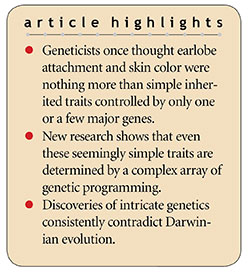 NEWS
Was a Franken-Fish “Created”?
In 2020, Hungarian zoologists described the hybridization of a Russian sturgeon and American paddlefish.1 Some sources have reported the scientists...
BY: FRANK SHERWIN, M.A.