Proclaim LIBERTY throughout all the Land unto all
the Inhabitants thereof Lev. XXV X
By Order of the ASSEMBLY of the Province of
PENSYLVANIA for the State House in Philada.

This is the inscription on the Liberty Bell, which is on display in the old town square of Philadelphia. Many of us have visited the bell or at least have seen pictures of it. Most of us also recognize the Scripture passage that was used to declare “liberty” from the oppression of Great Britain (Leviticus 25:10), bringing about the birth of our country in the late 1700s.

The United States celebrates Independence Day on July 4th because the Second Continental Congress approved and signed the Declaration of Independence on July 4, 1776. The famous opening lines read:

We hold these truths to be self-evident, that all men are created equal, that they are endowed by their Creator with certain unalienable Rights, that among these are Life, Liberty and the pursuit of Happiness.

The focus of the drive for independence in the 1700s was political liberty. That is, freedom from the oversight of a distant king whose interests and political advisors had little concern for the welfare of the newly formed colonies so far away from the European continent. Although the Bible may imply political freedom in some of its references about Israel, the ultimate freedom that it promised is freedom from the rule of evil secured by the salvation granted through the substitutionary sacrifice of our Lord Jesus.

The United States has a greater political freedom built into its governmental system than any other nation in history, but that freedom is both tenuous and fragile. In his Lyceum Address, the young Abraham Lincoln is often quoted as saying:

All the armies of Europe, Asia and Africa combined, with all the treasure of the earth (our own excepted) in their military chest; with a Buonaparte for a commander, could not by force, take a drink from the Ohio, or make a track on the Blue Ridge, in a trial of a thousand years.

At what point then is the approach of danger to be expected? I answer, if it ever reach us, it must spring up amongst us. It cannot come from abroad. If destruction be our lot, we must ourselves be its author and finisher. As a nation of freemen, we must live through all time, or die by suicide.

The verse from Leviticus engraved on the Liberty Bell was quoted correctly but misapplied. Political liberty is not what the declaration in the Scripture was promising. The laws of Israel were dictated to Moses by God Himself—a sequence of sabbatical “sevens” was contained in those laws culminating in the great year of “Jubilee” to be celebrated every 50 years. That Jubilee would liberate everyone from debt, restore personal property ownership, and “proclaim liberty throughout all the land.”

Israel never observed a Jubilee year—in fact, they did not even observe the sabbatical years of rest for their land. As a result, the Lord forced them into 70 years of captivity to punish their disobedience. Although the United States has enjoyed more personal liberty than any other nation, the distortion of that liberty has caused a growth of freedom to do evil among its population.

The nonprofit Freedom From Religion Foundation gains media attention by promoting the so-called principle of separation between church and state. That organization claims to be the nation’s largest association of freethinkers (atheists, agnostics, and skeptics) with more than 19,000 members. Working with well-known organizations like the ACLU, they have noisily agitated various public forums about religious encroachment and won important lawsuits to end supposed state-church entanglements.

People For the American Way, along with organizations such as Americans United for Separation of Church and State, has encouraged progressives on the one hand and libertarians on the other to infiltrate the major political parties. Even conservative thinking has begun to endorse such policies as gay rights and the legalization of recreational drugs, introducing various bills in state and federal houses to make such atrocities the law of the land. The freedom of a woman’s “right to choose” to kill her unborn child is now a major entrenched “liberty” still being forced on our nation.

God’s warning to Israel given through the prophet Isaiah is worth remembering:

May God have mercy on our country and bring the conviction and repentance of real liberty to our land.

During his magnificent theological discussion in Romans of what God has done for those who are twice born, the great scholar Paul developed a beautiful description of the “glorious liberty of the children of God” (Romans 8:21). Three chapters are central to this wonderful truth. 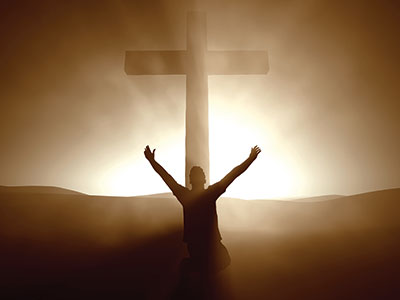 Romans 6 defines the absolute and eternal condition that results from the new birth. We who were dead because of sin have been made alive to God (Romans 6:11). This entire chapter contrasts the new birth with the old deadness. Sin has no more authority. Holiness and the freedom to reign over sin are granted both in authority and power. Sin’s wages are death, but God’s gift is eternal life. Once we become the servants of God, it is not possible for us to serve sin. The great liberty that God grants empowers us to “present [our] members as slaves of righteousness for holiness” (Romans 6:19). God’s promise is simple and powerful: “Sin shall not have dominion over you” (Romans 6:14).

Romans 7 amplifies the challenge we face even with the power of the “glorious liberty.” Even though we are “dead to the law” and are “married” to Christ (Romans 7:4), there is a real battle going on between our flesh and a new law in our minds. In fact, “nothing good dwells” in our flesh (Romans 7:18). That old nature, the “law of sin,” is still operative and trying to bring us back into captivity (Romans 7:23). The warnings are clear—the one who serves the flesh cannot serve God. Instead, God instructs us to serve Him, saying, “With the mind [we] serve the law of God” (Romans 7:25).

The beautiful crescendo of this glorious liberty is outlined in Romans 8. Even though there is a constant battle going on between the flesh and the new mind gifted to us by God at salvation, there is “no condemnation to those who are in Christ Jesus, who do not walk according to the flesh, but according to the Spirit” (Romans 8:1). Since we are dead to the flesh, we are enabled and empowered to be “led by the Spirit of God” (Romans 8:14). Living after the flesh can only lead to death. Living according to the leading of the Spirit of God brings us into genuine liberty and conscious righteousness that provide the “peace…which surpasses all understanding” (Philippians 4:7).

Long ago, King David composed the marvelous acrostic Psalm 119. He speaks of the many ways that the Word of God provides true liberty for those who follow the teachings of our Creator:

Let Your mercies come also to me, O LORD—Your salvation according to Your word. So shall I have an answer for him who reproaches me, For I trust in Your word. And take not the word of truth utterly out of my mouth, For I have hoped in Your ordinances. So shall I keep Your law continually, Forever and ever. And I will walk at liberty, For I seek Your precepts. (Psalm 119:41-45)

Many years later, Paul encourages us to cling to that freedom: “Stand fast therefore in the liberty by which Christ has made us free, and do not be entangled again with a yoke of bondage” (Galatians 5:1). And God continues to reach out to each of us with the offer of genuine liberty. His voice still calls us to follow Him along the path of eternal liberty.