The entirety of  Your word is truth, and every one of Your righteous judgments endures forever. (Psalm 119:160) 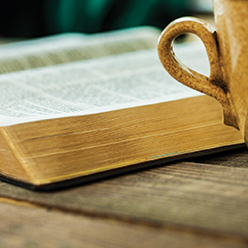 A recent Pew Research Center poll showed the number of Americans who professed to be Christian declined by 7.8% between 2007 and 2014, while the number professing other faiths or identifying as unaffiliated increased by 7.9%.1 Only 50% of the younger millennials (born 1990–1996) believe in God with absolute certainty, and only 52% believe that Scripture is the Word of God.1,2 These are alarming figures that reflect our postmodernist culture and our views of who God is and what He has done. A telling indicator would be a millennial’s answer to the question “Did God really create the world in six days?”

The Christian community holds varying views on the first chapter of Genesis. Some simply believe the biblical six-day creation narrative as it stands, while increasing numbers of people attempt to fit creation into the hypotheses of modern secular science or other views consistent with a deep-time paradigm of a universe billions of years old.

The deep-time paradigm and a rational view of Holy Scripture cannot be reconciled.

Although there is no general agreement among the old-earthers as to how the ages of the earth were manifest, there are three major views that attempt to fit the biblical narrative into deep time:

The gap theory maintains there is a significant time gap between Genesis 1:1 and 1:2. However, this interpretation must be forced upon the original text since the original Hebrew clearly links 1:1 and 1:2 in time. It is also interesting that this hypothesis maintains that death came before man’s creation, but the Bible clearly teaches death came as a direct result of man’s sin.7

The day-age interpretation has its own set of problems. First is the clear presentation in the Bible that each of the six days of creation was a 24-hour day.8 Second, this interpretation has the same death before sin problem that the gap theory does. Third, this interpretation seriously contradicts current observations of nature. For example, according to Scripture, God brought forth grass, herbs, and fruit trees on the third day before He created the sun to provide light for photosynthesis on the fourth day and insects to pollinate the fruit trees on the sixth day. It’s rather difficult to see how this creation order would fit into a tenable day-age paradigm.

Finally, if God actually created the world to have an apparent deep-time age, then He would be contradicting Himself in Numbers 23:19 and deliberately deceiving His creation.9

What are the real scientific facts? The observations and reproducible experimental data support the biblical narrative better than any of the current scientific hypotheses such as deep time that appear to contradict both the Bible and the data.

One cannot reasonably believe in deep time and also believe the Bible is an accurate record of God’s Word to man. The deep-time paradigm and a rational view of Holy Scripture cannot be reconciled. Many of our youth realize this. Why don’t those who preach the compatibility of Scripture with evolution and deep time? Perhaps those who place their view of science over the Bible need to stop and think this through and be like the father who cried out to Jesus, “I believe; help my unbelief!”10