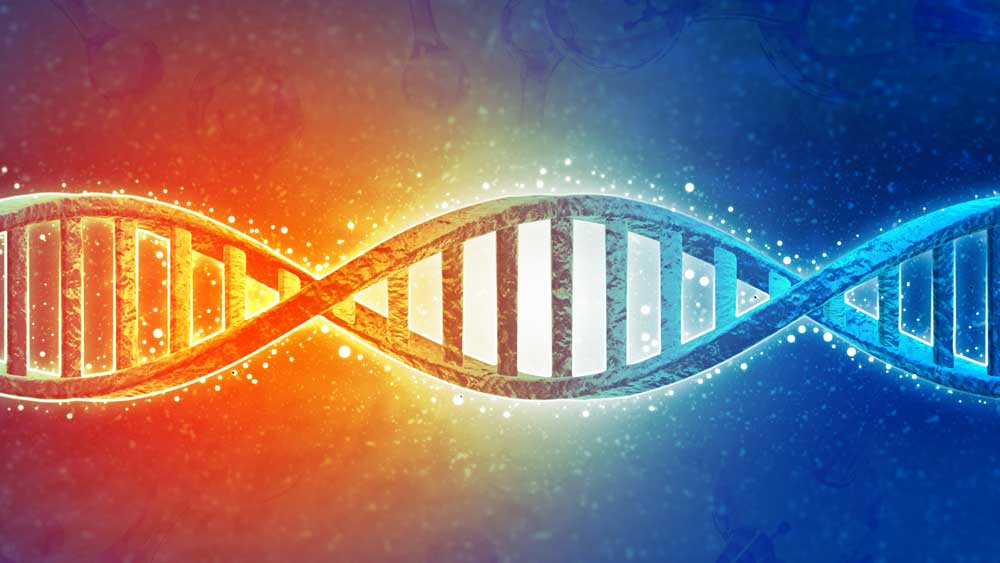 NEWS     CREATION SCIENCE UPDATE     EVIDENCE FOR CREATION     EVIDENCE FROM THE LIFE SCIENCES     MAN WAS CREATED BY GOD     MAN WAS CREATED DISTINCT FROM APES     GENETICS     LIFE SCIENCES RESOURCES
Human Genome 20th Anniversary—Junk DNA Hits the Trash
BY JEFFREY P. TOMKINS, PH.D. *  |
MONDAY, APRIL 12, 2021
The first rough drafts of the human genome were reported in 2001 (one in the private sector and one in the public sector).1-2 Since then, after 20 years of intensive globally conducted research, the data has revealed a wealth of complexity that has completely upset all of the original evolutionary misconceptions.3 Most importantly, the false evolutionary paradigm of “junk DNA” has been utterly debunked in favor of a new model, one containing pervasive functionality and network complexity. The reality of this seemingly unending complexity is only just beginning to be revealed—an inconvenient fact that points directly to an omnipotent Creator.

A recent cover story in the journal Nature briefly summarized the past 20 years since the original publications with the first drafts of the human genome hit the press.3 When the first phase of research was completed in 2001, it was initially found that the genome contained about 25,000 protein coding genes and that the actual coding segments of these genes only accounted for about 2% of the total DNA sequence. Many evolutionists found affirmation in these initial reports. This was because the neutral model of evolutionary theory predicted that there should be vast regions of the human genome in evolutionary limbo (termed “junk DNA”). These alleged nonfunctional regions would then be randomly churning out new genes for nature to magically select.4-5 Needless to say, this misguided evolutionary speculation was short-lived.

Since 2001, numerous research projects have demonstrated that these uncharted and mysterious regions of the human genome were not junk at all. Rather, they were vital to life and good health. In a subsection of the new Nature article entitled "Not Junk," the authors say, "With the HGP [human genome project] draft in hand, the discovery of non-protein-coding elements exploded. So far, that growth has outstripped the discovery of protein-coding genes by a factor of five, and shows no signs of slowing." They also said, "Thanks in large part to the HGP, it is now appreciated that the majority of functional sequences in the human genome do not encode proteins. Rather, elements such as long non-coding RNAs, promoters, enhancers and countless gene-regulatory motifs work together to bring the genome to life."

The main points of the past 20 years of research on the human genome can be summarized as follows:


1) The human genome is a complete storehouse of important information, and this fact negates the concept of junk DNA.

2) Protein-coding genes are largely a basic set of instructions within a complex and larger repertoire of regulatory DNA sequence.

3) Many more genes exist (compared to protein coding genes) that code for functional RNA molecules that are not used to make proteins, but do other jobs in the cell.

4) A vast number of regulatory switches and control features exist in the human genome that regulate its function.
The pervasive and complex design of the human genome is exactly what’s gleaned from the Bible. After all, the scriptures say in Psalm 139:14, “I will praise You, for I am fearfully and wonderfully made; Marvelous are Your works, And that my soul knows very well.”

*Dr. Tomkins is Director of Research at the Institute for Creation Research and earned his doctorate in genetics from Clemson University.