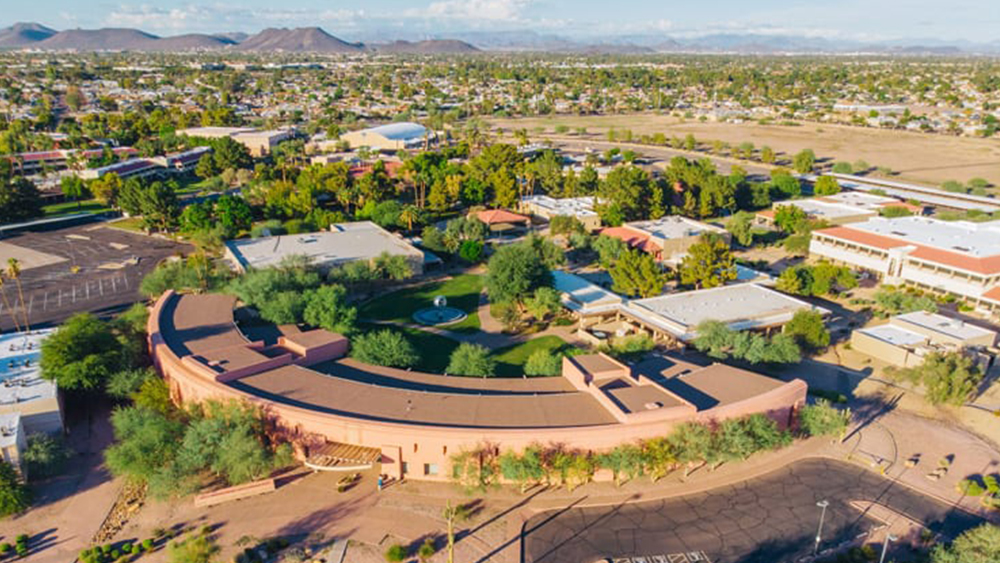 NEWS     CREATION SCIENCE UPDATE
ICR Contributes to 2021 Creation Research Society Meeting
BY JAKE HEBERT, PH.D. *  |
MONDAY, AUGUST 30, 2021
About 150 people attended the 2021 Creation Research Society Meeting (July 23-24), roughly double the number of attendees at the first meeting in 2009.1 With the exception of the Creation Science Movement in the United Kingdom, the CRS is the oldest creation science organization in the world, founded in 1963 by Dr. Henry M. Morris (ICR’s founder) and nine other creation scientists.2

Last year’s meeting was cancelled due to the coronavirus pandemic, so it was very nice to see old friends and colleagues after two years. This year’s CRS meeting was held on the campus of Arizona Christian University (ACU) in Glendale, a suburb of Phoenix. Attendees included both professional creation scientists and creation enthusiasts of all ages. I was especially encouraged by the many young people in attendance and their genuine interest in creation science. Two teenage twin sisters said their attendance at the CRS meeting was the best birthday gift they could have requested! Speaking for myself, I had a wonderful time, and I think the same was true for the other attendees.

A meet and greet took place at the CRS headquarters on Thursday evening, before the official start of the conference on Friday. Plenary lectures were given by CRS President Dr. Robert Hill and CRS Board Member Dr. Mark Horstemeyer. On Friday evening, physicist and creation researcher Dr. Russell Humphreys was the invited speaker for the Henry M. Morris Memorial Lecture, in which speakers share their personal recollections of ICR and CRS founder Dr. Henry M. Morris. As always, this event was open to the general public.

Drs. Jake Hebert, Tim Clarey, Randy Guliuzza, and (hon.) Frank Sherwin attended the conference on behalf of ICR. I gave a talk on my efforts to improve creationist ice sheet models, some of which has been published in the peer-reviewed quarterly journal of the CRS.3,4 Tim Clarey gave an update (co-authored with ICR’s Dr. James J. S. Johnson) on the global megasequence rock database that ICR scientists are constructing, and how it is meshing perfectly with the progressive Flood described in Genesis Chapter 7.5 Frank Sherwin gave a lecture on the origin of nematode parasitism in an originally “very good” created world. Skeptics, such as David Attenborough have cited the horror of such parasitism as an argument against Creation, but creation researchers have recently made real progress in explaining this particular example of the world’s “groaning and laboring” (Romans 8:22) within a creation context.6,7

Other speakers spoke on biblical cosmology, building the creation model, scientific evidences for God’s existence, the possible effect of increased cosmic rays after the Genesis Flood, and many other topics.

After the conference, nearly 50 participants chose to partake in an optional bus ride to the south rim of Grand Canyon, with a walking tour of the rim led by Dr. Clarey. This was a real treat, and for some (like myself) our first time to see in person this monument to the Flood.

Many thanks to the CRS Conference committee and staff for all their hard work in making this year’s CRS meeting a success!

If you are interested in creation science, the annual CRS meeting is a great way to get involved and to interact with those on the cutting edge of creation science. Next year’s meeting is scheduled to be held at Liberty University on July 29-30. You can learn more about the Creation Research Society at its website.8