A new study investigating the three-dimensional human genome (the nucleome) in the context of time and gene expression revealed unimaginable complexity and precision. The authors of the research paper, published in the Proceedings of the National Academy of Sciences, wrote at the beginning of their report, "The human genome is a beautiful example of a dynamical system in three dimensions."1 The results of their research spectacularly vindicated this opening statement.

Inside a cell's nucleus, the human genome functions in three dimensions, with each different chromosome occupying specific regions and conformations according to its cell type. For example, the 3D structure of a liver-cell nucleus is different than that of a brain cell. In addition, genes that are co-regulated in the same type of cellular process are often brought together in specific locations inside the nucleus called transcription factories, even if on different chromosomes.2,3,4 These transcription factories make and process messenger RNAs (functional RNA copies of genes) transcribed from the genes. The transcription factories appear to remain relatively stationary while the DNA is moved into place and reeled through them like film through a projector.

Researchers are now trying to integrate this type of complex three-dimensional gene expression data with cellular processes like cell differentiation or the response to various physiological stimuli. This involves simultaneously studying thousands of genes and their physical positions in the genome using a variety of genomic technologies in which the data must be integrated and analyzed with elaborate statistical models.

In this new study, researchers performed part of their analyses using a technique called chromosome confirmation capture. This approach provides genome-wide structural information on how the chromosomes are positioned in relation to each other.5 The study authors combined these results with additional information from 3D microscopic imaging and millions of RNA sequences captured across the genome to develop a comprehensive picture of the nucleome.

As if three dimensions were not enough, the researchers repeated these experiments across multiple time points in response to the body's day/night time-keeping system—called a circadian clock—adding the fourth dimension of time to the study.

Amazingly, they discovered thousands of genes across the genome dynamically and precisely regulated by the body's internal clock. This stunning orchestration of complex genetic activity occurs across the 3D genome. The researchers wrote, "Genomic movements in 3D space provide a geometric picture of gene regulation in the context of circadian clocks, one that may give insight into the mechanisms regulating biological time."1

Not only are thousands of genes coordinately regulated together in 3D space in a precise manner according to cell type and relevant physiological processes, but they also function within the context of time, the fourth dimension, in a wondrously precise genetic dance. These types of biological systems are incredibly complicated and our understanding of them is only beginning.

The complexity is astounding and utterly defies the failed evolutionary paradigm that this all somehow developed through random purposeless processes. Complicated engineered systems never develop by chance, and what has been described in this report is far beyond humankind's ability to fully comprehend. These types of 4D systems can only be attributed to an omnipotent Creator.

Cellular Evolution Debunked by Evolutionists
by Jeffrey P. Tomkins, Ph.D., and Timothy Clarey, Ph.D.* Perhaps the greatest problem for evolution is where and how the first biomolecules...
BY:  VARIOUS AUTHORS 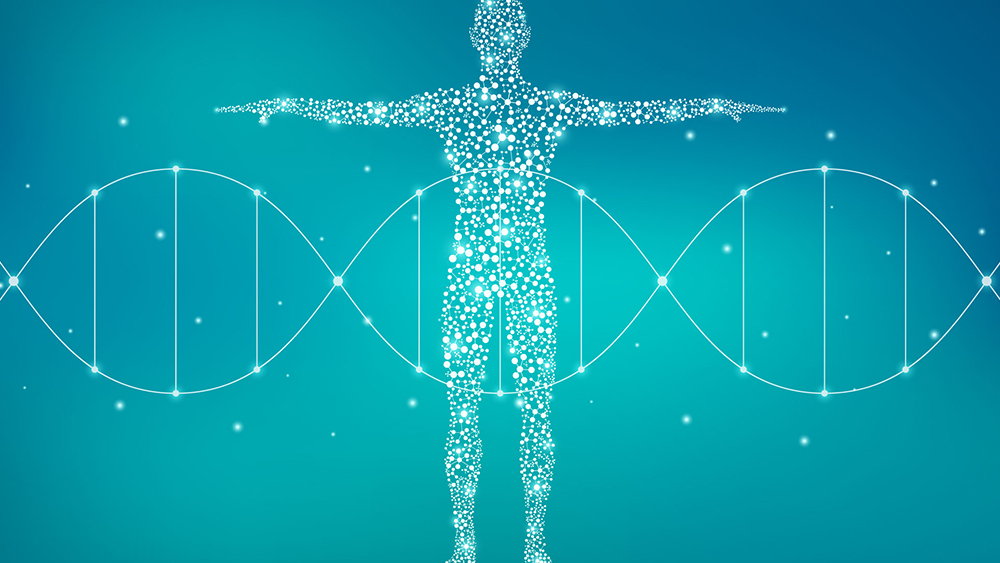 95% of Human Genome Can't Evolve
A new study just came out that analyzed vast amounts of data from human genome samples from all over the world.1 Based on the evolutionists’...
BY: JEFFREY P. TOMKINS, PH.D.