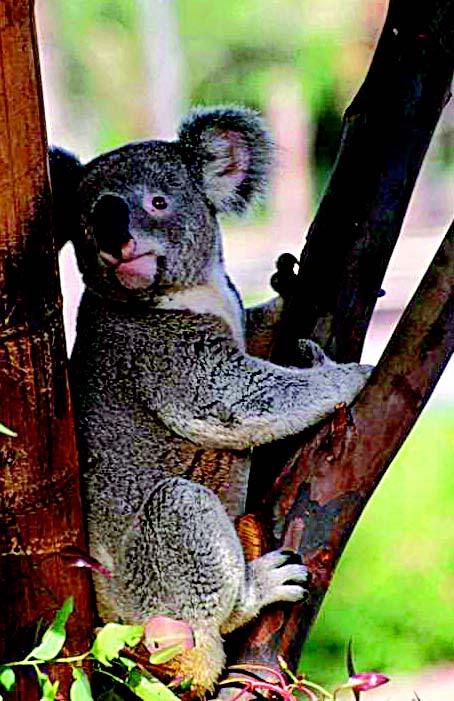 For Darwinists, the origin of the koala "is far from solved."1

According to evolutionism, it's supposedly related to the kangaroo and wombat, but the creation model states koalas have always been koalas — they didn't evolve from a different animal. Darwinists describe marsupials — such as the koala — as more "primitive" than placental mammals. This is what some call "Eurocentric bias," seeing biological differences to be perceived inferiorities. Creation scientists maintain neither reproductive method (marsupial vs. placental) is consistently superior to the other, they're just different.

An evidence for koala evolution is the "vestigial" tail (a structure that serves no function but resembles the structure of presumed evolutionary ancestors). But how does the evolutionist know it's vestigial? Creationists suspect that the thickly-padded tail is designed by the Creator to aid in koalas sitting in trees — which they do their entire life.

The challenges to evolution are many according to editor and evolutionist Garret Hardin ("39 Steps to Biology," Scientific American books). The challenge in this particular case is the chemistry (physiology) of the koala. The Creator has designed this creature to live almost entirely on the leaves of 35 of the 600 species of Eucalyptus trees growing in Australia. Water should be a problem for the koala; she drinks none — or hardly any. Instead, she obtains moisture from the leaves.The volatile oils of this tree are toxic to other animals, but the amazing liver chemistry of the koala detoxifies her yummy eucalyptus meals.

"The koala's thermoregulatory pattern is attuned to [water from the eucalyptus leaves], and so . . . the animal is potentially able to thrive in most of the forests of Australia."2

Obviously the koala, like all animals, is composed mostly of protein (e.g., flesh, organs, muscle), but her diet is composed of just eucalyptus oils and cellulose which are virtually protein-free. How then does the koala get the critical protein for normal functioning (skin and gastrointestinal tract replacement, liver proteins, and critical blood proteins, etc.)? The answer is the eucalyptus leaves contain digestible nitrogen, a critical element in protein. But the koala's GI tract also contains a number of wonderful microorganisms in its long cecum. It is these tiny, single-celled creatures (made up of protein) that break down the eucalyptus leaves as they are eaten. During normal intestinal movements a constant stream of these microorganisms are digested by the koala, contributing additional daily protein the creature needs to make muscle and other protein-based structures. Amazing! The fingerprint of the Creator!