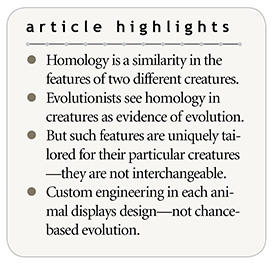 An evolutionist friend and I recently chatted about animals. He said it’s amazing how many different animals’ skeletons look so similar. Just stretch, shrink, and shape the bones of one creature to transform them into the skeletal arrangement of another. I recognized this as his way of expressing the keystone argument for evolution called homology. The conversation reminded me of two major flaws with this idea.

To scientists who reject the existence of a Creator, homology basically means that two different creatures with a similar feature must have evolved from a shared ancestor that also had that feature.1 Evolutionists label these similarities homologous features. For example, raccoons and humans have five fingers on each hand. Does this require that raccoons and humans both evolved from an unknown five-fingered mammal that lived millions of years ago? 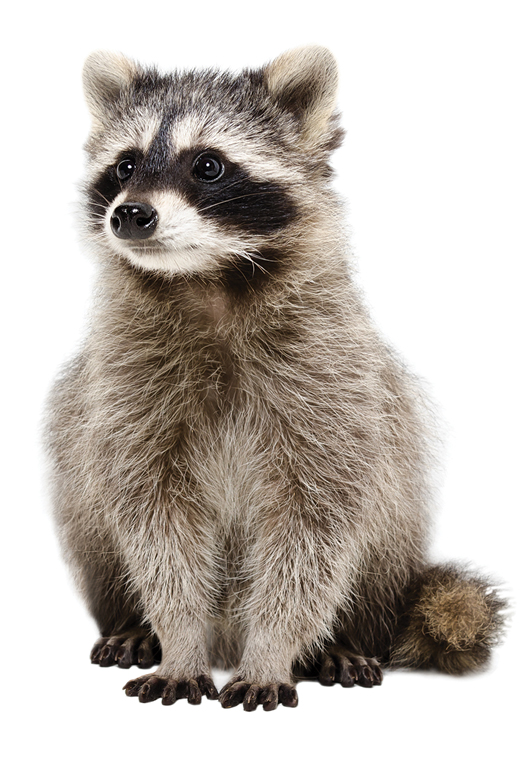 Perhaps the most obvious flaw in this view is that the evidence fails to favor one origins option over the other. One may argue that evolution explains it, but what if a Creator crafted those five fingers only thousands of years ago to ensure raccoons and humans have just the right tools to thrive across a range of times and places? Either creation or evolution could explain the fact of five fingers.

That leads us to the second flaw in the homology argument—it oversimplifies similarities between the features. Creature features may look simple from a distance, but they actually require personal, skillful, preplanned precision engineering of the same sort that cars need. Cars and trucks have metal frames to which their engines and four wheels attach. At first glance, one might remark about how amazingly similar so many vehicles look. All you’d need to do is stretch and scrunch one frame to transform it into another vehicle’s frame. But zoom in closer and you’ll see that each tiny difference precisely accommodates a specific part. Even very similar vehicles often require different-size bolts, increased frame thicknesses to support higher engine torque ratios, and many other body style specifications. One can pretend that a car frame evolved into a truck frame, but we know that actual engineers customized each of these design details. The same could certainly be true of living creatures.

Imagine replacing a bone with the corresponding bone from a different creature. Would your hand work better with a raccoon thumb stuck on it, or the raccoon’s with yours? Instead, the length, width, size, shape, thickness, density, and angle of each bone’s facet makes a precise fit with its neighboring bone.

Where can we witness nature engineering features? When have we seen an animal skeleton morphing into that of another animal? As I saw printed on a recruitment poster for an engineering school, “Cool stuff doesn’t just make itself.” This truth applies just as much to man-made parts as it does to God-made creatures, despite the chatter about homology.

Upon closer examination, we find that similar creature features don’t point to a common ancestor but to a common designer. The precision engineering observed in both animals and people suggests that a Creator handcrafted every part.