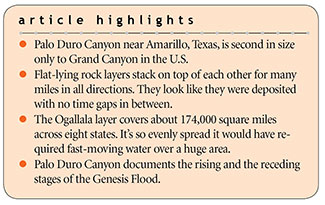 ICR scientists recently led field trips through Palo Duro Canyon near Amarillo, Texas, pointing out many geological features that show clear evidence of the global Flood. The walls of the canyon display over 700 feet of Flood strata.

Palo Duro Canyon is the second-largest in the U.S., behind only Grand Canyon. A bright orange siltstone, the Permian Quartermaster Formation, forms the base of the canyon. Secular scientists claim this layer is about 250 million years old. On top of this are the multicolored Triassic Tecovas Formation (shale) and Triassic Trujillo Formation (sandstone), both claimed to be about 210 million years old. These units were deposited just prior to the layers containing most of the dinosaurs. They contain fossils of phytosaurs (large crocodile-like reptiles) and amphibians up to seven feet in length.1

These sedimentary strata look like they were deposited layer after layer with no time gaps in between.

The rocks show no evidence of the supposed 40 million years of missing time between the Quartermaster and the overlying Tecovas. What are observed are flat-lying rocks upon flat-lying rocks for tens of miles in all directions. These sedimentary strata look like they were deposited layer after layer with no time gaps in between. 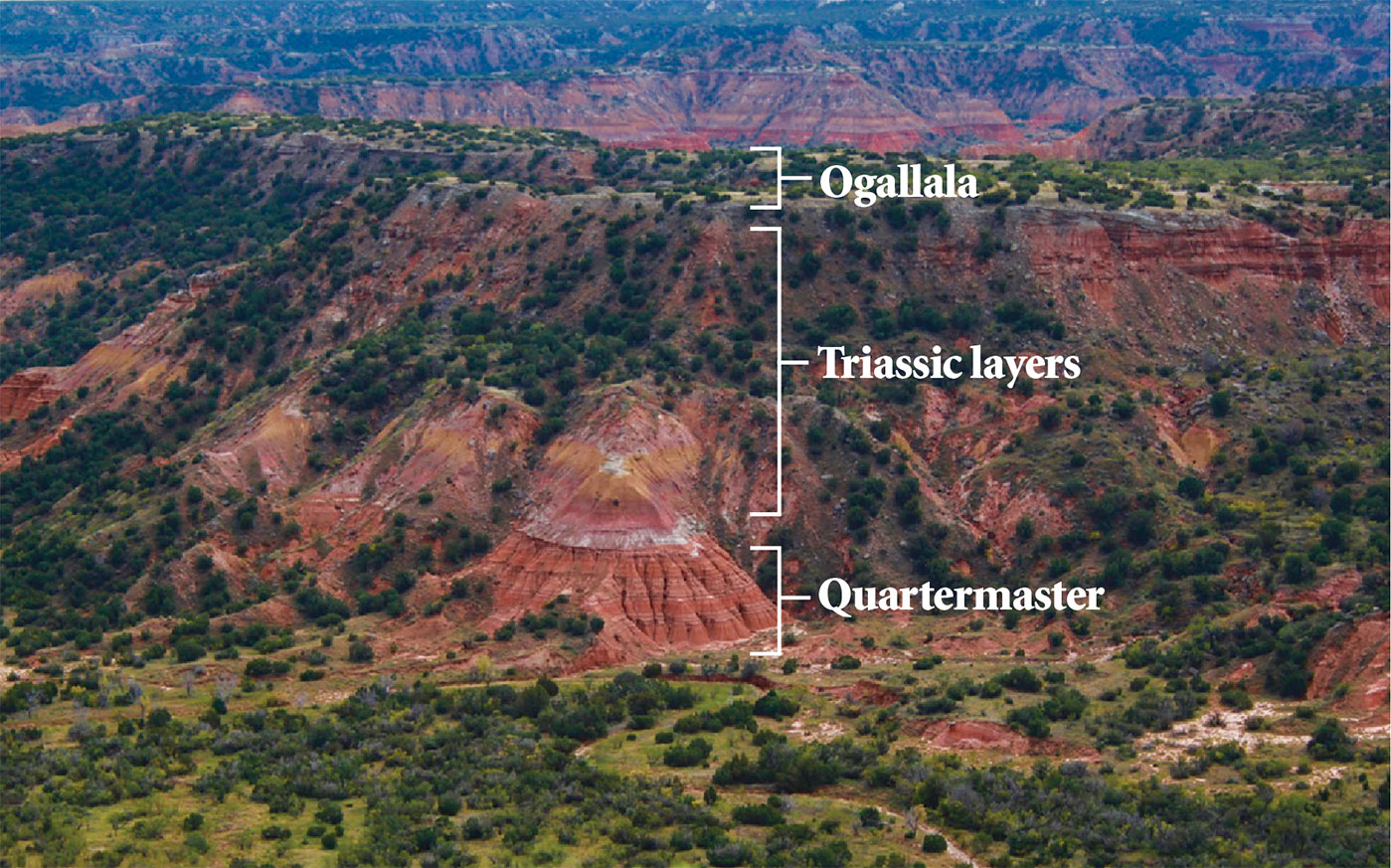 The cap rock that makes the upper rim of Palo Duro Canyon is the Miocene-Pliocene Ogallala Formation. Composed of a tan cliff-forming sandstone, some siltstone, and a basal conglomerate layer,1 this uppermost unit is thought by evolutionists to have been deposited between 4 to 10 million years ago.2 Evolutionary geologists have recognized this uniformitarian paradox, stating:

You will note a lot of time is missing between the Trujillo and the Ogallala. Either the rocks representing about 200 million years of time were eroded away, or they were never deposited; whatever the case, a great unconformity is represented by the mere line between the multi-colored upper beds of the Trujillo and the lower tan beds of the Ogallala.3

The lack of any visible erosion is strong evidence that there were not millions of years between the deposition of the Triassic beds and the overlying Ogallala. Instead, we see a pattern—much like we see in Grand Canyon—that is best explained by continuous activity. The Ogallala is conformable to the underlying Trujillo all around the canyon rim, with no tilting of the underlying units and no erosional channels carved into the boundary surface. 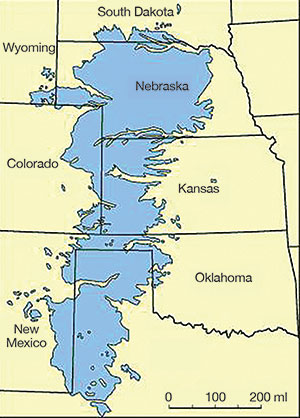 Figure 1. The extent of the Ogallala Formation across the Great Plains region.

The Ogallala covers about 174,000 square miles from Texas to South Dakota (Figure 1).4 While it is only 20 to 40 feet thick in the canyon, it increases to over 700 feet across much of the Great Plains. Igneous and metamorphic cobbles in the basal conglomerate of the Ogallala are sourced from the Rocky Mountains, hundreds of miles to the west.1

Secular scientists claim these are deposits from rivers, but a receding mega-flood explanation better fits the broad extent of the Ogallala. How else can a blanket sand layer spread across thousands of square miles with no evidence of river channelization? And localized post-Flood catastrophism cannot explain the massive extent of this deposit either, just like isolated regional processes cannot explain the huge deposit of the Whopper Sand in the deep Gulf of Mexico.5

Palo Duro Canyon documents the rising and the receding stages of the Genesis Flood.

The formation of the Ogallala would have required high-energy conditions over a huge area, similar to sheet-wash off a parking lot, to distribute the cobbles and sands so evenly across vast regions of the Great Plains. Visitors to Palo Duro Canyon can witness a vivid reminder of the rising and the receding stages of the Genesis Flood.