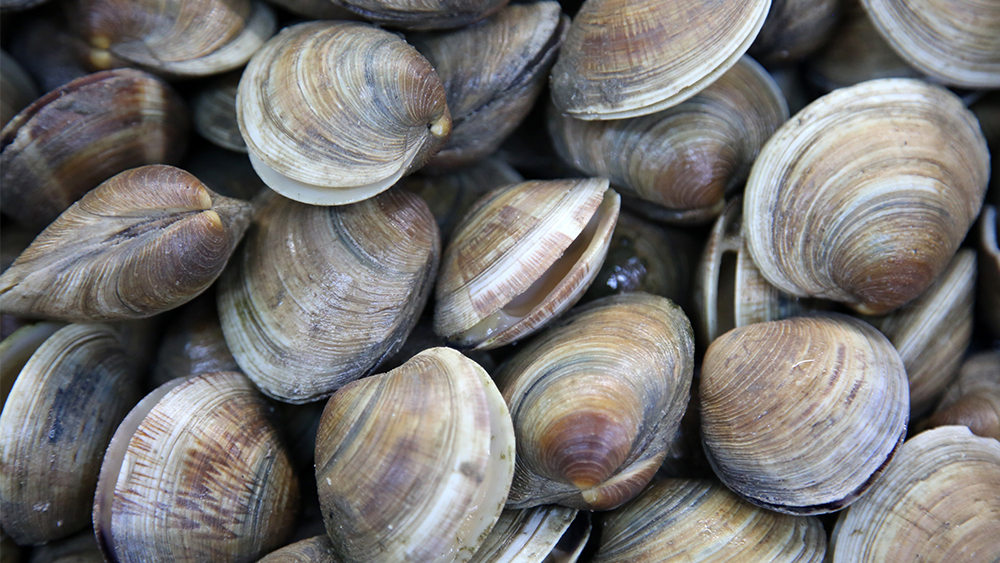 Evolutionary philosophy states the fossil record is a record of the gradual and slow evolution of life forms that all came from a single common ancestor impossibly long ago.1 Yet, the fossils don’t document this.2 It has long been known strange life forms appear abruptly and undergo either stasis3 (no change) or extinction.

Living fossils are those living creatures—plant or animal—that are almost identical to those in the fossil record and were thought to be extinct. Sometimes called “Lazarus taxa,” they appear alive in populations today. Examples are legion: the horseshoe crab, damselfly4, coelacanth5 and gar fish, lobsters, Andean tapir, magnolia flowers, Wollemi pine6, and many others. The living counterpart looks so much like its fossilized predecessors that identification down to the species level is often possible.

Recently, “a small clam, previously known only from fossils, has recently been found living at Naples Point, near Santa Barbara[, CA].”7

Jeff Goddard, a research associate at UC Santa Barbara's Marine Science Institute said, "[Our clam species] doesn't go back anywhere near as far as the famous Coelacanth or the deep-water mollusk Neopilina galatheae—representing an entire class of animals thought to have disappeared 400 million years ago—but it does go back to the time of all those wondrous animals captured by the La Brea Tar Pits."7 This is more proof that clams have always been clams.

Goddard contacted Paul Valentich-Scott, curator emeritus of malacology at the Santa Barbara Museum of Natural History. Valentich-Scott was familiar with this family of bivalves (Galeommatidae) but after looking at the images Goddard took, he realized he had never seen this particular clam before.

After a number of trips back to Naples Point, Goddard finally found the little bivalve again in March 2019. He rediscovered “the needle in the haystack: A single specimen [now classified as Cymatioa cooki], next to a couple of small white nudibranchs and a large chiton.”7

The 2 researchers decided to check out an intriguing reference to a fossil species. They tracked down illustrations of the bivalve Bornia cooki from the paper describing the species in 1937. It appeared to match the modern specimen. If confirmed, this would mean that Goddard had found not a new species, but a sort of living fossil.7

It has been confirmed. This is yet one more example of a very long list of living fossils.8 Their very existence challenges Darwin’s theory and the long ages associated with it.

* Dr. Sherwin is science news writer at the Institute for Creation Research. He earned an M.A. in zoology from the University of Northern Colorado and received an Honorary Doctorate of Science from Pensacola Christian College.
More Days of Praise