Road bicycle racers are exciting to watch as they race in tight packs at speeds between 30-40 miles per hour. Cycling is a risky sport, and numerous racers have been injured or killed as they contend with the challenges of hazardous road and environmental conditions like strong cross winds. Some new technology may help reduce the risk of cycling accidents.

The engineers who design racing bikes look to achieve the fastest, yet safest, bicycles possible. One company, Zipp Speed Weaponry, spent four years developing new rims for racing wheels that are aerodynamically more stable in crosswinds. The engineers found a highly successful unpatented design, copied a portion of it, and applied it to their wheel technology.

A report on the new wheels describes the linkage between design imitation and the new Zipp 454 wheel,

“For the 454, Zipp looked to humpback whales and, specifically, the lumps on the leading edges of their pectoral fins. Called tubercles, these protrusions make humpbacks more agile by keeping water attached to their flippers when they turn. In the same way that a plane can stall when air separates from the wing during high-speed maneuvers, uncontrolled turbulence over a whale’s flipper makes turning more difficult. Tubercles keep the water attached as it flows past….Zipp says its SawTooth tubercles, which the company calls ‘Hyperfoils,’ make deep-section rims more stable in crosswinds by forcing air to slip around and off the rims in a much more predictable manner.”1

Recently, ICR has encouraged readers to contemplate how engineering principles should guide biological research.2 Just as engineering principles govern how these tubercles work on either humpback whale fins or Zipp 454s, we noted that “Just like man-made things, God-made things in our material realm don’t defy the properties of natural laws such as gravity, inertia, and momentum. Rather, design mechanisms utilize those properties….” In this bike wheel example, the engineering discipline of fluid mechanics explains how these tubercles function.

Fortunately, God hasn’t patented any of His designs and He is likely pleased and honored when humans apply them into useful technologies—if He is duly credited. 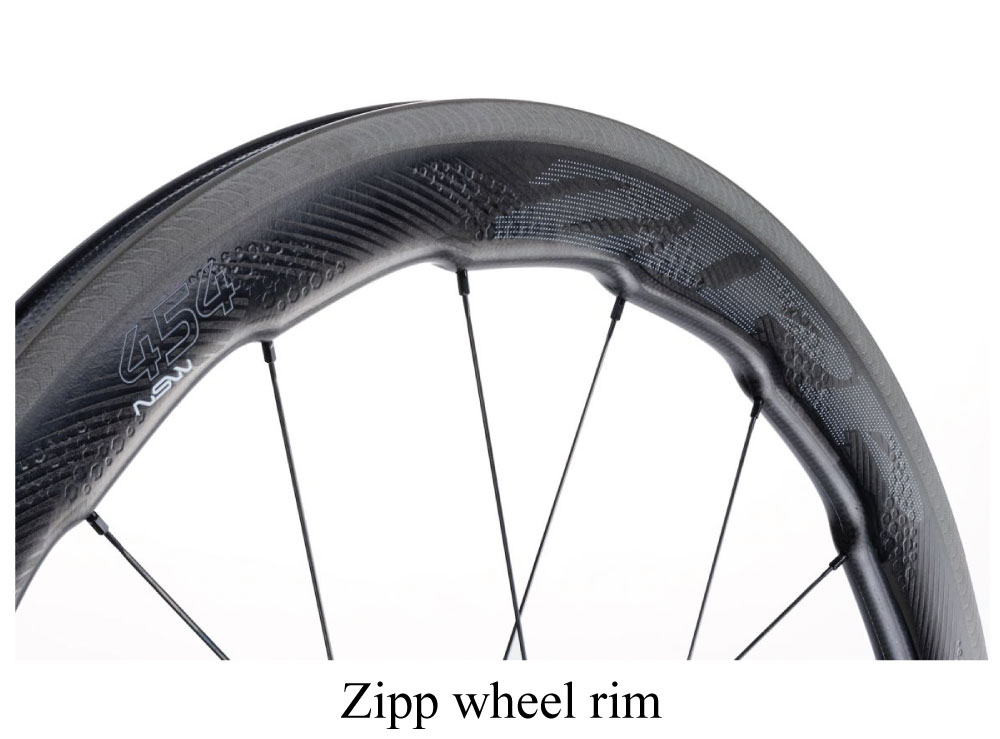 Another important point ICR has emphasized is how some people reasonably infer that God created living things. They associate the distinctive characteristics of highly skilled workmanship to both living and man-made things—like whales and wheels. Others withhold giving God credit for creating the material realm. Instead, they substitute the mystical notion that environments can somehow exercise an agency that makes elaborate things, which leads these individuals to venerate nature as Creator by default. They give nature an imaginary law-like creative power over organisms and believe that nature somehow selects for traits like a human dog breeder. God’s true agency is exchanged for false projections of volition onto unconscious environments.

The report on Zipp’s new wheels is a clear example of how evolutionists are content to plug a massive void of empirical evidence with their faith that nature somehow exercises agency, “At the unveiling of the 454s in London Wednesday night, Zipp engineers repeatedly turned to the idea of biomimicry, an old concept of approaching engineering problems by looking to how nature has solved them.” But nature can’t solve anything because it has no mind or will—it can’t think, plan, or build.

Nature can’t solve anything because it has no mind or will—it can’t think, plan, or build.

Fortunately, God hasn’t patented any of His designs and He is likely pleased and honored when humans apply them into useful technologies—if He is duly credited. Cyclists maneuvering a bit safer on the roadway riding on Zipp 454s are just another beneficiary of the Lord’s good provision.

*Randy Guliuzza is ICR’s National Representative. He earned his M.D. from the University of Minnesota, his Master of Public Health from Harvard University, and served in the U.S. Air Force as 28th Bomb Wing Flight Surgeon and Chief of Aerospace Medicine. Dr. Guliuzza is also a registered Professional Engineer.