“Are you a religious person?”

This question is not allowed on job applications and it is prohibited during job interviews. And regardless of the truth, the religious affiliation of an individual cannot be used to deny employment, except perhaps in church work. 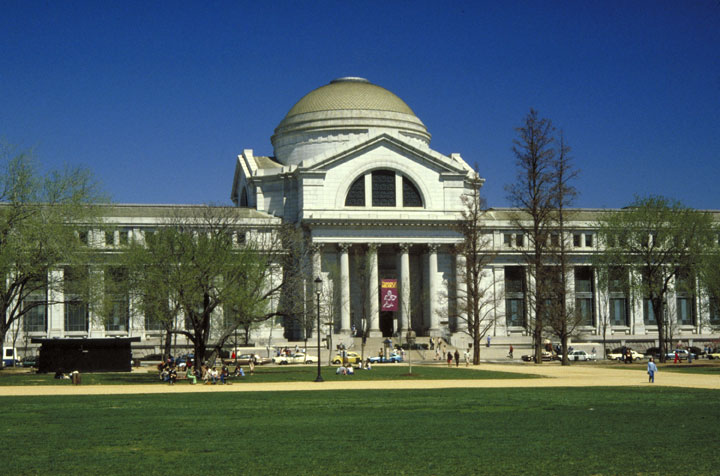 However, the Smithsonian Institution, an agency of the United States government, has been using this question to penalize one of its most gifted scientists, Dr. Richard Sternberg.

A Research Associate at the National Museum of Natural History, Dr. Sternberg is an evolutionary scientist with two doctorates in biology, one in molecular evolution and the other in theoretical biology. In addition to his research work at the Smithsonian, he served as managing editor of the peer-reviewed Proceedings of the Biological Society of Washington.

During his oversight of this journal, Dr. Sternberg accepted for publication an article titled “The Origin of Biological Information and the Higher Taxonomic Categories” by Dr. Stephen C. Meyer, a Cambridge-educated scientist. Publication was accepted only after passing the required peer-review process by other scientists. Dr. Meyer’s article, though highly academic in nature, suggested that Intelligent Design could better solve the biological problems currently under scrutiny.

Publication of Meyer’s article, however, sparked a firestorm of internal controversy that resulted in discriminatory harassment of Dr. Sternberg by senior Smithsonian scientists and administrators. So defaming were these actions that a congressional oversight committee investigated the claims and publicly released its findings in December 2006 titled "Intolerance and the Politicization of Science at the Smithsonian: Smithsonian's Top Officials Permit the Demotion and Harrassment of Scientist Skeptical of Darwinian Evolution."

Included in the investigation report are emails between Smithsonian officials regarding Dr. Sternberg’s situation and how to terminate his relationship with the museum. The Smithsonian even enlisted the help of Eugenia Scott, Director of the National Center for Science Education, to “monitor Sternberg’s outside activities.”

The staff investigation has uncovered compelling evidence that Dr. Sternberg’s civil and constitutional rights were violated by Smithsonian officials. Moreover, the agency’s top officials—Secretary Lawrence Small and Deputy Secretary Sheila Burke—have shown themselves completely unwilling to rectify the wrongs that were done or even to genuinely investigate the wrongdoing. Most recently, Burke and Small have allowed NMNH officials to demote Dr. Sternberg to the position of Research Collaborator, despite past assurances from Burke that Dr. Sternberg was a “Research Associate in good standing” and would be given “full and fair consideration” for his request to renew his Research Associateship. The failure of Small and Burke to take any action against such discrimination raises serious questions about the Smithsonian’s willingness to protect the free speech and civil rights of scientists who may hold dissenting views on topics such as biological evolution.

The Sternberg case is actually a couple of years old, though the congressional oversight committee just completed its investigation. And Dr. Sternberg is not a creationist by any means. He simply allowed a non-Darwinian to publish a scientific paper in an academic journal. For that sin, his career is under attack. Read Dr. Sternberg’s own defense of his actions at rsternberg.net.

In a Wall Street Journal opinion piece titled “The Branding of a Heretic,” the article that originally brought widespread attention to this case, David Klinghoffer comments on the Smithsonian’s handling of the Sternberg matter with these revealing words:

Darwinism…is an essential ingredient in secularism, that aggressive, quasi-religious faith without a deity. The Sternberg case seems, in many ways, an instance of one religion persecuting a rival, demanding loyalty from anyone who enters one of its churches—like the National Museum of Natural History.

It’s clear from his article that Mr. Klinghoffer is not a creationist. But his description of Darwinian evolution as a “quasi-religious faith without a deity” reveals an important reality of the debate between evolution and creation: both viewpoints, while working with science, are ultimately matters of faith.

Creationists admit this. Evolutionists will not.

Interested in more? Read “Evolution at the Smithsonian” by Dr. Henry Morris.