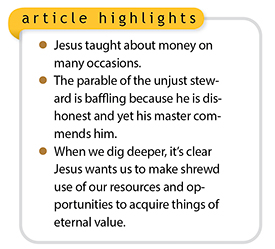 Many Christians grow uncomfortable when their pastor teaches about money. If it’s any consolation, I know many pastors who feel the same way. But not so with Jesus! Christ spoke frequently on the subject, and of the nearly 40 parables recorded in the synoptic gospels, approximately one third address the use of money in one form or another.

More often than not, Jesus warned against an obsession with money and the damaging effect it can have on our lives. But He didn’t regard money itself in a negative light—it can be a powerful tool if used for righteous purposes. To illustrate this point, Jesus told a rather perplexing parable about an unjust steward that continues to challenge believers today.

The parable in Luke 16:1-13 relates the unscrupulous dealings of a rich man’s steward who had been accused of squandering his employer’s goods. When the master confronts his steward, he informs the steward he would be relieved of his duties once a final accounting had been made. Realizing he would soon lose his position, the steward quickly calls all of his master’s debtors and reduces their debts in the hope of currying favor from them in the future. These business deals, while personally advantageous, were fundamentally dishonest and cheated the owner out of money he was rightfully owed. But rather than condemning the man once the truth became known, “the master commended the unjust steward because he had dealt shrewdly” (Luke 16:8).

Is Jesus signaling His approval of deceitful transactions? If you’re confused at this point, you’re not alone. To complicate matters, Christ further expounds on this parable with two statements that appear to conflict: “And I say to you, make friends for yourselves by unrighteous mammon [wealth]” (Luke 16:9), which seems directly opposed to His conclusion that “no servant can serve two masters….You cannot serve God and mammon” (Luke 16:13). How can we reconcile this? Is it possible to use unrighteous wealth to make friends on one hand while serving God honestly and honorably on the other?

The difficulty disappears when we realize that Jesus never endorses the steward’s deception. Rather, Christ commends the steward’s clever money management, keen people sense, and financial plans. We see this especially when Christ draws a contrast between “the sons of this world [unbelievers]” who “are more shrewd in their generation than the sons of light [believers]” (Luke 16:8). Jesus’ point is that believers are often not as financially savvy about investing in things of eternal value as unbelievers are toward investing in things of this world.

The unjust steward knew how to use money to make friends, albeit in a deceptive fashion for worldly gain. The Lord Jesus wants His “sons of light” to use money to make friendships that last for eternity, “that when you fail, they may receive you into an everlasting home” (Luke 16:9). It is a far greater thing to use the resources God allows us to have to make true friends, “lay[ing] up for yourselves treasures in heaven” (Matthew 6:20) by pointing people to Christ and encouraging their faith in Him. We can then look forward to their everlasting fellowship when we “fail” from this life and go home to glory.

What better way to start the new year than by resolving to be savvy “sons of light,” using our time, talents, and financial resources for the gospel of Christ and God’s glory? ICR would be thrilled to have your support as we proclaim the truth of our Creator, Savior, and coming King in another year of service to Him.

Portions of this article were adapted from ICR founder Henry M. Morris’ Days of Praise articles “The Unjust Steward” and “Friends of Mammon.” 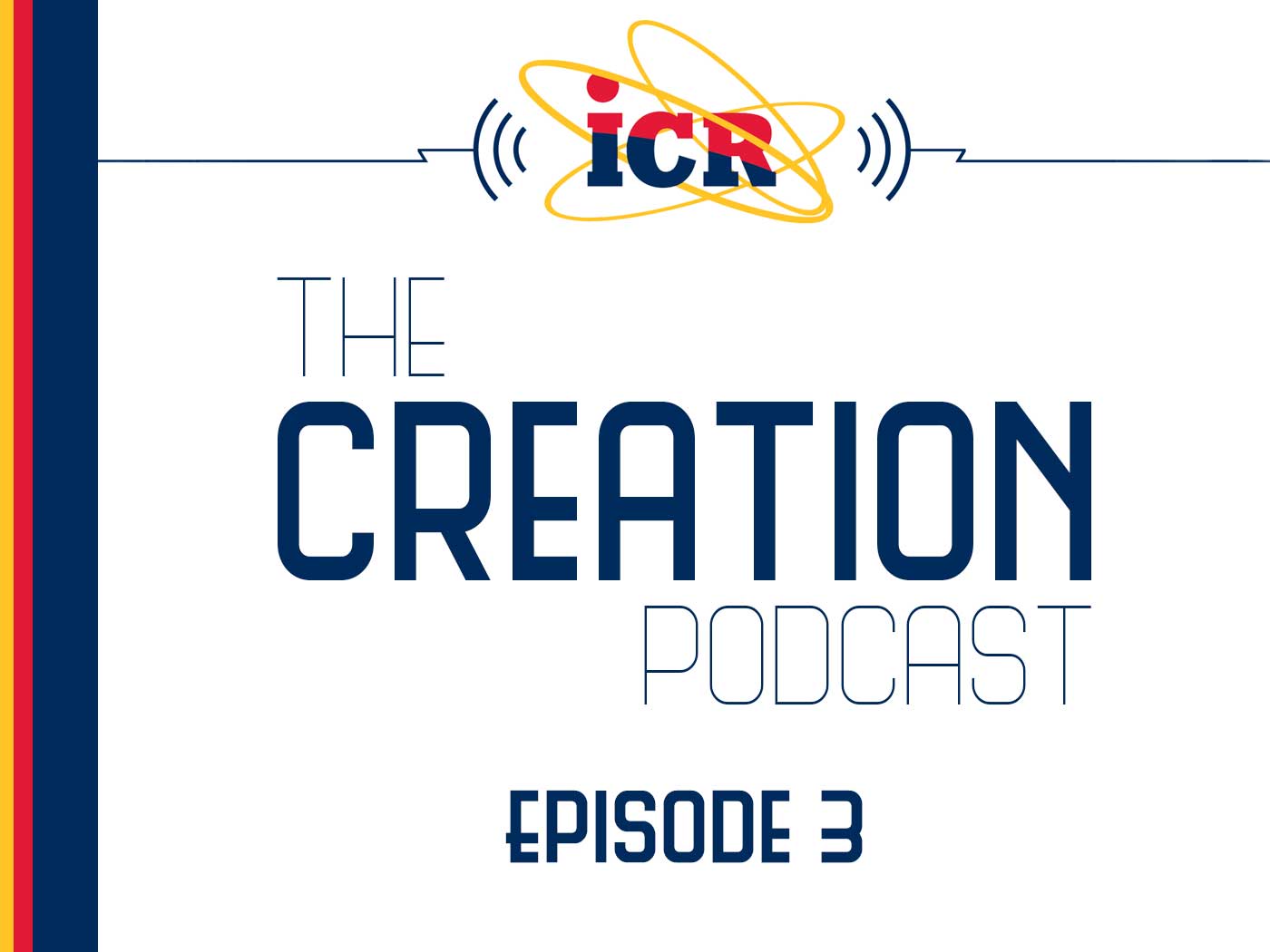 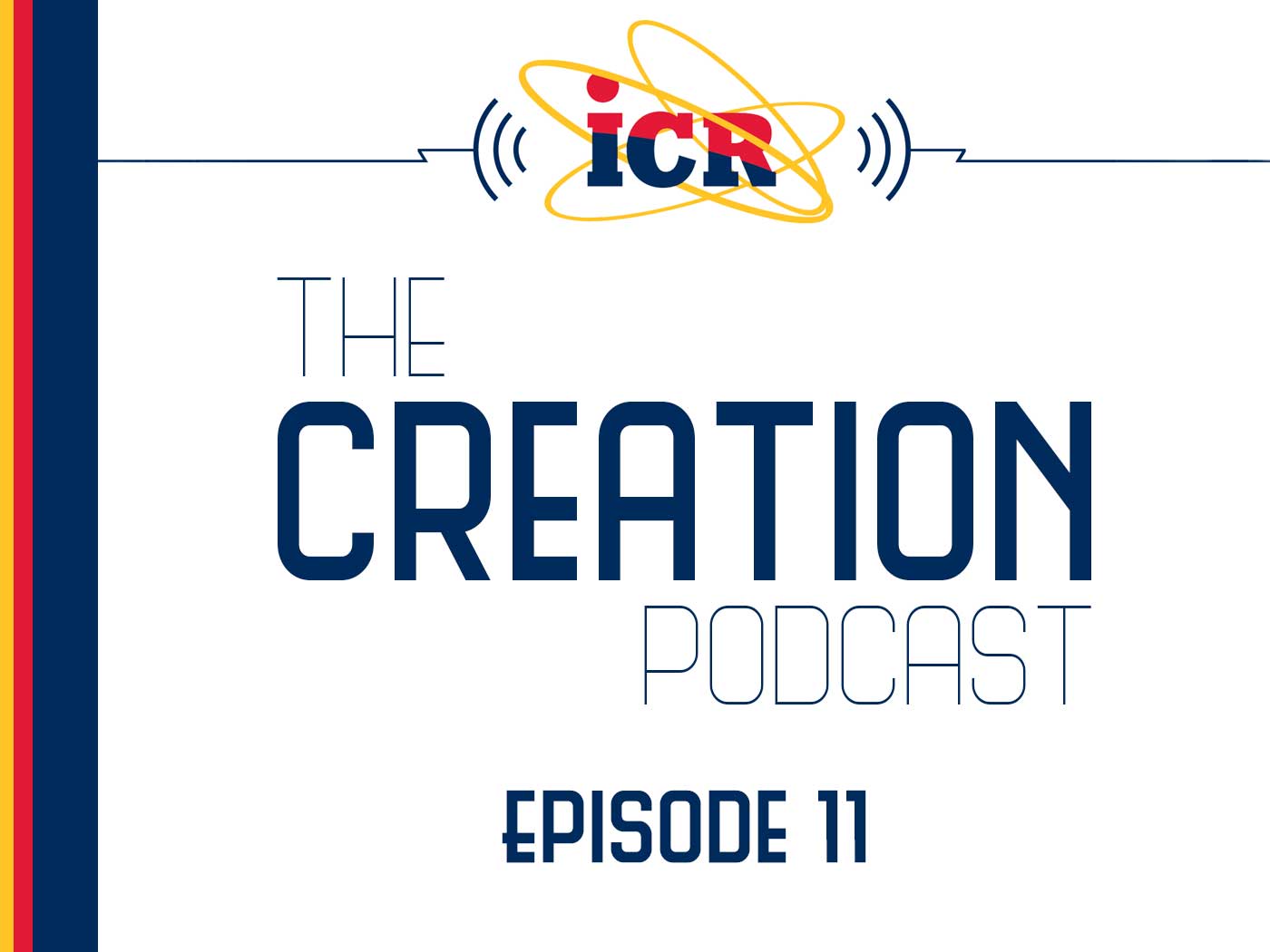