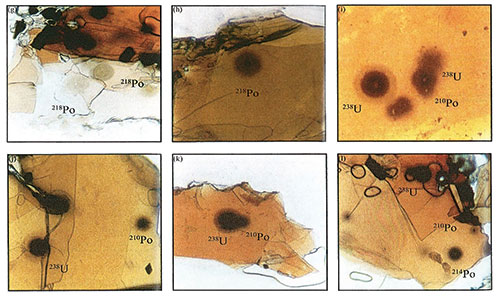 Figure 1. Some typical examples of different radiohalos found in granitic rocks, from volume 2 of the Radioisotopes and the Age of the Earth (RATE) study.1

Radiohalos are minute darkened circular zones around tiny mineral inclusions that appear in microscopic cross-sections of rocks such as black mica and biotite (Figure 1). First reported in the 1880s, their origin was a mystery until the discovery of radioactivity. In 1907, John Joly2 and Otto Mügge3 independently suggested the darkened areas of the minerals around the central inclusions—the halos—were due to the emission of alpha (α) particles from the included elements. However, radiohalos remained tiny mysteries until the pioneering work of Robert Gentry4-6 in the late 20th century and Andrew Snelling7-12 and others in the early 21st century. 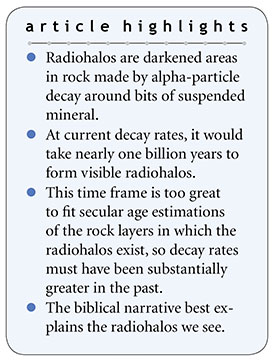 Radiohalos result when enough charged particles, such as α particles (4He, helium-4 nuclei), are transmitted through a material to cause damage by displacing the molecular structure of the material along the path of the charged particles. Out of the common radioactive decay emissions, α particles have the highest linear energy transfer to any material they pass through, because they are larger, have a higher electrical charge, and are more massive. This means they cause more damage over a shorter distance in a given material than either beta (β) or gamma (γ) radiation.

It takes many decays to produce a radiohalo. So, if 238U (a uranium isotope) or 232Th (a thorium isotope) becomes trapped by a microscopic radiocenter such as a zircon crystal within layers of biotite, it and its subsequent daughters will begin producing tracks in the surrounding biotite when the temperature of the biotite drops below its annealing (a process of heating and cooling) temperature of 150°C. The circular zone around the radiocenter does not begin to darken until approximately 500 million decays have occurred, and the circular zones become very dark around one billion decays. Each radioisotope in the 238U and 232Th decay chains emits α particles of different energies (Figure 2). Thus, each radioisotope forms a darkened circle with a different diameter, ranging from approximately 10 μm to 40 μm (μm = micrometer, or one millionth of a meter). This enables researchers to identify which isotope from the decay chain produced the observed radiohalo. 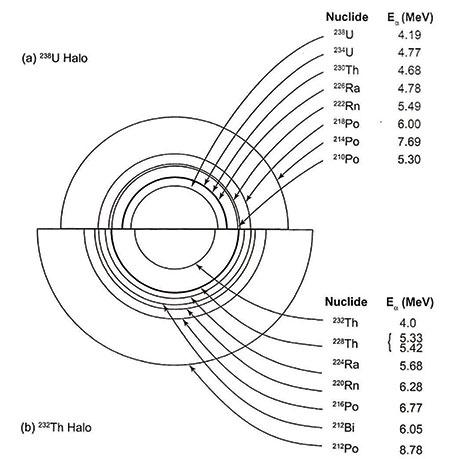 Figure 2. Schematic drawing of (a) a 238U halo, and (b) a 232Th halo, with radii proportional to the ranges of α particles in air. The nuclides responsible for the α particles and their energies are listed for the different halo rings.13

Are radiohalos simply a scientific curiosity, or do they actually have something interesting to tell us about our past? The existence of 238U and 232Th radiohalos would come as no great surprise to most geologists who embrace the secular paradigm for Earth’s ages—until they attempt to reconcile their existence in rocks of the Tertiary and late Paleozoic-Mesozoic periods, as found by the Radioisotopes and the Age of the Earth (RATE) investigation.8

Forming visible 238U radiohalos in small zircon crystals would require approximately 900 million years to generate 500 million 238U alphas at today’s decay rates. So, the reasonable conclusion is that if 238U radiohalos require at least 500 million decays to generate a visible radiohalo, then either the granitic rocks of the Tertiary and late Paleozoic-Mesozoic eras have been substantially misdated, or there has been a significant increase in the decay rate of 238U sometime in Earth’s past. Neither of these options is very attractive to the secular scientific community because neither fits their dating model. 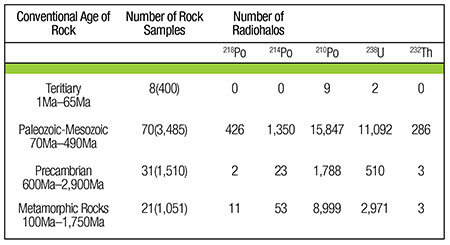 Table 1. A summary of the radiohalos found by the RATE investigation in granites from three divisions of geological time within the secular paradigm and from metamorphic rocks analyzed.14

Next, we tackle a concomitant problem for the observed radiohalos in granitic rock minerals; i.e., how could the short-lived polonium isotopes near the end of the 238U and 232Th decay chains (Figure 2) form separate radiohalos from the parent isotopes? If the 238U or 232Th and their accompanying daughters simply stayed in place during the entire decay sequence, then one would expect to see a single, large (~40-μm diameter) radiohalo. This is not what either Robert Gentry or the authors of the RATE project observed (Figure 1). They in fact observed numerous isolated 210Po, 218Po, and 214Po radiohalos (Table 1), especially in the Paleozoic, Mesozoic, and the late Precambrian-era rocks. What is necessary for isolated Po radiohalos to form? 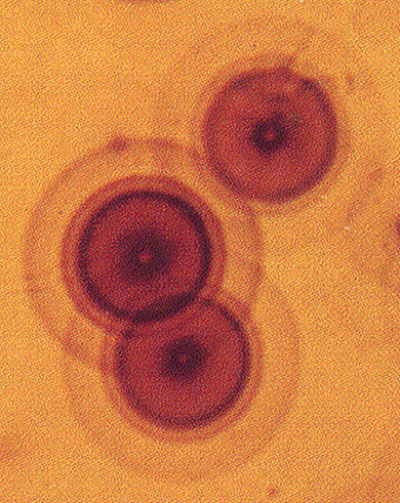 Andrew Snelling and Mark Armitage provide a more detailed model for this process in Appendix A of the RATE report.15 It should be noted that the exact details for transport of the 222Rn and/or the various Po isotopes to new radiocenters can, at best, only be speculative. The fact that there are virtually no radiohalos in the Tertiary rock samples suggests that the so-called Tertiary rock experienced a significantly different environment from those of the Paleozoic, Mezozoic, and late Precambrian.

So, how would the mainstream science community explain these observations? The secular dating model requires intermittently large volumes of hydrothermal fluid to flow over the rocks in these sedimentary layers during each time period they represent. Heating the hydrothermal fluid to high temperatures would most likely create enough heat to anneal any prior existing radiation damage in the zircon crystals or the biotite layers. Therefore, the approximately 500 million decays of a Po isotope needed to produce any specific radiohalo would have to occur during the time frame represented by the rock layer itself. Most geologists would consider this a highly unlikely scenario due to the fact that such hydrothermal flows would disrupt the established sedimentary layers below the layer of interest. Such disruption is not observed on a massive scale.

At present decay rates, it would take the estimated amount of 238U (1,000 ppm)16 within a 2-μm zircon crystal approximately 34 million years to generate the 500 million Po atoms necessary to produce a Po halo, assuming all the 238U decay Po atoms of a specific type reach a single radiocenter. But, for example, if only 10% of the 218Po atoms generated in the 238U decay chain reached a radiocenter, then the production time would escalate to approximately 1.52 billion years.

How would a model based on the biblical narrative explain these observations? A model based on Genesis would view the sedimentary rock layers as representing stages of the great Flood described in Genesis 7. At the beginning and during the Flood, accelerated volcanic activity would have brought large amounts of igneous rock, with accompanying hydrothermal fluids, up through the earth’s crust. Early in the Flood, rock temperatures would have dropped below the annealing temperature of biotite, allowing the accumulation of 218Po, 214Po, and 210Po into radiocenters via hydrothermal transport. The receding of the Flood and the shutting off of the fountains of the deep on day 150, during which no more significant hydrothermal transport of 238U or 232Th daughters occurred, would explain the lack of radiohalos in the so-called Tertiary layers. Since the Flood occurred over a period of about a year, this clearly implies that the decay rates of 238U and 232Th were accelerated by many orders of magnitude during this event, a conclusion drawn by the authors of ICR’s RATE project in 2005.17

The biblical narrative best explains the radiohalos we see.

Clearly, the observed radiohalos and their frequency of occurrence in the earth’s rock layers support a scenario based on the biblical model far better than they support the secularists’ deep-time evolutionary model.