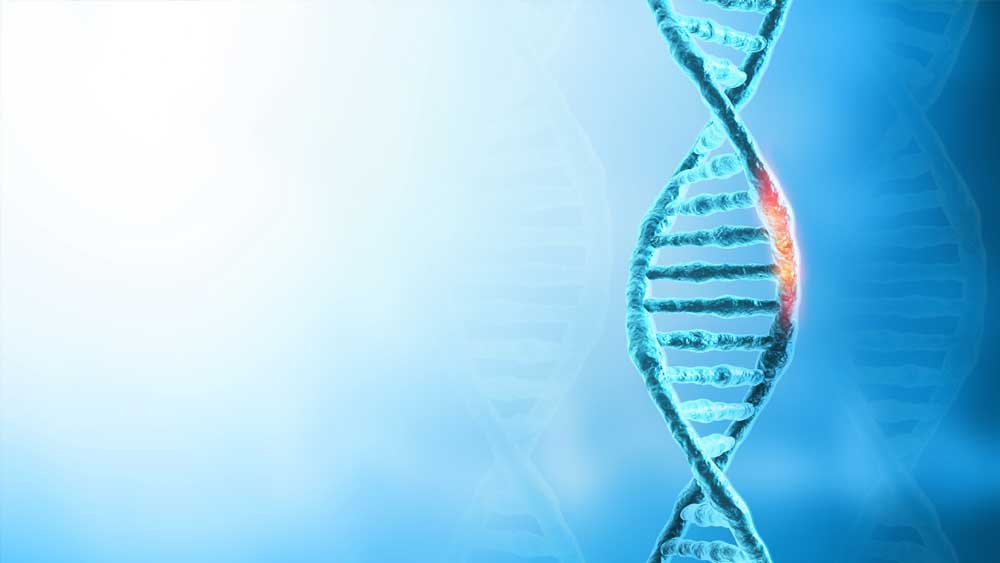 NEWS     CREATION SCIENCE UPDATE     EVIDENCE FOR CREATION     LIFE WAS CREATED FULLY FUNCTIONAL     THE NATURAL DIRECTION OF LIFE IS DEGENERATION, NOT EVOLUTION     VARIATION IS LIMITED WITHIN KINDS     PROBLEMS WITH EVOLUTION
Mutation, Design & Randomness
BY MICHAEL STAMP *  |
MONDAY, MAY 17, 2021
Article highlights:
• A genetic mutation is a change—most are bad and some are good.
• Evolutionists claim that good mutations come from random processes.
• Genetic mutations that demonstrate evidence of being truly random are virtually all deleterious, and many good mutations appear designed.
• Both bad and beneficial genetic mutations are strong evidence for creation.


Technically, any alteration in a cell’s DNA sequence is a mutation. These changes can come from copying errors, from exposure to chemicals or radiation, or even from an infection. But genetic changes can also come from within the creature. Therefore, the term mutation can be misleading. Evolutionists claim that random genetic mutations are occasionally beneficial and can lead to novel traits—with many traits being profoundly complex—that somehow propel creatures into becoming new, evermore-sophisticated kinds of creatures.

ICR’s scientists see virtually all beneficial DNA sequence change as driven by the innate systems the Lord Jesus designed into His creatures from the beginning—the beneficial aspect is a planned programmed response. This is one type of the inherent mechanisms that allow creatures to beneficially change themselves in response to their environments. Beneficial DNA sequence changes are engineered from the inside—they are built-in features and wholly designed to be triggered from within the creature when specific conditions are detected. They function in specific ways as opposed to some random occurrence happening to the creature from the outside and somehow fortuitously causing a beneficial change.

Nearly all genetic mutations that can be inferred as truly random (like DNA copying errors) are either bad or presumed to be neutral. Instead of helping, copying errors or genetic changes due to various exposures tend to harm the creatures in which they occur. Virtually all cancers are linked to an initial random mutation.

The numerous beneficial mutations needed to enhance or propel a creature into a new and more adaptive state are too complex and coordinated—too well-suited for their countless functions—to be scientifically characterized as arising from mere random processes. There are no tests to determine if the cause of any genetic change is totally random. Many DNA sequences that evolutionists claim are “broken” or came from random changes may eventually turn out to have been mischaracterized.

As a broad term “random” has an umbrella type of explanatory application. It’s not unlike using the word “somehow”—it attempts to explain a lot without the necessary details, specifically the scientific details that modern biology demands in our age of genetic understanding and the observance of rapid speciation.

As an anti-design term “random” attempts to silently eliminate design from the entire biological process—i.e., reproduction, growth, and speciation—and therefore eliminates the need for a Designer. Thus, randomness of genetic variability is a crucial assumption of current evolutionary theory. Randomness is speculative—it attempts to explain unknown causes without sufficient empirical evidence.

We see mutations in living creatures solve specific problems. We often see these changes triggered from within the organism and rapidly expressed. These mutations clearly appear engineered to solve functional requirements; they do not appear at all to be the product of the random and fortuitous.

Evolutionists appear to have great faith in random genetic variability—faith that undirected processes can somehow do countless precise things in the right order and serve as a means to build living entities. And adding long spans of time to the scenario somehow allows random processes to work wonders. It’s like saying: “Since millions of years are part of the picture, then, perhaps countless random processes could somehow eventually take place and create all these intricate living entities with profoundly complex biological processes and elaborate genetic language.” With this kind of inexplicit approach, aren’t evolutionists using unknowns to explain unknowns? This kind of conclusion is anything but a scientific explanation.

Beneficial genetic mutations are strong evidence for creation. Studies on genetic human mutation rates show they occur far too rapidly for humans to have been around for millions of years. The genetic evidence indicates we began only thousands of years ago.

Evolution lacks a biological foundation to support its hypothesis, especially when it comes to the profound complexity of genetics. Biblical creation is the best scientific explanation of our universe and the wondrous life we see on Earth.