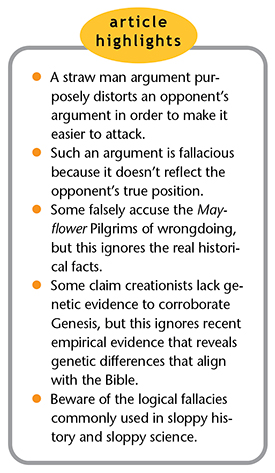 Both the Mayflower Pilgrims and biblical creationists are unjustly targeted for straw man vilifications using misleading, false accusations. A straw man fallacy occurs when a critic disagrees with someone based on an alleged fault or flaw—yet the opponent is not guilty of that alleged fault or flaw.1 Consider the difference: fighting and defeating a healthy human opponent versus beating up a lifeless scarecrow-like effigy of one’s opponent (a straw man). Anyone can defeat a lifeless scarecrow.

However, defeating a living foe requires a true contest. Yet, critics often claim “fake fight” victories when they dishonestly defeat historical heroes they dislike. Fake-fight victories are also claimed—on false pretenses—over Scripture by evolutionists who crow about disproving a scientific “claim” that biblical creationists never made in the first place.

We’ll first look at how straw man mischaracterizations are dishonestly cast via sloppy history. Then we’ll see how similar misreporting is used to mischaracterize real facts via sloppy science. 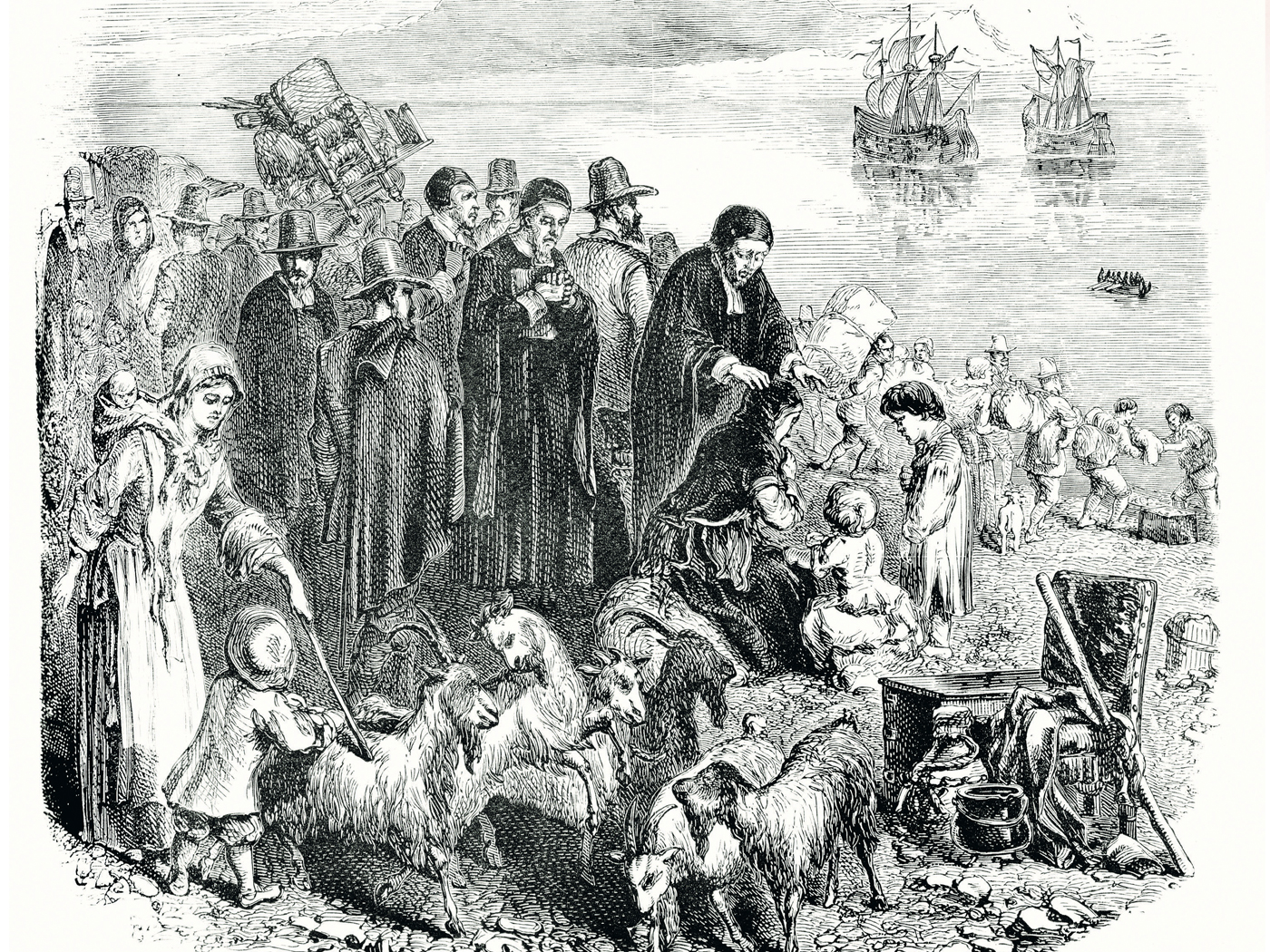 Some accuse the Mayflower Pilgrims, who arrived at Plymouth exactly 400 years ago, of stealing the land of Native Americans. But this misrepresentation of the Pilgrims’ history is inexcusably misreported. Actually, the Pilgrims settled on land that was intentionally abandoned by the nearby native tribes because that land was deemed cursed and haunted. Previous tribes who had lived there died of an unusual plague about three years before the Pilgrims arrived.2

Plymouth Plantation was thus settled on land rejected by local tribes. To accuse the Pilgrims of “stealing” Native American land is an irresponsible failure to inspect actual historical truth. Accordingly, whoever denigrates the Pilgrims’ settlement as somehow unethical is really condemning the faults of a straw man who never lived at Plymouth.

Some evolutionists assert that there is almost no difference between human DNA and simian (monkey/ape-like) DNA, insinuating that the Genesis creation account cannot be scientifically trusted. Suppose an evolutionist argues that genetics evidence clashes with the Genesis record, saying, “When compared to the chimpanzee, the two species [human and chimp] differ by as little as 1 to 2%”—that would be a straw man fallacy. Why? Because the actual difference between the human and chimpanzee genomes is at least 15%, so trying to “match” a 1 to 2% genomic difference with the biblical account will never line up.3

Instead, Genesis-affirming scientists expect less—though still some—genomic overlap between chimpanzees and humans because God designed humans and simians to inhabit the same world, breathe the same air, eat many of the same foods, drink the same water, etc. But to imply that Genesis must “force fit” a genomic difference range of only 1 to 2% is to flippantly advocate a straw man argument when the real genomic difference is beyond 15%.3

Don’t be fooled by the straw man logical fallacy of those who disparage the Pilgrims as you thank God for blessing America through their bravery 400 years ago. Likewise, don’t be fooled by evolutionists who imply that human genotypes almost identically resemble chimpanzee genotypes—because Darwinists who promote such sloppy science are just unjustly monkeying with the facts.4