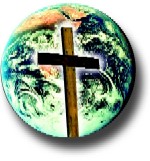 This article/prayer was originally written the evening of the terrorist bombing of the World Trade Center Towers and the Pentagon. It echoes the prayer of ICR's President Dr. John Morris. Only a larger perspective makes sense out of senselessness.

Dear Father/God, Creator of Heaven and Earth. We are thankful that we have such a God to whom to pray. We recognize your sovereign wisdom and power, and place ourselves in submission to you and your plans for us, for our nation, and your larger plan for all of your creation.

We further recognize that even though nothing can occur without sifting through your filter, you are even more grieved at these murderous acts than we are. This is not what you intended for your creation. You created it, in the beginning, "very good" (Genesis 1:31) with no pain, no suffering, no death, and no sin. Your handiwork was perfect, compared to a beautiful tapestry or poem in Scripture. Your "image" in man enjoyed full fellowship with you, experiencing unbridled love and goodness from your hand. Adam and Eve had access to the Tree of Life, and nothing in all of creation need ever have suffered or died.

But they rejected you and rebelled against your plan. You had declared the penalty for such rebellion against your authority to be death, and in your holy justice, all of man's dominion came under the curse of death—the wages of sin. Soon even brother strove with brother and "every imagination of the thoughts of his heart was only evil continually" (Genesis 6:5). "The earth was filled with violence" (v. 11). Today all of Adam's descendents carry his sin nature, and all of creation groans (Romans 8:22) under the weight of sin's death penalty. Such rebellion continues to this very day.

As Creator you have complete authority to set sin's penalty. Spiritual death, eternal separation from you, and physical death—everyone dies. Having chosen to follow in Adam's footsteps, we all deserve that death sentence. As the years march on, we observe that sin's dominance increases, and even today our nation reels under its blows.

We are driven to even greater thankfulness when we remember your provision for our deliverance from sin, its penalty and fruit—your only begotten Son, by whom "all things were created" (Colossians 1:16). He was made in "the likeness of men" (Philippians 2:7), "yet without sin" (Hebrews 4:15), thus no death penalty was necessary for Him. Only a sinless man could qualify to die for another, and as a perfect, fully sufficient, substitute, "Christ died for our sins" (I Corinthians 15:3), totally satisfying your holy justice. But all men have sinned and need redemption, and as Creator of men, He qualified to die for all. Then He rose from the dead in victory over sin and death, offering the gift of eternal life to all who believe. Only the eternal Creator of life could return to His body after death.

No doubt, some who died in the World Trade Center Towers, the Pentagon, and in the ongoing aftermath, had tasted your free gift, while others had rejected this offer of forgiveness, salvation, and restoration, passing into eternity forever separated from you. We thank you that in your grace, we have heard and received and believed the good news. Our hearts grieve as we ponder the eternal transactions completed by those incidents. We realize that we have so much work yet to do.

O Lord, give us a true burden, a passion for souls, a burning desire to see many reconciled with the great Creator and Redeemer on whom they have turned their backs. Empower us as individuals and organizationally here at ICR to use every opportunity to point them to you. Thank you for the clear evidence of creation as a tool to do so. Energize us all to be effective "ambassadors for Christ" (II Corinthians 5:20), for the time is short.

And O Lord, we long for you to come back to Earth to set it right—to return creation to its originally created intent and function. We know that this Earth and these heavens will one day melt away, but there will be a "new heavens and new earth wherein dwelleth righteousness" (II Peter 3:13). The Curse will be removed, (Revelation 22:3) and sin will no longer reign. Consequently, there will be "no more death, neither sorrow, nor crying, neither shall there be any more pain: for the former things are passed away. . . . Behold . . . all things (will become) new" (Revelation 21:4,5).

Until your plan fully comes to fruition, help us to please you in all that we do, to walk in obedience to you and bring you great glory. Help us to be faithful until you come, but "Even so, come, Lord Jesus . . . come quickly" (Revelation 22:20).