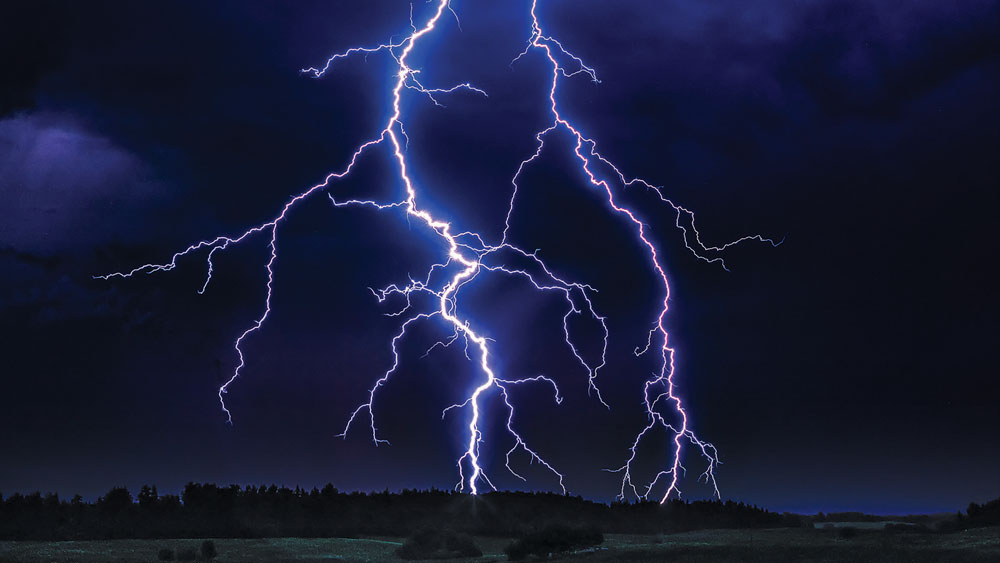 Nitrogen is vital for human survival, yet few appreciate how lightning and soil bacteria contribute to Earth’s nitrogen cycle.

That Earth’s nitrogen cycle serves us as it does, reliably enabling our bodies to live and grow, proves God’s providential care for His creatures. To illustrate, we receive nitrogen in chemically usable forms whenever we consume fish, eggs, legumes, and/or dairy products.1,2

In contrast, consider how carbohydrate production is popularly appreciated. Photosynthesis is routinely taught in K-12 schools.3 But what about the nitrogen-containing foods our bodies need to build peptides for proteins and nucleotides for DNA and RNA? Because we need proteins, RNA, and DNA, we must constantly consume usable nitrogen in our diets.3

Although nitrogen is plentiful on Earth, not all forms are metabolically usable.2 Earth’s atmosphere is almost 80% nitrogen gas consisting of diatomic nitrogen (dinitrogen), but dinitrogen isn’t directly useful for building essential amino acids or nucleotides.2 So, we need providential processes to somehow solve that nutrition problem.

Thankfully, the greatest systems engineer, the Lord Jesus Christ, designed and programmed Earth’s nitrogen cycle, so gazillions of moving parts purposefully perform gazillions of nitrogen-harnessed services that benefit Earth’s ecosystems in general, as well as our bodies in particular.

For example, lightning breaks apart dinitrogen gas (which, apart from lightning’s heat and energy, is normally stable) in the atmosphere to recombine nitrogen and oxygen into nitrogen oxides such as NO and NO2. If raincloud moisture (H2O) interacts with nitrogen oxides so that acidic hydrogen is bonded, nitrous acid (HNO2) or nitric acid (HNO3) can result, falling into soil and allowing water-soluble nitrates (NO3-) to form as “fixed” nitrogen.2

Much more nitrogen-fixing is accomplished by “nitrifying” soil bacteria (e.g., Azotobacter or Rhizobium) or cyanobacteria (e.g., Anabaena) that quietly convert nitrogen gas into usable nitrogen compounds (N2 → N3, then N3 + O2 → NO2- or NO3-) in ongoing chemical reactions that busily occur 24/7 at microscopic levels—often in symbiotic relationships between fungi and leguminous plants.4

As ICR’s Dr. Brian Thomas observed, this systems-engineering operation is purposeful and well-balanced.

At the smallest level, the enzymatic machinery in each kind of bacterium is stunningly well-engineered. At a much larger level, the continued maintenance of the overall nitrogen cycle by soil bacteria in varying environments is a well-designed meta-system. And all of it had to be put in place at the same time in the beginning in order for life to exist, just as Scripture teaches.2

But there’s more. Nitrogen cycle eco-engineering is not limited to producing nutritional health benefits. In the case of  Texas bluebonnets (Lupinus texensis)—a nitrogen-fixing leguminous lupine—God clothes eco-engineering with brilliant beauty beyond that of King Solomon’s most glorious garments.4

The engineering and artistry surrounding us reveal the glory of our Creator Jesus Christ’s handiwork. We just have to look to see it.

*  Dr. Johnson is Associate Professor of Apologetics and Chief Academic Officer at the Institute for Creation Research.