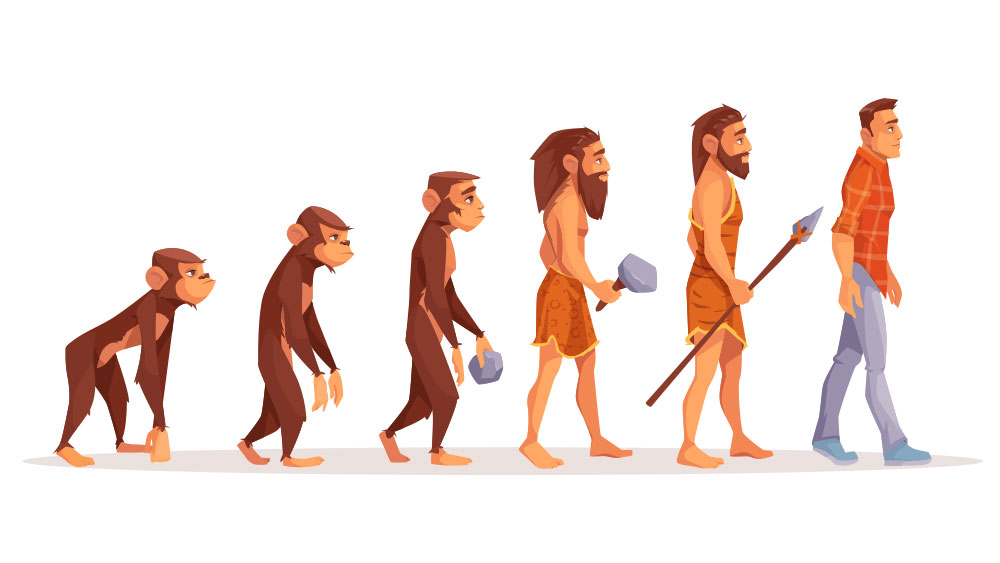 
The human saga, we now understand, is far more intricate than scholars of yore envisioned. The tidy tropes of our prehistory have collapsed under the weight of evidence: there is no single missing link that bridges apes and humankind, no drumbeat march of progress toward a predestined goal. Our story is complicated, messy and random.1

Even though the case for human evolution has long been suspect and messy, for evolutionists it remains the only explanation. They dismiss creation without consideration.

So, they must do with what meager evidence is found. In this latest case, it’s an incomplete fossil hominin.2 The fossil remains were discovered in the desert of Chad over two decades ago.


What may be the earliest-known human ancestor, an ape-man called Sahelanthropus tchadensis [or Toumai] who lived in Africa roughly 7 million years ago, walked upright for much of the time, according to a new study. The findings suggest that the ability to walk upright—known as bipedalism—occurred very early on the human family tree and reinforce the idea that it may be an evolutionary hallmark of our lineage.3

But the fossils are few—a left and right ulnae (arm bone) and one incomplete left femur (thigh bone). And they might not belong to the same creature. Indeed, evolutionist Franck Guy, a paleoanthropologist at the University of Poitiers, is one of the authors of the study and stresses the bones could be from other individuals.3

Why did our alleged subhuman ancestors decide to start walking on two legs? This has been a mystery for decades. The recent Nature article stated,


Taken together, these findings suggest that hominins were already bipeds at around 7 Ma but also suggest that arboreal clambering was probably a significant part of their locomotor repertoire.2

Various theories for upright walking have been put forth. One in particular borders on bad science fiction, "Exploding stars may trigger ecological changes on Earth, which might in turn have led humans to embrace the two-legged life.“4 Not only did this fantastical event occur in the unobserved past, but the exploding stars have never been identified, and there’s no way to repeat the incident. After much theoretical discussion, the article admits, “The exact cause and timing of human bipedalism is still under debate….”4 Creationists maintain the exact cause and timing of this hypothetical event will never be known because man was created as walking upright about six thousand years ago.

If evolutionists want to see a hominin that walks upright, they can observe the living pygmy chimpanzee at most zoos. She walks upright about 10% of the time, more frequently than chimpanzees (although one can see she doesn’t enjoy it). So, the possible upright walking of Toumaï is hardly a litmus test for its alleged evolution into man.

Could it be that Toumaï was just a chimpanzee from the pre-Flood world? After all, scientists found that the incomplete skull is similar to that of living chimpanzees able to hold a brain only a third the size of modern human brains. In addition, Toumaï’s facial structure, brow ridges, and teeth are very different from those found in people today.

As always, scientists must adopt a cautious attitude regarding these new interpretations of the incomplete physical evidence of Toumaï. Creationist scientists suggest the evidence points to an extinct chimpanzee.

*Dr. Sherwin is Research Scientist at the Institute for Creation Research. He earned an M.A. in invertebrate zoology from the University of Northern Colorado and received an Honorary Doctorate of Science from Pensacola Christian College.
More Editor's Column
The Latest
NEWS   ACTS & FACTS   PODCASTS