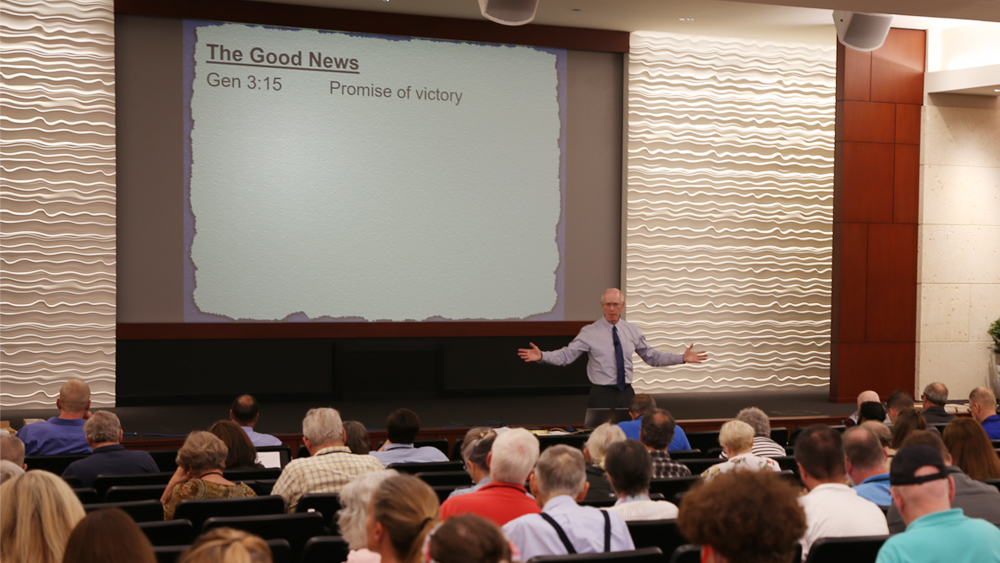 NEWS     CREATION SCIENCE UPDATE     EVIDENCE FOR CREATION
ICR Hosts Christian Educators Conference
BY JAKE HEBERT, PH.D. *  |
MONDAY, JULY 05, 2021
As creation scientists continue to demonstrate that biblical creation makes far better sense of scientific data than evolutionary theory does, there is a great need for others to share this information with others. To that end, ICR partnered with Creation Training Initiative (CTI) June 8–11 to host an apologetics conference for Christian educators. On average, about a hundred people attended, and some Christian schools had more than one teacher in attendance.

During the four-day conference, attendees learned about the biblical worldview, rules of biblical interpretation (hermeneutics), critical thinking skills, and the differences between presuppositional and evidential apologetics. Seminar instructors also covered high-interest topics such as dinosaurs (and their relation to Scripture), common objections to a literal six-day creation, how can God be good when He allows evil to continue, and the sanctity of human life. Included was a four-part series of “Taking the Oomph Out of Evolution” lectures that addressed key weaknesses in the evolutionary story, such as the inability of evolutionists to explain the origin of life, the lack of evidence for evolution in the fossil record, and the erroneous assumptions underlying “millions of years” age estimates coming from secular dating techniques like radioisotope dating. ICR President Dr. Randy Guliuzza contributed his own “Oomph” lecture on the history of natural selection and why it is a mystical concept that adds nothing to our understanding of biology.

CTI President Mike Riddle has been active in creation and apologetics ministry for over 35 years and was once an instructor at ICR’s graduate school. His team of Dr. Anthony Silvestro and Dan Kreft (the seven-foot apologist) started the conference with the goals to glorify God, to impart this vitally important information to educators, and, finally, to put a “fire in the belly” of attendees so that they will be inspired to share what they have learned. CTI models its apologetics training on Paul’s command to Timothy: “And the things that you have heard from me among many witnesses, commit these to faithful men who will be able to teach others also.”1

Are you interested in learning how to share evidence for creation with others? You can find out how to participate in future CTI events at the CTI website, creationtraining.org.

References
1. 2 Timothy 2:2.
*Dr. Jake Hebert is Research Associate at the Institute for Creation Research and earned his Ph.D. in physics from the University of Texas at Dallas.
The Latest
NEWS   ACTS & FACTS   PODCASTS