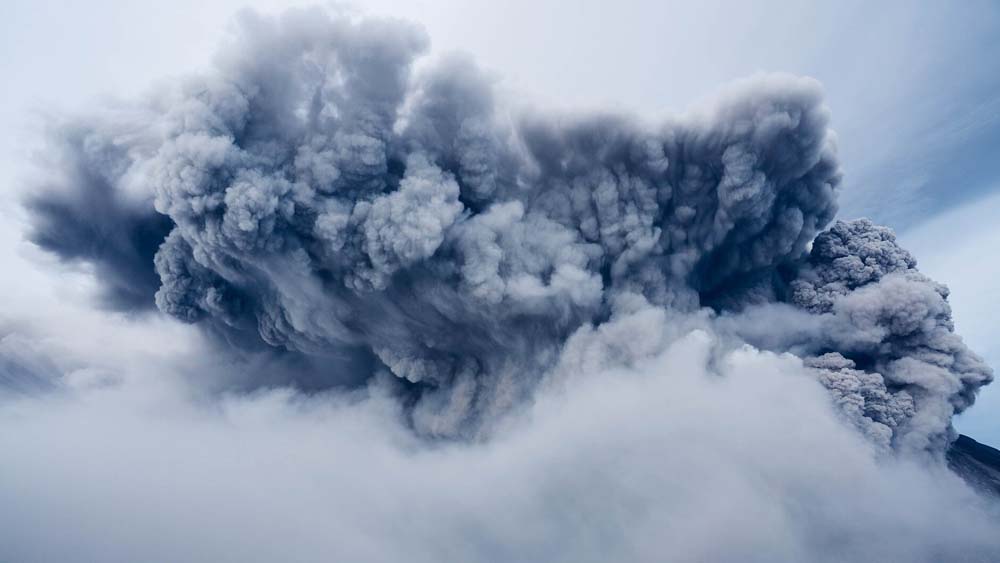 Creation scientists maintain there are two significant climate factors needed for an ice age. First, warm oceans are needed to increase evaporation, which ultimately generates extra rain near the equator and heavy snowfall in higher latitudes. Such conditions would build ice sheets atop the continents. Second, Earth’s atmosphere must contain enough very small airborne particles and droplets called aerosols to reflect sunlight and keep the ice from melting during warm summer months. These aerosols would be provided by explosive volcanic eruptions, which are known to be capable of causing cooler summers.1

Hence, it is interesting that a recent news story stated, “Ice cores drilled in Antarctica and Greenland have revealed gigantic volcanic eruptions during the last ice age.”2

Actually, creationists would argue that there was only a single Ice Age, as evidence for other supposed ice ages is extremely weak.1 Indeed, evidence for the mainstream ice age theory is also very weak, as shown by original ICR research.3


Eighty-five of the volcanic eruptions identified by the researchers were large global eruptions. Sixty-nine of these are estimated to be larger than the 1815 eruption of Mount Tambora in Indonesia—the largest volcanic eruption in recorded human history. So much sulfuric acid was ejected into the stratosphere by the Tambora eruption that it blocked sunlight and caused global cooling in the years that followed.1

Summer cooling is the ticket when it comes to world-wide conditions after the Flood. We need colder summers to keep snow from melting so that ice can accumulate over the decades. Interestingly, the Bible suggests that the Middle East once received more snow and ice than it does today, as shown in the climate recorded in Job, chronologically the oldest book in the Bible, with the exception of the first part of Genesis:


From the chamber of the south comes the whirlwind,
And cold from the scattering winds of the north.
By the breath of God ice is given,
And the broad waters are frozen.4

Although the thick Ice Age ice sheets did not extend all the way to the Middle East, the increased Ice Age precipitation may have made cold weather more common, as this Scripture suggests.

By the way, volcanic cooling is well known. So is there a reason mainstream paleoclimate scientists can’t make better use of it to explain an Ice Age? Yes, there is. Because they believe these volcanic eruptions were separated by many thousands (and even millions) of years, any cooling they caused would be so diluted as to be inconsequential. It is the Bible’s short timescale that makes the straightforward Ice Age explanation possible.

More evaporation, warmer winters, more intense storms, and colder summers: The result? An "ice age" which would last until the oceans gave up their excess heat, the volcanism lessened, and vegetation was re-established.