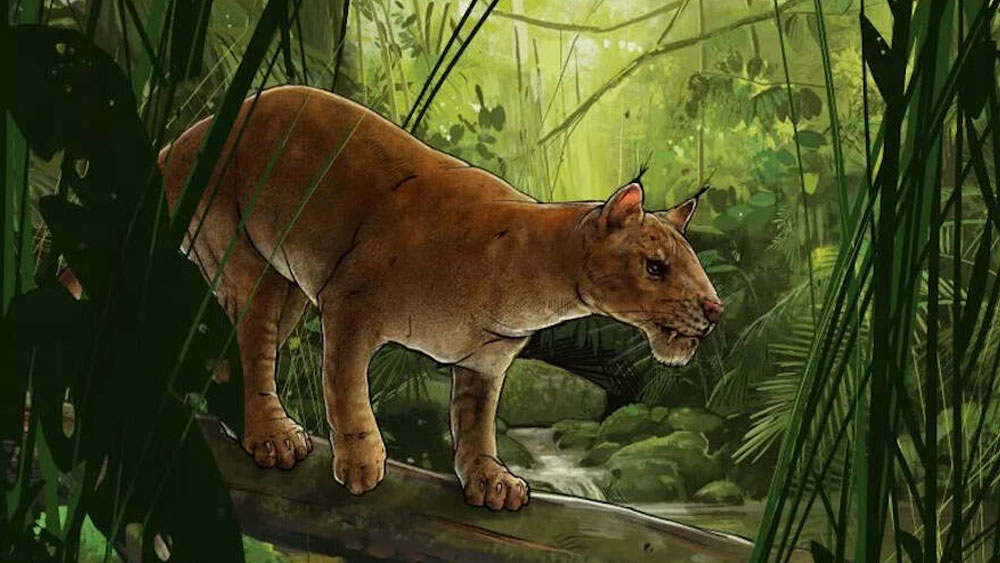 NEWS     CREATION SCIENCE UPDATE     FOSSIL RECORD     ICE AGE     BIBLICAL AGE OF THE EARTH     REASONS TO DOUBT SECULAR AGES     PROBLEMS WITH EVOLUTION     PHYSICAL SCIENCES RESOURCES
A Strange and Mysterious Hypercarnivore Discovered
BY FRANK SHERWIN, D.SC. (HON.) *  |
MONDAY, MARCH 28, 2022
In 1988 a fossil jaw was discovered by paleontologists in San Diego County, California. Decades later the scientists determined it belonged to a relatively unknown carnivore species of the machaeroidines (saber-toothed, placental mammals). The creature was named Diegoaelurus vanvalkenburghae and was about the size of a bobcat with teeth like slicing blades. So far, only 14 specimens belonging to the machaeroidines have been found.1

Evolutionists maintain this strange creature roamed what is now southern California “42 million years ago” during the Eocene epoch.2 However, creation scientists see this carnivore as having been buried during the later stages of the Flood in the Santiago Formation which is composed of siltstone, mudstone and sandstone—all sedimentary rocks laid down by water. Indeed, evolutionists state, “The exact timing and reason for this extinction also remain mysterious.”2 But this is not a mystery if one subscribes to the Genesis Flood model. 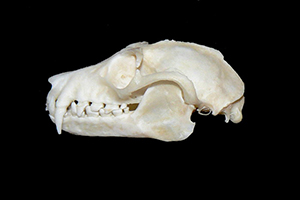 God originally created all animals as vegetarians, including cats such as the saber-toothed D. vanvalkenburghae. Today, many sharp-toothed bears are vegetarian and they use their formidable dentition to tear into tough vegetable material. This is also true with the fruit bat (or megabat, including the flying fox) of Oceania and Africa. Animals needed and need specially designed teeth to break down cones, leaves, bark, twigs, shoots, buds, and seed pods.

D. vanvalkenburghae, the mysterious saber-toothed carnivore, is a member of the cat kind created by God and the Word, Jesus Christ, just thousands of years ago–in the beginning...