How Did the Bat Get Its Wings? | The Institute for Creation Research
Skip to main content 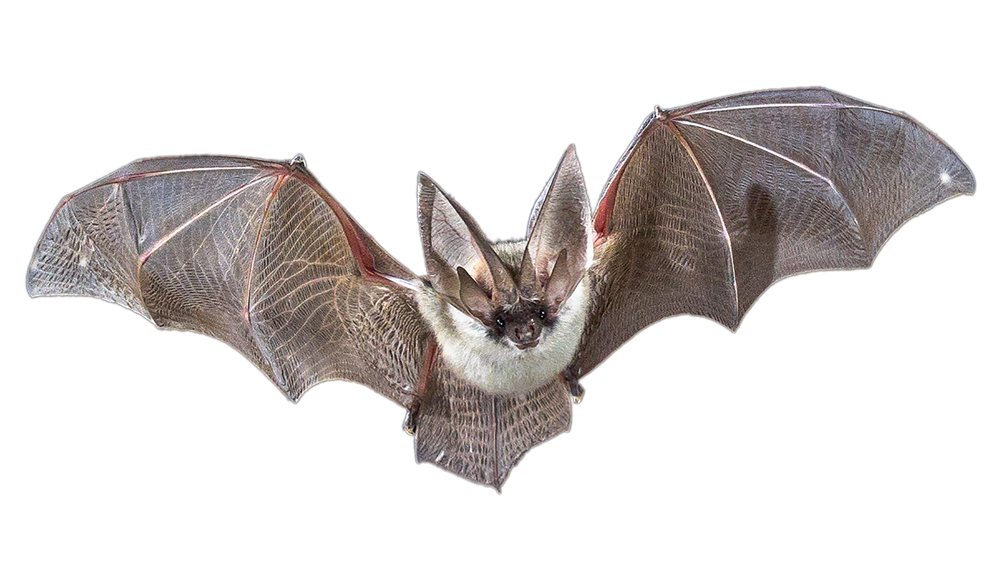 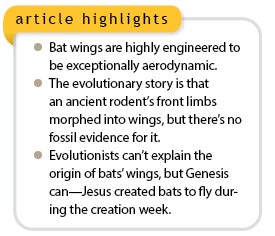 Where did bats come from? Evolutionists presuppose that some kind of rodent received just the right mutations to over “a few million years” turn its front legs into exceptionally aerodynamic wings.1

If true, the fossil record should record such a gradual transition. Does it? Was the origin of bat wings through eons of time and chance, or plan and purpose?

A study of the bat wing reveals incredible engineering features. It’s not enough for the wing to provide lift for flight. High-speed photography shows bats have an ability to track down, capture, and eat small insects while flying. Therefore, wing shape must change in a fraction of a second to apprehend the tiny morsel. In addition, the wings “are equipped with an unusual repertoire of somatosensory receptors.”2 Indeed, the bat is able to do all this effortlessly due to its amazing wing design.

In bats, the wing membrane is anchored not only to the body and forelimb, but also to the hindlimb. This attachment configuration gives bats the potential to modulate wing shape by moving the hindlimb, such as by joint movement at the hip or knee. Such movements could modulate lift, drag, or the pitching moment.3

These already show all the key [bat] features: the humerus, radius (and fused ulna) and digits are all elongated, and the flight membrane is supported by the spread fingers 2-5 (digit 1, the thumb, is much shorter). The shoulder girdle is modified to take the large flight muscles on the expanded [shoulder blade] on the back.4

In other words, they’re fully functional bats. The evolutionary mystery continues: “Bats pop up in the fossil record around 50 million years ago.”5 There’s no explanation of where they “popped” from.

Two evolutionists writing in a university textbook on developmental biology address “how the bat got its wings” (or more correctly, how bat wings develop embryonically).6 During embryonic development, the bat keeps the critical forelimb webbing between its fingers. In other mammals, the interdigital webbing is dissolved by a sophisticated process of programmed cell death called apoptosis.

But in bats the webbing remains because designed molecules called BMP (bone morphogenic proteins) that would otherwise cause apoptosis are blocked by two molecules called Fgf8 and Gremlin. As evolutionist Michael Denton stated, “In other words, only the recruitment and simultaneous activity of new compensatory gene circuits enabled bats to extend their digits while at the same time retaining the intervening webbing!”7

The webbing remains. The bat can fly. What the authors do not describe is how an ancient rodent slowly changed its front legs into remarkably functional flight wings.

Non-evolutionists maintain the origin of bats will always be one of evolution’s greatest puzzles because bats didn’t evolve—the Lord Jesus Christ created them on Day 5 of the creation week just thousands of years ago.