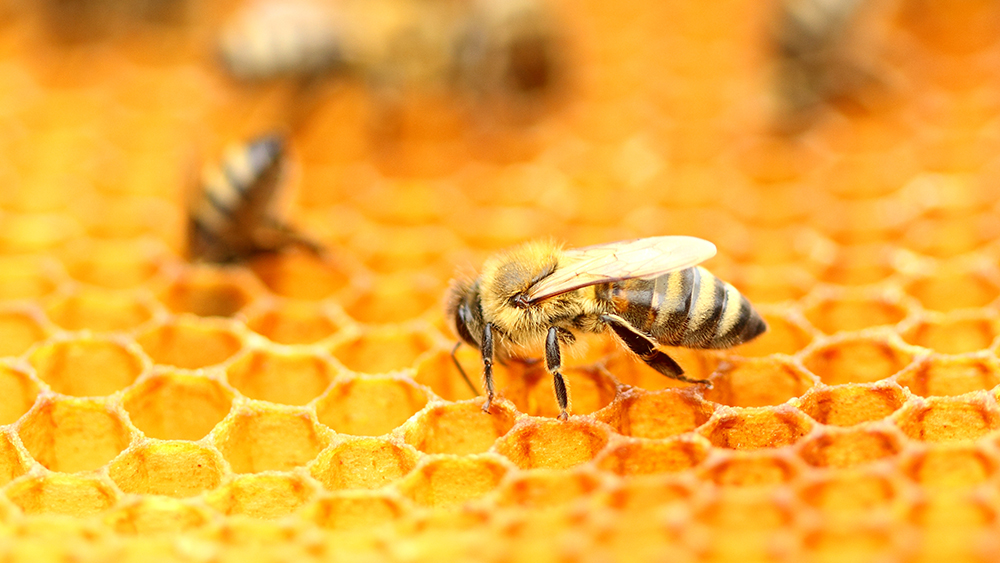 Scientists have uncovered and learned from many creatures in God’s creation—for example, from a host of insects1 and especially the bee, with its honeycomb design that has inspired the production of insulation, aircraft parts, and cardboard boxes.

It is not surprising that entomologists have yet again learned from this industrious insect, this time in regard to minute hairs on the honeybee that reduce friction.2 This design clearly shows3 God’s engineering in living systems.4

When observing the honeybee, one can see the constant straightening and curving of its abdomen—this creates friction of the outer plates of the exoskeleton. One would expect that such movement over time would cause significant wear. However, there was very little, and a group of scientists wanted to know why. Using an electron microscope, they viewed the abdominal plates and were surprised to see tiny branched hairs. They hypothesized these may have something to do with friction reduction and set up a series of experiments measuring abdominal segment movement with and without the hairs.


As the load increased, friction for the hairless surface rose, whereas no obvious rise in friction was observed for the hairy surface. The researchers calculated that the hairy surface reduced abrasion during abdominal contraction by about 60% and also saved energy with each contraction. This adds up to a large amount of conserved energy that is essential for conducting bees' daily activities, the researchers say.2

This discovery could be incorporated by bioengineers in designing longer-lasting moving parts that “someday [could] be used to extend the lifetime of engineered soft devices, such as actuators and hinges.”2

One cannot help but be reminded of the words in Proverbs 6, “Look to the ant, thou sluggard! Consider her ways and be wise.”5

Of course, not all scientist are sluggards, but they would do well to continue to investigate and possibly mimic the intelligent design found in the insects in God’s world.

*Dr. Sherwin is Research Associate at the Institute for Creation Research. He earned an M.A. in zoology from the University of Northern Colorado and received an Honorary Doctorate of Science from Pensacola Christian College.
The Latest
NEWS   ACTS & FACTS   PODCASTS