Researchers shined a laser light on fossil leaves and found some surprising results. Instead of mere impressions of leaves, the fossils turned out to contain original molecules—persisting after millions of supposed years.

Then the team compared the waxy cuticle that somehow persists in leaf fossils with the same cuticle molecules found in their living counterparts. Many of the scan results showed a match, even after all the years those fossils remained underground. The team published their results in Nature: Ecology & Evolution.1 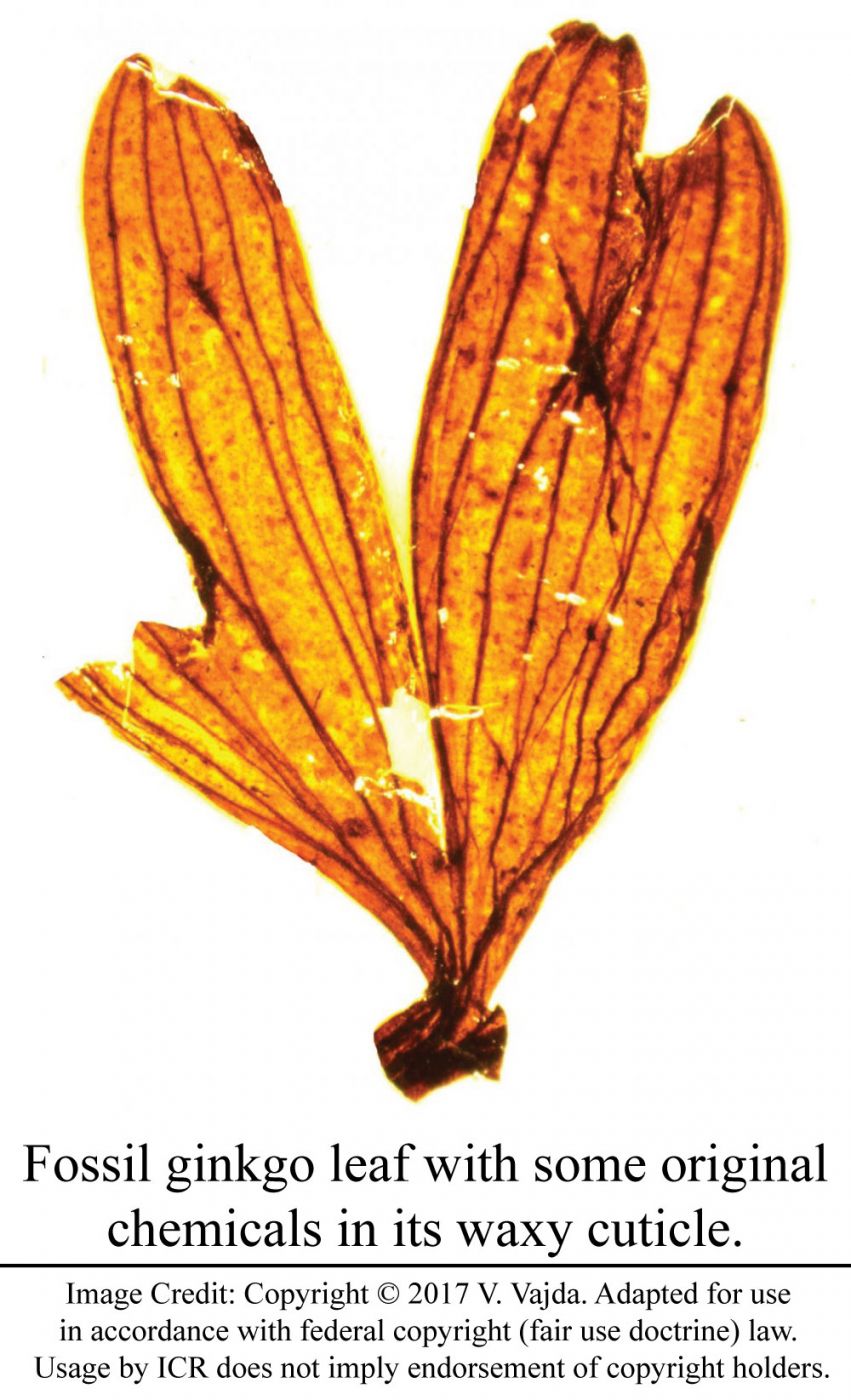 They scanned leaves from living Araucaria trees—tropical conifers that today grow in New Guinea, Australia, and Argentina—and from fossil Araucaria leaves locked in Cretaceous stone. Only the living leaves had FTIR signatures indicating complex sugars like cellulose, but surprisingly the technique revealed the same alkanes, alkenes, and carbon-based ring structures in both living and fossil Araucaria.

Alkenes have double bonds. These tense bonds react more readily with other chemicals than many single bonds. They have not yet reached what chemists call thermodynamic stability—when they lose their potential to react. How can so much chemical potential persist in leaf molecules that are supposedly millions of years old?

Lund University News wrote, “The [waxy] membrane has been preserved in the fossil leaves, some of which are 200 million-years-old.”2 This age assignment clearly conflicts with short-lived original plant chemical bonds.

The results from the fossil leaves far exceeded our expectations, not only were they full of organic molecules, they also grouped according to well-established botanical relationships, based on DNA analysis of living plants i.e. Ginkgoes in one group, conifers in another.

Could ginkgos remain ginkgos and Araucaria remain Araucaria because they have been reproducing faithfully within separately created kinds from the beginning of creation?

The original biomolecules in fossil leaf cuticles point to their deposition thousands of years ago, not millions. Also, biochemical similarities between ancient and modern plants of similar groups show no hint of evolution, but fit just fine with the created kinds of Genesis 1:12.3