At Crater of Diamonds State Park in western Arkansas, families dig diamonds for fun while more serious sifters seek sensational paydays. Countless brides have wondered where the pretty diamonds on their rings came from. A visit to Crater of Diamonds reminds us of two key research results that refute the old ages assigned to diamonds. These results favor the Bible’s record of a more recent creation and Flood. 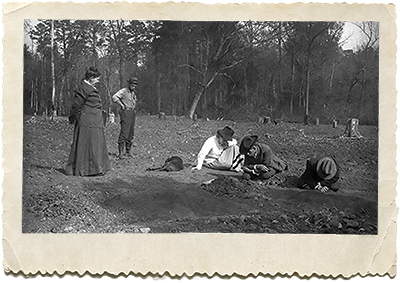 People have sifted for diamonds at Crater of Diamonds State Park in Murfreesboro, Arkansas, since 1906. To date, more than 70,000 diamonds have been found in the park.

Diamonds adorn the Arkansas state flag and license plates in honor of Crater of Diamonds State Park. The park is a rare place for the public to mine diamonds. The experience draws a diverse crowd. Serious searchers bring wagons toting buckets of gravelly soil to the park’s water troughs for wet sifting, while children bring their fingers to poke around the ground.

Despite the crater in the name, first impressions reveal no distinct crater shape at ground level. Rather, volcanic rocks called lamproite mixed in the soil show that you’re walking on the mouth of an ancient volcano. Park signage compares the ancient volcanic blast cloud to one of the largest ever recorded—the 1883 explosion of Krakatoa in Indonesia (misidentified on the park’s sign as happening in 1848). 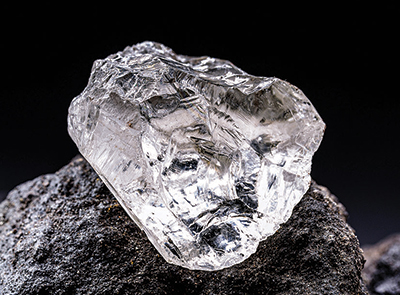 In a moment, mantle material from miles below shot up through Earth’s crust. When it neared the surface, exploding steam blasted fresh lava rock into a vast volcanic ash plume. If this erupted while Cretaceous sediments had already dropped to the bottom of the Flood’s surging waters, then it happened near the middle of the Flood year.1 Figure 1 shows the thickness of sediments that landed on southern Arkansas during the fifth of six major pulses of Flood sedimentation, each pulse called a megasequence. If our Flood model is accurate, then the ash plume could have erupted right into floodwaters, not directly into air. 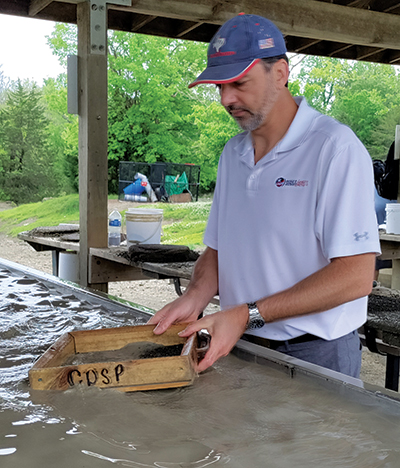 Back then, volcanoes gushed as continents collided. During this fifth megasequence, months into the Flood year, water finally overtopped the highest hills that then existed (Genesis 7:19). As volcanic eruption rates slowed after the Flood, so did diamond deliveries from the deep. Those who appreciate their diamond rings can thank God for bringing up gems through judgment.

Does evidence from Earth—or even better, directly from diamonds—confirm our Flood model?

Various park signs repeat the common assertion that diamonds formed billions of years ago. But two key research results bury that idea. The first came from the ICR RATE project.2 One branch of RATE research included measuring radiocarbon (radioactive carbon) in diamonds. If Earth formed thousand of years ago, then Earth’s diamonds might still retain some radioactive carbon atoms. In contrast, a billions-of-years burden bars carbon-containing material deemed older than 100,000 theoretical years from having any radiocarbon.3 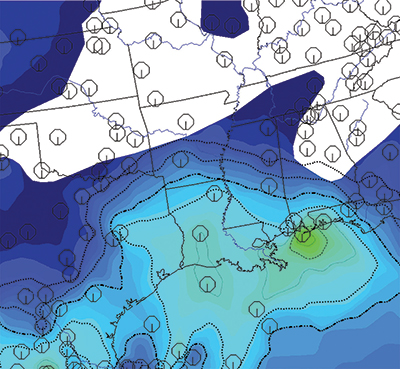 Radiocarbon labs use carbonaceous earth materials like natural gas, coal, marble, and graphite as instrument blanks. Workers assume they are too old to have any radiocarbon, but labs consistently reveal more radiocarbon in the blanks than contamination can reasonably account for. And before the RATE project, nobody had tested diamonds.

We express the levels of radiocarbon using pMC. This refers to the percentage of radiocarbon found in an ancient sample compared to the radiocarbon content in a standard modern sample. In general, the older the material, the smaller the percentage. Based on the measured decay rate, samples older than 100,000 theoretical years should show zero percent radiocarbon after subtracting known contamination sources like radiocarbon atoms in the lab air.

In 2005, Dr. John Baumgardner described the RATE team’s stunning results, shown here in Table 1.4 All 12 African diamond specimens had radiocarbon in them! With all this carbon still radioactive, how could these diamonds be even one million years old, let alone billions? No known underground process could generate the measured levels of radiocarbon. 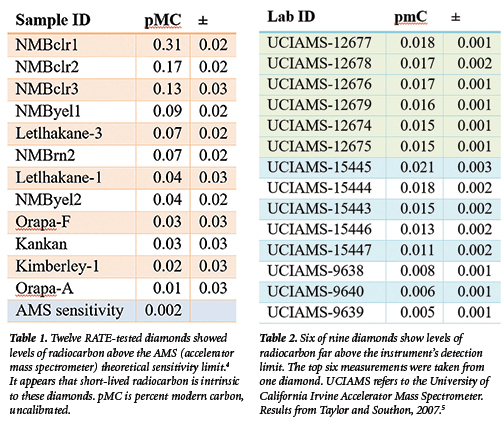 Secular experts, including the late R. E. Taylor, decided to measure their own diamonds. They found radiocarbon in theirs, too. Table 2 summarizes their results, published in 2007.5

These kinds of results so irked R. E. Taylor that he wrote a 10-page paper to try and explain them away.6 He and his co-authors argued that since diamonds are billions of years old, any radiocarbon they measured must result from contamination. That’s just circular reasoning.7 These results deserve to be investigated, not buried beneath bias.

A visit to Crater of Diamonds State Park, and for that matter a look at any diamond ring, reminds us of short-lived radiocarbon that two research projects found inside diamonds. Both sets of results confirm the thousands of years of Earth history that the Bible has been reporting to us all along. 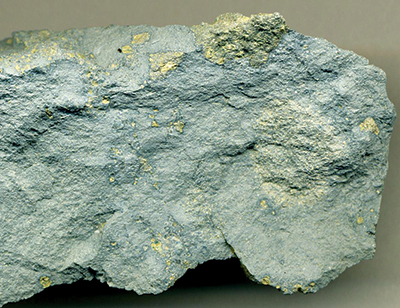 Volcanic tuff with lamproite from the Crater of Diamonds State Park
Image credit: James St. John. Used in accordance with federal copyright (fair use doctrine) law. Usage by ICR does not imply endorsement of copyright holders.