How do butterfly's wings shine? Like almost all other butterflies, the Morpho has wings covered with scales. Typically, pigmentation patterns across these scales generate wing colors, but a Morpho's scales deploy an additional feature.

On top of their scales, Morpho butterflies have countless tiny, tree-like structures with suspended branched arms that manipulate light waves. Spacing among the branches helps match targeted light-wavelengths, like blue for example. Repeated reflections of the same wavelength cause interference effects that, when viewed from certain angles, generate stunning iridescence. 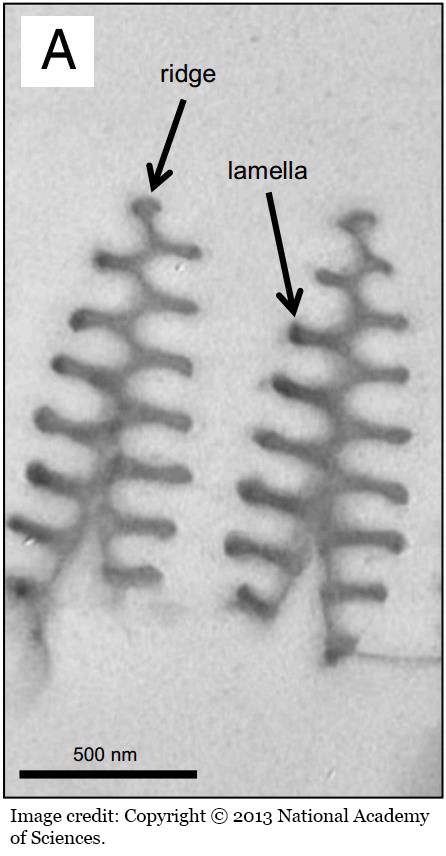 Given the incredible detail of this system, it seems that whoever designed these precise, tree-like features had expert knowledge of optics and nanotechnology.

But secularists regularly assert that such a conclusion would not be "scientific"—by which they likely mean that God cannot be considered as an origins option, even if His craftsmanship is the best explanation for the evidence.1

In 1858, Darwin named "natural selection" as a process whereby external factors, such as predators or habitats, formulate plant and animal traits.2 Yet Morphos occupy the same habitats as dull-colored butterflies, indicating that habitat alone did not lead to their iridescence. Furthermore, how would predators, being more apt to see the most brilliant butterfly prey, have played any role other than destroying—not generating—that very brilliance? According to Darwinism, nature selects traits that enhance survival. But brightly shining wings would more likely do the opposite. It's a wonder blue Morphos still exist.

Researchers recently reported the discovery of another unique attribute embedded in Morphos that also offers no known survival advantage: the tree-like scale structures are strongly polar at their tops and non-polar where they attach to each scale.3,4 Publishing these findings in the Proceedings of the National Academy of Sciences (PNAS), the study authors wrote, "Although this surface polarity gradient may not be essential for butterfly survival, but rather is a by-product of the process of scale development, this perspective on biological pattern design can offer opportunities for a variety of technological applications."3

Put bluntly, if this newly found polarity gradient is not "essential for butterfly survival," then how could natural selection be its cause?

In an attempt to solve this kind of dilemma, Darwin later invented what he termed "sexual selection."5 Supposedly, animals select mates based on preferences that, over eons, generate new traits in the opposite sex. And these new traits help the species survive by breeding more readily. But this simplistic story fails to fit key observations.

The PNAS study authors wrote, "Morpho butterflies are a brilliant spectacle of nature's capacity for photonic engineering."3 However, there is no reason—other than sheer bias—to credit nature with engineering butterfly optic structures that even human engineers have not yet been able to replicate.1,7

The Creator God of the Bible shines as the real Engineer here.