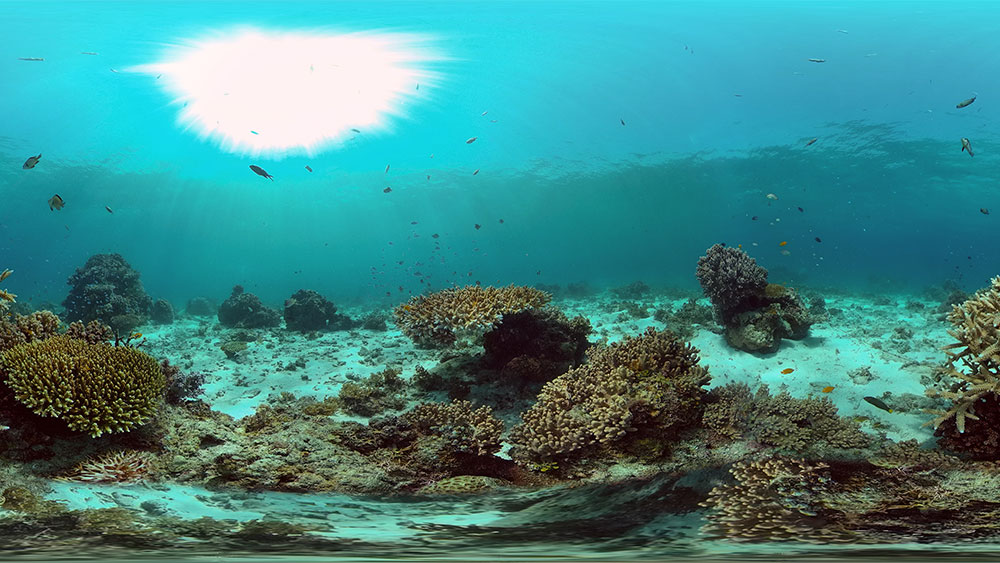 NEWS     CREATION SCIENCE UPDATE     GEOLOGICAL EVIDENCE INDICATES RAPID FORMATION
"Massively Exciting" Fossil Find
BY FRANK SHERWIN, D.SC. (HON.) *  |
MONDAY, AUGUST 01, 2022
Now this is exciting: “Geologists have found the fossil of the earliest known animal predator. The 560-million-year-old specimen is the first of its kind, but it is related to a group of animals that includes corals, jellyfish and [sea] anemones living on the planet today.”1

This particular group of invertebrates is called the Cnidaria, pronounced ‘nye-DARE-ee-uh.’ Their bodies often contain a jelly-like substance (mesoglea) and a radiating array of tentacles that possess cnidocytes—stinging cells with miniature harpoons that paralyze their prey and also act as defensive weapons against enemies.

Today, a broad and spectacular diversity of cnidarians are found worldwide in both freshwater and throughout the ocean. Cnidarians are estimated by conventional scientists to have evolved from some unknown ancestor as far back as 700 million years ago.2 However, there is no evidence that any cnidarians evolved from a non-cnidarian ancestor over an assumed period of long ages during the history of life on Earth. Why all the excitement?

The new discovery consists of a single fossil called Auroralumina attenboroughii that was found in Charnwood Forest, England, which is famous for its fossils. Reading the description of Auroralumina’s transformation into a fossil suggests it was a victim of Genesis 7.


All of the fossils on the cleaned rock surface were anchored to the sea floor and were knocked over in the same direction by a deluge of volcanic ash sweeping down the submerged foot of the volcano, except one: A. attenboroughii. It lies at an odd angle and has lost its base, so appears to have been swept down the slope in the deluge."1

Could the “deluge of volcanic ash” have been a deluge of water in the days of Noah? From the primary publication, we are told that A. attenboroughii, named after Sir David Attenborough, is a “stem group medusozoan,”4 and therefore it is an extinct member of the Cnidaria, unlike any other form ever found, with features of both sea anemones and jelly fish. It does appear to be a remnant of the pre-Flood world, and every bit as complex as the cnidarians we observe today.

Instead of answering—or at least contributing—to some basic evolutionary questions, "The discovery of Auroralumina, reported in Nature Ecology and Evolution, throws into question the timing of when modern groups of animals appeared on Earth.”1

In reporting this interesting discovery, the word "exciting" is used several times. Indeed, what makes the evolutionist so “excited” (i.e. uncomfortable) is that this new species of cnidaria is found “20 million years” before a controversial event known as the Cambrian Explosion.3


"It's generally held that modern animal groups like jellyfish appeared 540 million years ago, in the Cambrian Explosion, but this predator predates that by 20 million years. It's the earliest creature we know of to have a skeleton. So far we've only found one, but it's massively exciting to know there must be others out there, holding the key to when complex life began on Earth."2

Dr. Frankie Dunn from the Oxford University Museum of Natural History stated, “Our discovery shows that the body plan of the cnidarians was fixed at least 20 million years before this, so it's hugely exciting and raises many more questions."1 No wonder evolutionists use words such as "exciting," as there is no indication of what creatures cnidaria evolved from. It’s a new species that is a lot older than expected by evolutionary dating.5

The door swings both ways. Creation scientists are also excited. Auroralumina was a sophisticated ocean bottom-dwelling animal that was buried during the early stages of the Flood just thousands of years ago. There were living cnidarians before the Flood, and there are cnidarians thriving today. Be careful when you enter the sea!

*Dr. Sherwin is Research Scientist at the Institute for Creation Research. He earned an M.A. in zoology from the University of Northern Colorado and received an Honorary Doctorate of Science from Pensacola Christian College.
More Days of Praise