Massive Tsunamis Generated by the Flood, Not an Asteroid | The Institute for Creation Research
Skip to main content 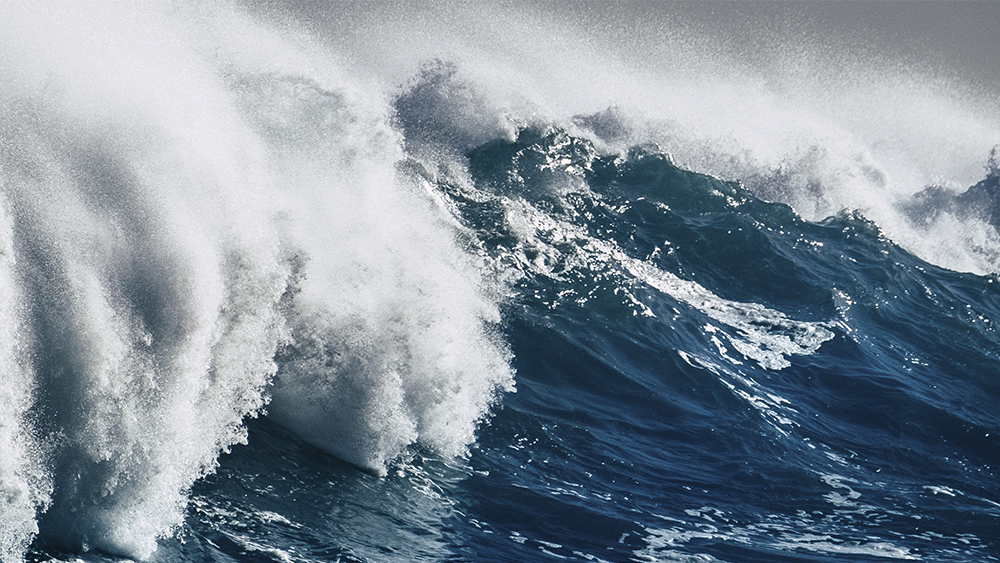 Two separate studies claim massive tsunamis and earthquakes from an asteroid impact profoundly affected the rock record. One research team modeled a 1.5 km (1 mile) high water wave that propagated across the ocean following the Chicxulub impact, causing sweeping erosion across the ocean floor.1 Another report asserted the same impact generated a mega-earthquake that caused twisted and contorted sedimentary layering around the world.2 However, claims of a massive dinosaur-killing impact in the Yucatan Peninsula are not compelling.3 Instead, these global phenomena are better explained by the global Flood described in Genesis.

A 9-mile wide asteroid hitting the Yucatan Peninsula (near Chicxulub) at the end of the Cretaceous has been used by conventional paleontologists to explain the so-called K-Pg extinction event. However, after examining the wells and the cores drilled into the Chicxulub site, there is not nearly enough melted rock to justify a large impact, nor is there much iridium found at the site.3 Iridium is supposed to be a tell-tale sign of asteroid impacts, yet only two wells at the site have found any iridium at all. Did the so-called ‘smoking gun’ leave no smoke, or was the impactor much smaller than claimed?3

Unsurprisingly, there is a lot of evidence of frequent earthquake activity in strata around the world. Sedimentary structures that indicate shaking of recently deposited, wet sediment is common, such as liquefaction features, wispy bedding, faulting and so-called soft-sediment deformation. But to tie these all to one major asteroid impact is rather preposterous. According to John Baumgardner, there may have been up to 360 tsunamis generated each day during the Flood year from catastrophic plate motion.4 Rapid plate motion also would have created thousands of massive earthquakes throughout the Flood year. Collectively, they would cause liquefaction, sediment dewatering and soft-sediment deformation in many sedimentary layers throughout the rock record. And that is exactly what we observe.

Sand dune heights are equal to about one-fifth of the water depth that forms them.3 Some dunes in the Navajo Sandstone reach 95 feet high,4 meaning they formed beneath about 500 feet of fast-flowing water! The tsunamis that made these sand waves must have been gigantic—and larger than any observed in recent history.5

Presumed massive impacts are not necessary to explain the geology we observe. Instead, the global Flood explains it. Large tsunamis and mega-earthquakes would have been repetitively generated by rapid plate motion during the Flood year. Sadly, most conventional geologists reject the idea of a global catastrophe like the one described in the Bible. Instead, they mistakenly turn to speculative catastrophes like asteroid impacts to try and explain global phenomena.