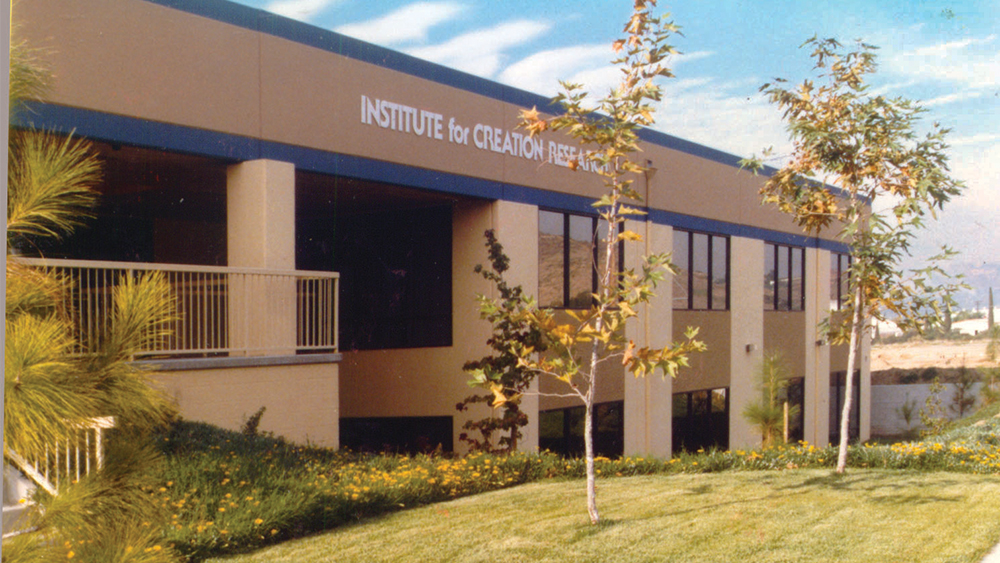 I first met Dr. Henry Morris in 1973 when he spoke in chapel at Grace College in Winona Lake, Indiana. With a growing interest in creation studies, my family and I spent the 1979–1980 sabbatical year in El Cajon, California, where time was divided between the Institute for Creation Research and Christian Heritage College (now San Diego Christian College).

It was a valuable year of research, speaking opportunities, and writing Impact articles for Acts & Facts magazine. One ICR highlight was a weekly “brown bag lunch” program where we shared current projects. There was also a daily prayer time for ICR staff, with Dr. Morris often giving Days of Praise devotions. I have rich memories of Dick Bliss, Duane Gish, Henry Morris, Don Rohrer, and other ICR friends. Visitors passed though the ICR facilities nearly every day, including supporting families as well as outspoken critics of creation. All were treated with respect.

Dick Bliss was a special ICR colleague and a joy to know. As a free spirit, Dick was a challenge to the ICR administration. However, he brightened everyone’s day. One evening after a joint speaking conference, Dick said, “Don, let’s order the biggest pizza we can find!” During another seminar, Dick was demonstrating the chemical light produced by fireflies. He mixed the large beakers of chemicals too rapidly, which resulted in an instantaneous blinding green flash. The audience cheered the activity, although they couldn’t see clearly for a time! 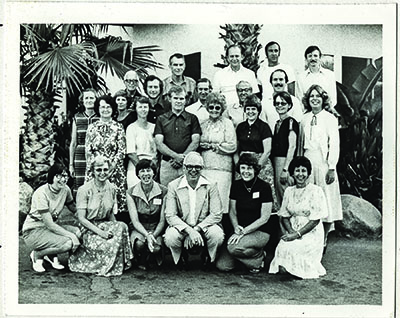 Dr. Richard Bliss with a team of teachers

During the summers of 1995 through 2002, I taught in the ICR Graduate School at the Shadow Mountain location in El Cajon. Courses included astrophysics, electricity and magnetism, and quantum mechanics. These were pre-PowerPoint years for teaching, with the use of an overhead projector and whiteboard. A typical class size was six to eight graduate students, with informal discussion and area field trips.

My own academic journey includes B.S. and M.S. degrees in engineering from Michigan Tech University, and a Ph.D. in nuclear and solid state physics from Iowa State (1972). I also earned an M.Div. degree in 1983 from Grace Seminary, with emphasis on Greek and Hebrew languages. Early on I realized that secular science alone could not explain the origin of life or the physical laws. In contrast, biblical creation provides a refreshing and compelling worldview.

Summer ICR activity was in parallel with a faculty career at Grace College teaching physics, math, and engineering. My Winona Lake neighbor and mentor was pioneer creationist theologian John Whitcomb. I took John’s seminary courses, and we coauthored The Moon in 1978, today in a fourth edition. Over the years there have been hundreds of speaking opportunities at summer camps, churches, and college campuses.

One highlight has been 12 summers of Bible-science teaching at Gitche Gumee Bible Camp in Upper Michigan. On the negative side, there was the abrupt cancellation of Bible science conferences due to faculty opposition at the University of Leon, France, in 2001 and Lehigh University, Pennsylvania, in 2007. Commitment to the biblical worldview is strengthened by such experiences.

Whenever possible, I illustrate creation concepts with object lessons and also involve the audience. For variety, I have impersonated creationist pioneers, including Isaac Newton and Michael Faraday, with their appearance and style. One favorite demonstration of the earth’s air pressure is showing a shelled hardboiled egg sucked into a narrow-mouth glass jar by reduced pressure, then afterward having the egg forcefully ejected from the jar by increased pressure. Over the years, my wife, Sally, has prepared dozens of hardboiled eggs for this activity. A personal teaching and writing ambition is to put science concepts on the “bottom shelf” for clear understanding by everyone, young and old.

During 1997 to 2005, I joined seven colleagues in the research program called Radioisotopes and the Age of the Earth (RATE), jointly sponsored by ICR and the Creation Research Society (CRS). Larry Vardiman skillfully chaired this project while we gathered and analyzed data. RATE uncovered discrepancies in traditional radioisotope dating and explored other areas of creation interest.1

CRS is also a career-long interest. I served on the board of directors during 1986 to 2022 and as board president for 22 years with this group of talented science-minded colleagues. CRS has always maintained a close friendship with other creation ministries, including ICR. This is no surprise, since Henry Morris helped form CRS six decades ago in 1963.

A personal academic adventure during 1990 to 2007 involved teaching offenders inside Michigan City and Kokomo, Indiana, prisons. Select inmates were invited to take Grace College courses for credit in pursuit of a B.S. degree in Bible or business. Typical class size was 30 students, with every session tentative due to sudden prison lockdowns. My courses included math, biblical creation, and astronomy. Students fondly named this third course “stars behind bars.” One offender, a long-term prison resident, reminisced with tears about how his dad long ago taught him the evening stars. As you can imagine, stars are not visible from inside a prison. I admire the inmates for their ambition to explore creation while serving time.

My current Grace College teaching is limited to two courses, astronomy and origins. Grace blessings include emeritus faculty status, the freedom to write books on the Bible and science, and sabbatical travels. This includes an extended stay in the Kingdom of Tonga in the South Pacific while teaching in a Christian school and enjoying the southern stars. As an additional blessing, the campus science building has a designated “Creation Cove” area where we conduct fossil workshops for area students. 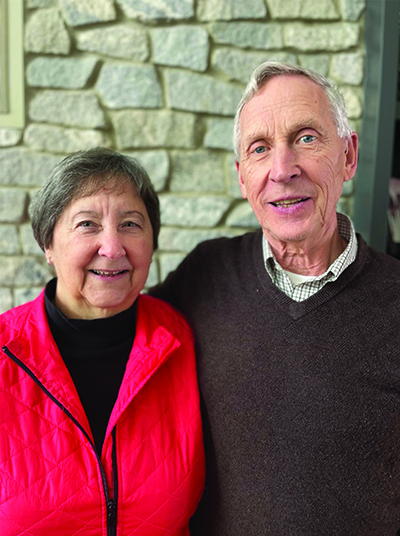 My wife, Sally, and I have been married 56 years as of 2022. We are blessed with three married daughters, nine grandchildren, and two great-grandchildren, all living in Indiana. Each is familiar with biblical creation, which has been part of our family life. Our retirement residence is a condo in Grace Village, Winona Lake. This resort town has a rich history of Bible conferences. Winona Lake is the hometown of evangelist Billy Sunday (1862–1935), and also where Billy Graham’s ministry was ignited.

Sally and I also enjoy getaways at a nearby lake cottage. Current hobbies include speaking and writing, stained glass art projects, bird watching, and kayak fishing. Some of our family also does backpacking and rafting, especially in the Grand Canyon. We have twice done round-trip, rim-to-north rim canyon hikes, called R3, a double crossing of the canyon in a single setting. We have also backpacked Catalina Island, Mount Rainier, and elsewhere.

Current creation research includes biomimicry, the exploration of present-day creation details to discover useful ideas and solutions to technical problems. A classic example is Velcro, based on the stickiness of the cocklebur. Biomimicry interest led to the 2009 book Discovery of Design: Searching Out the Creator's Secrets, along with the personal website DiscoveryofDesign2.com.

All the experiences described here have been life-enriching. Thanks to ICR for past, present, and future years of ministry, enriching lives for God’s glory.

*  Dr. DeYoung earned his Ph.D. in nuclear and solid state physics from Iowa State University and his M.Div. from Grace Seminary.