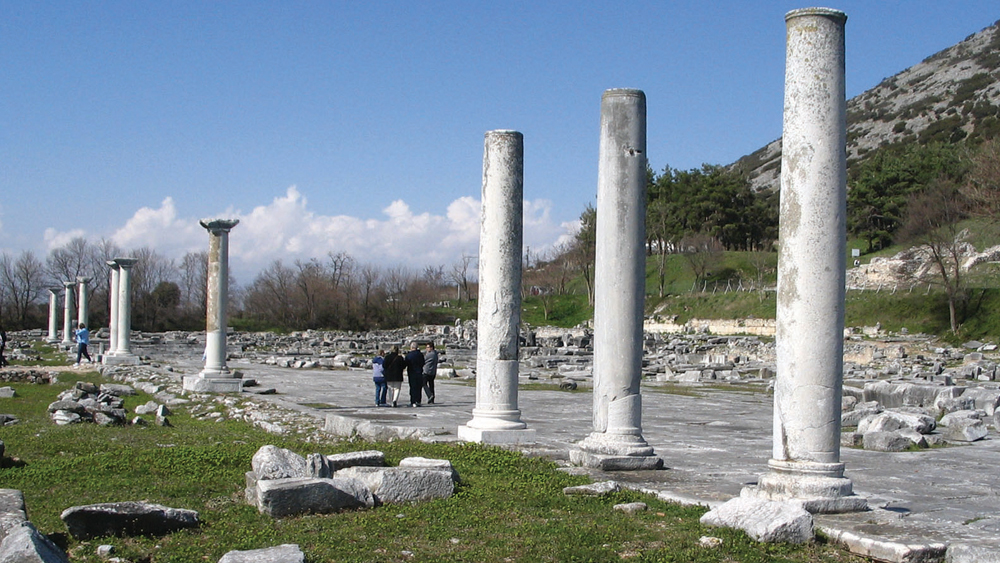 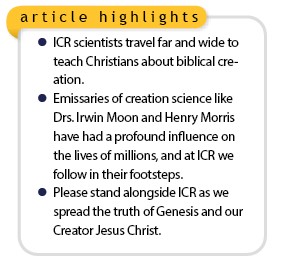 The book of Acts recounts the apostles’ journeys across the Roman Empire from Jerusalem and Judea “to the end of the earth,” preaching the good news of Jesus Christ (Acts 1:8). They frequently faced fierce opposition in carrying out the Great Commission. But they also were greatly encouraged by the generous and sacrificial support of fellow Christians who gave to help them carry out their mission (Philippians 4:10-20). Where would we be today if those early believers hadn’t helped spread the message of salvation through Jesus Christ?

Like the apostles, ICR scientists are sent out to urge those who believe in the false claims of evolution and the misled conclusions of conventional science to turn instead “to the living God, who made the heaven, the earth, the sea, and all things that are in them” (Acts 14:15). ICR scientists travel to various cities, speaking at events to encourage and equip saints, and challenge unbelievers, with the scientific truth that confirms creation as described in Genesis.

An ICR scientist’s work can be wearisome and discouraging in a world full of opposition and skepticism. But the Lord uses many encouraging testimonies, often from attendees at ICR events, about how ICR has impacted people in powerful and life-changing ways. It’s always inspiring to hear how a well-researched article, a helpful book, a timely radio broadcast, a carefully delivered presentation, or a challenging debate changed the life of a person from doubting God’s Word to trusting in its accuracy and clarity from its beginning.

In 1941, a series of creation presentations had a ripple effect for decades to come as they changed the life of a young man named Henry M. Morris. A recent college graduate, he joined the highway department as an engineer, designing roads and bridges. As a boy, Henry was taught what the Bible said about creation, but years of evolutionary teaching had left doubts in his mind about the historical and scientific accuracy of the Genesis account.

That changed when Dr. Irwin Moon of the Moody Institute of Science visited Henry’s home church in El Paso, Texas, and gave his “Sermons on Science.” Those Genesis-affirming presentations precipitated a reorienting of young Henry’s life mission toward studying God’s world in light of God’s Word and sharing those faith-fueling findings with God’s people. Where would we be today if Dr. Moon hadn’t given those presentations, or if Dr. Morris hadn’t followed the calling on his life that came through those presentations? He subsequently led many to the truthfulness of the Bible and founded ICR in 1970.

The work of  ICR scientists is vital to the building up and equipping of the saints, but bringing scientific and scriptural evidence for creation to a world thirsty for the truth comes at a cost. Your support of ICR makes possible resources like Acts & Facts, new books and video productions, and, of course, opportunities for our scientists to share the message about creation and its Creator, the Lord Jesus, with thousands of people every year across the country.

We can’t know who the next young Henry Morris in the audience might be, but we strive to faithfully share the message accurately and courageously so that lives are changed by the power of Jesus Christ. Your prayerful and practical support to spread the message of the truth about creation and our Creator Jesus Christ will have a life-altering impact on someone. We thank the Lord Jesus for your partnership in sharing the gospel and seeing lives changed through this important ministry work.

*  Mr. Kautt is Director of Events at the Institute for Creation Research.