The deepest and arguably most spectacular lake in the United States is located inside a volcano. Known as Crater Lake, it reaches 1,943 feet at its deepest point.1 Crater Lake National Park was established in 1902 by President Theodore Roosevelt and became America’s fifth national park. Near the center of the Cascade Mountains in south-central Oregon, Crater Lake is about a five-hour drive south from Portland and is eight hours north of San Francisco.2

How and when did this lake form? The evolutionary story talks about the Cascade Mountains beginning many millions of years ago.1 However, this date is based on disproven or unverifiable assumptions and evolutionary dogma. The real account begins with the global Flood just 4,500 years ago. 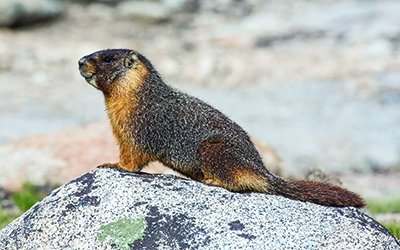 Yellow-bellied marmot
Image credit: Copyright © 2013 David Iliff. License: CC BY-SA 3.0. Used in accordance with federal copyright (fair use doctrine) law. Usage by ICR does not imply endorsement of copyright holder.
In ICR’s Flood model, the Cascade Mountains began development during the receding phase of the Flood.3 The source magmas were generated as the Pacific seafloor was rapidly subducted or pulled under the West Coast of North America during the Flood year.4 This process created explosive magmas much different from the Hawaiian volcanoes.5 This process caused repeated eruptions late in the Flood year and into the Ice Age. The Cascades grew very quickly into massive volcanoes.

The volcano beneath Crater Lake catastrophically erupted for a final time during the Ice Age. Formerly known as Mount Mazama, the 13,000-foot-high volcano blasted out about 75 cubic miles of material.2 This caused it to collapse upon itself, creating a bowl-shaped crater (caldera). This eruption was 42 times more powerful than the 1980 eruption of Mount St. Helens.2 The highest elevation within the park is now just 8,928 feet at Mount Scott.1


Following this final catastrophic explosion, a few lavas flowed out into the open caldera, and finally a tall cinder cone developed. Known as Wizard Island for its cone-shaped appearance, the island rises almost 800 feet above the lake’s surface.1 Cinder cones often form during a final degassing episode (like steam) as volcanoes go dormant or extinct.6

Early visitors in 1853 called it Deep Blue Lake, but it was later called Crater Lake in a newspaper account.1 No streams flow into the lake, and it is only fed by snowmelt from winter snowfalls of about 45 feet each year.2 Water is only removed by evaporation and groundwater seepage.1 Because of these factors, the lake is one of the clearest in the world, with visibility down to 120 feet.1 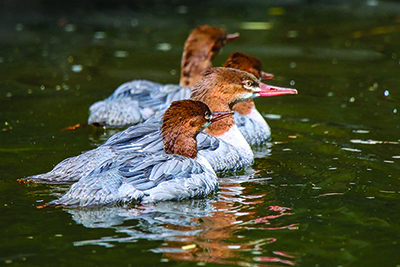 Crater Lake exhibits year-round beauty for those with eyes to see it, and about a half-million visitors view it each year. But some of Christ’s creatures don’t just visit, they call it home. As a clean freshwater lake, Crater Lake’s pure water is habitat to landlocked kokanee salmon and rainbow trout.

Its surrounding shorelands and Wizard Island provide evergreen-forested and felsenmeer habitat for a variety of large animals—“black bear, bobcat, deer, and marmots”2—plus many smaller animals such as pika, chipmunks, and golden-mantled ground squirrels.7

Birdwatchers, too, enjoy visiting Crater Lake. Depending upon the time of year, Crater Lake hosts many migratory or resident birds.

Who would expect such a beautiful lake surrounding such a magnificent volcanic cinder cone island? Those who visit Crater Lake and who gaze on Wizard Island can echo the prophet Isaiah’s words: “Let them give glory unto the LORD, and declare his praise in the islands” (Isaiah 42:12, KJV).

* Dr. Clarey is Research Scientist and Dr. Johnson is Associate Professor of Apologetics and Chief Academic Officer at the Institute for Creation Research. Dr. Clarey earned his Ph.D. in geology from Western Michigan University. 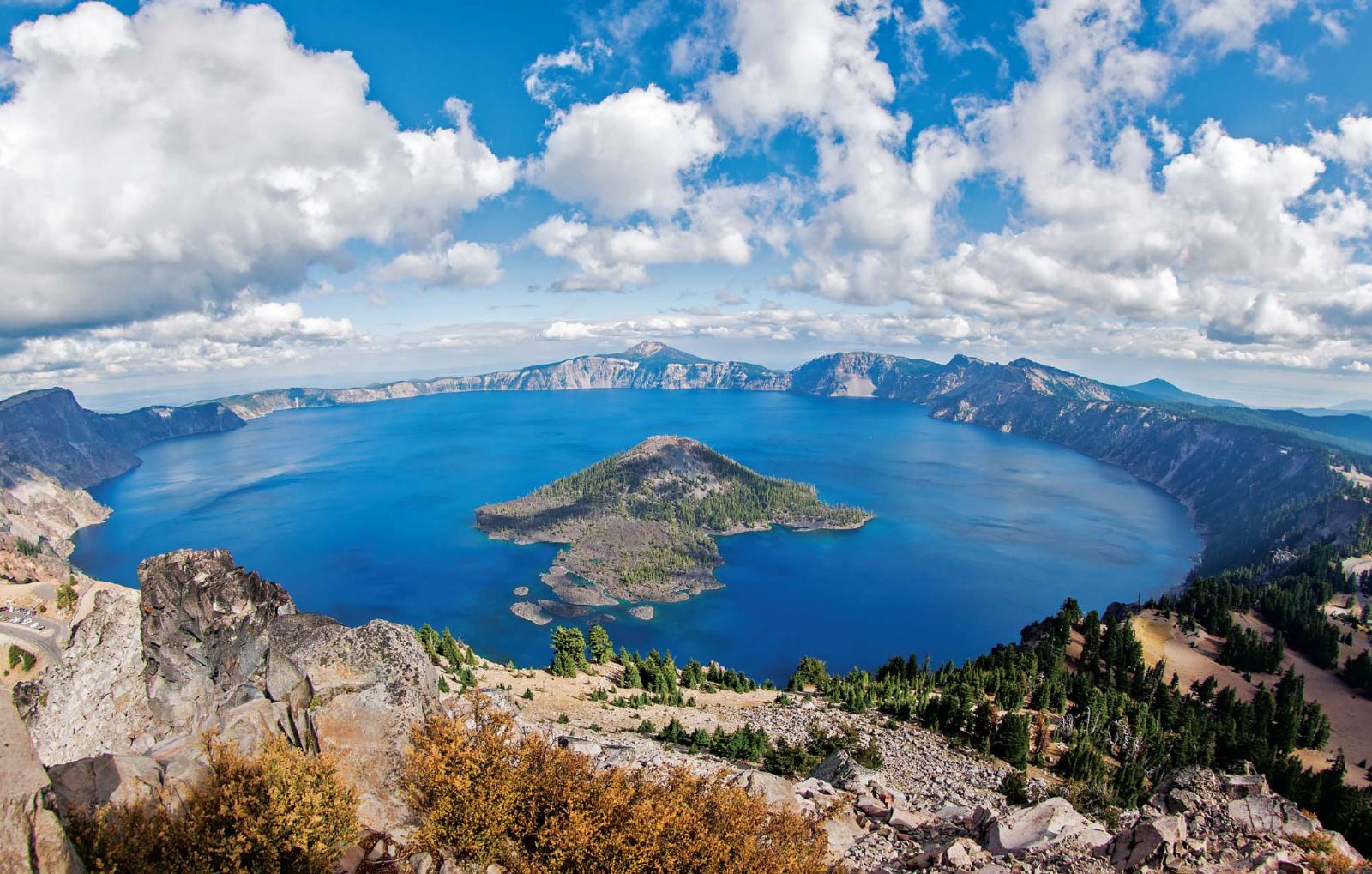