Almost four years ago, I announced in Acts & Facts the Lord’s leading and provision for beginning work on the ICR Discovery Center for Science & Earth History. We’d had a vision for some time to build a world-class facility to reach people of all ages with the foundational message that the Bible is authoritative in all things and that the scientific evidence confirms the Genesis account.

We joyfully anticipate the grand opening on September 2 and want to thank those who have diligently prayed with us and given to support this exciting new venture. As this article relates, the ICR Discovery Center will expand our decades-old mission to proclaim the whole of God’s creation truth to a lost world. — Henry M. Morris III, D.Min.

The work of the Institute for Creation Research begins and ends with the firm conviction that the Bible is wholly true. As followers of Christ, we trust Him above all else. His Word communicates to us with great purpose and clarity, and we proclaim all of it and reject any compromise. 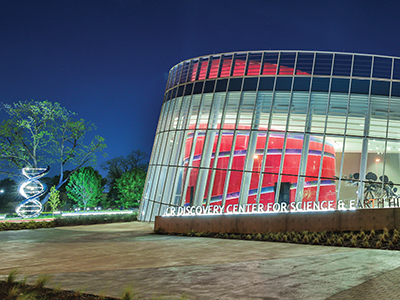 ICR’s particular focus is on the science that affirms the Bible. That’s why after almost 50 years of ministry, we took the extraordinary step of building the ICR Discovery Center for Science & Earth History. With our particular expertise in the fields of science, we can bring to the table what no other organization can—far-ranging, in-depth evidence that science agrees with God’s Word.

The Discovery Center will immerse people of all ages in the scientific evidence for biblical creation. ICR’s mission includes teaching the entire biblical message—beginning with Christ’s work at creation—and this new state-of-the-art facility will allow us a greater reach to bring God’s creation truth to those who need to hear it.

The message of creation is needed more now than ever before. Our world is saturated with evolutionary humanism. It affects everything from the education of our children, to the news reported in our media, to the movies and shows we watch, to even—unfortunately—the training offered in Christian universities and seminaries. Many Christians mistakenly think the creation-evolution debate is irrelevant and unnecessarily divisive. They couldn’t be more wrong. 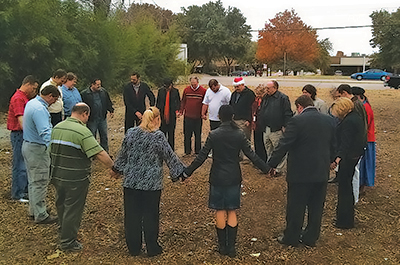 ICR staffers praying over the Discovery Center ground in 2010.

An understanding of the gospel requires an understanding of Genesis. It is the foundation of the Bible’s history and message that God created us in His image for a special purpose, and that although this purpose was derailed when Adam sinned, we can be redeemed and our relationship with God restored through saving faith in the work of Christ.

But evolution negates this message. The Bible states that the curse of sin is death, and this is why Christ came to defeat death on the cross and then rise again to give us the life with Him we lost in Eden. But if evolution is true, then death existed before Adam’s sin. Billions of life forms died long before humans arrived on the scene. Death wouldn’t be the penalty for sin, and therefore Christ’s sacrifice becomes meaningless and our hope is lost.

If God’s Word is authoritative in all areas, then picking and choosing isn’t an option. If it’s from God, how can it be authoritative in some and not in others? The creation message enables people to see the truth about God and His universe and helps establish their faith on the foundation of the whole of Scripture. 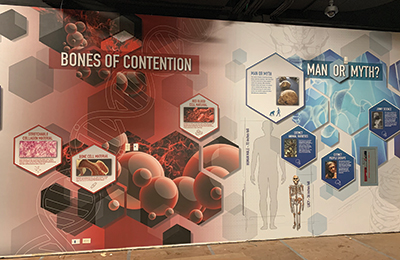 Only one reliable account of origins exists, and it was written by God Himself in Genesis. A normal, straightforward reading of the Genesis account depicts a six-day creation with 24-hour days occurring about 6,000 years ago. If this is true, then science should find substantial evidence supporting special creation as well as other historical Genesis events such as Noah’s Flood and the dispersion at Babel.

Last month’s feature article was “For Such a Time as This,” describing how God raised Dr. Henry Morris to be a catalyst for the modern creation movement. In 1950, Dr. Morris used his keen scientific mind to earn a Ph.D. in hydraulic engineering at the University of Minnesota. 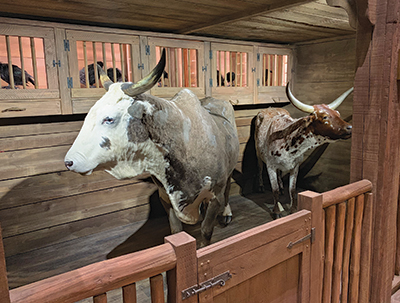 A pair of bovines settle into their home on the Ark.

God also gave him a deep interest in the Genesis Flood. He combined these passions to formulate a Flood model based on the Genesis narrative and found abundant evidence for it. In time, he realized biblical creation was the best scientific explanation for the world in which we live. He also realized that no scientific evidence truly supports evolution.

Together with theologian Dr. John Whitcomb, he wrote the groundbreaking book The Genesis Flood, which led to many opportunities for him to speak and write on biblical creation, and eventually to the founding of ICR itself. God gathered a formidable team from many disciplines to support Dr. Morris’ vision and has used them and others in this ministry to reach multiple thousands of people with God’s creation truth.

Many of today’s biblical creationists believed at some point in their lives in evolution and/or the deep time presented by secular science. What changed their minds? God’s Word. Scientific evidence contradicting evolution and deep time may have introduced doubt, but it was the Word that drew them to the truth. Creation scientists have discovered over and over, year after year, that their work in the scientific disciplines demonstrates the veracity of God’s Word—including Genesis. The scientific evidence they uncover refutes evolution’s empty philosophy that Earth, life, and the universe developed randomly over vast amounts of time, that humanity is here by chance, and that life offers little or no basis for a meaningful existence. Creation research affirms the value of life and the authority of God’s Word.

It Begins and Ends with the Word

God spoke the universe into being with the words “Let there be.” Christ healed and exorcised demons with His words. God’s Word has the power to create and the power to save. We must take seriously God’s description of reality. He alone witnessed His own creation—we did not. 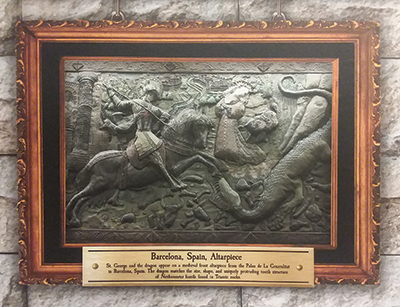 Many Christians today compromise the Word of God in one respect or another. ICR rejects any interpretation of Scripture that denies or undermines God’s work of creation as taught in Genesis. We cannot compromise because we take God at His Word. He never lies.

The Word is clear. Genesis 1–11 describes God creating the universe in six 24-hour days about 6,000 years ago. At ICR, we write, publish, speak, and have built the Discovery Center to proclaim God’s creation. We will continue to proclaim His Word in its power and purity, and the Word will not fail to do its work.

We invite you to join us in this important mission.