How can you wrap your mind around the idea of a worldwide flood that covered all the highest hills and mountains? Wouldn’t it be helpful—and fascinating—to see the global Flood year in fast-forward? The Omniglobe attraction at the ICR Discovery Center for Science and Earth History will bring ICR geologist Dr. Tim Clarey’s Flood discoveries to life. His team is mapping the coverage of each major sedimentary sequence that the Flood deposited across the continents. Among his findings the globe will show:

Dr. Clarey says, “It takes a global cause to pro-duce a global effect.” So far, his research has revealed these same sedimentation patterns on three continents: North America, South America, and Africa. You can read more about the research team’s findings on page 9. The Omniglobe exhibit will help visitors see how geological evidence confirms the Genesis Flood as a real catastrophic event in Earth’s history. 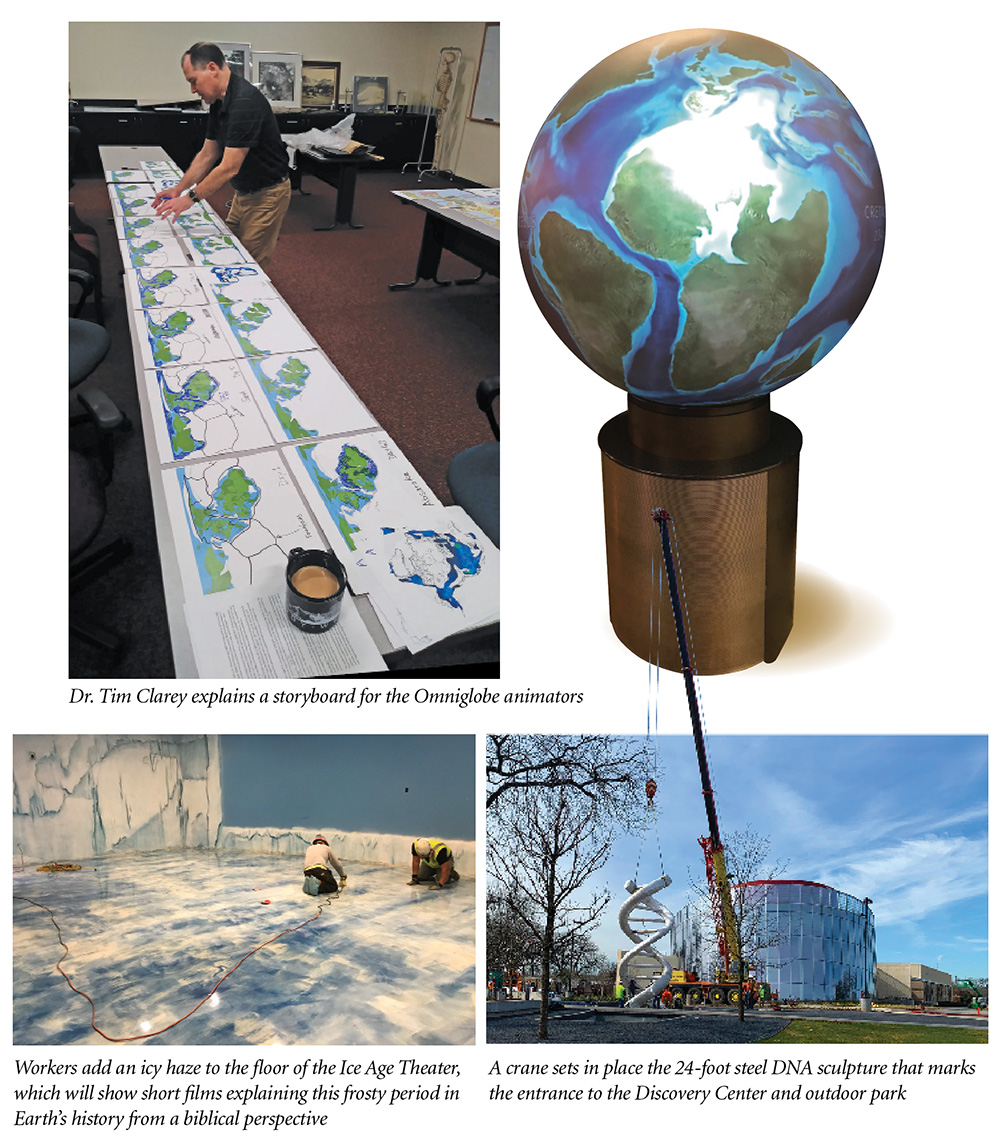