Soft tissues that are essentially unaltered should not exist in fossils that are millions of years old. This is because, in accordance with the Law of Entropy, the biochemicals in such tissues spontaneously break down within only thousands of years after death.

The chart below is a summary of technical and other reports describing original soft tissue fossils that came from a variety of unique fossil sites around the world. Many of the reports relate how researchers used special equipment to detect original biochemicals. Other than having partly broken down, the tissues had not been chemically altered since they were captured or buried. Each report therefore stands as a witness testifying to the young age—just thousands of years, rather than millions—of fossils and their associated rock layers. 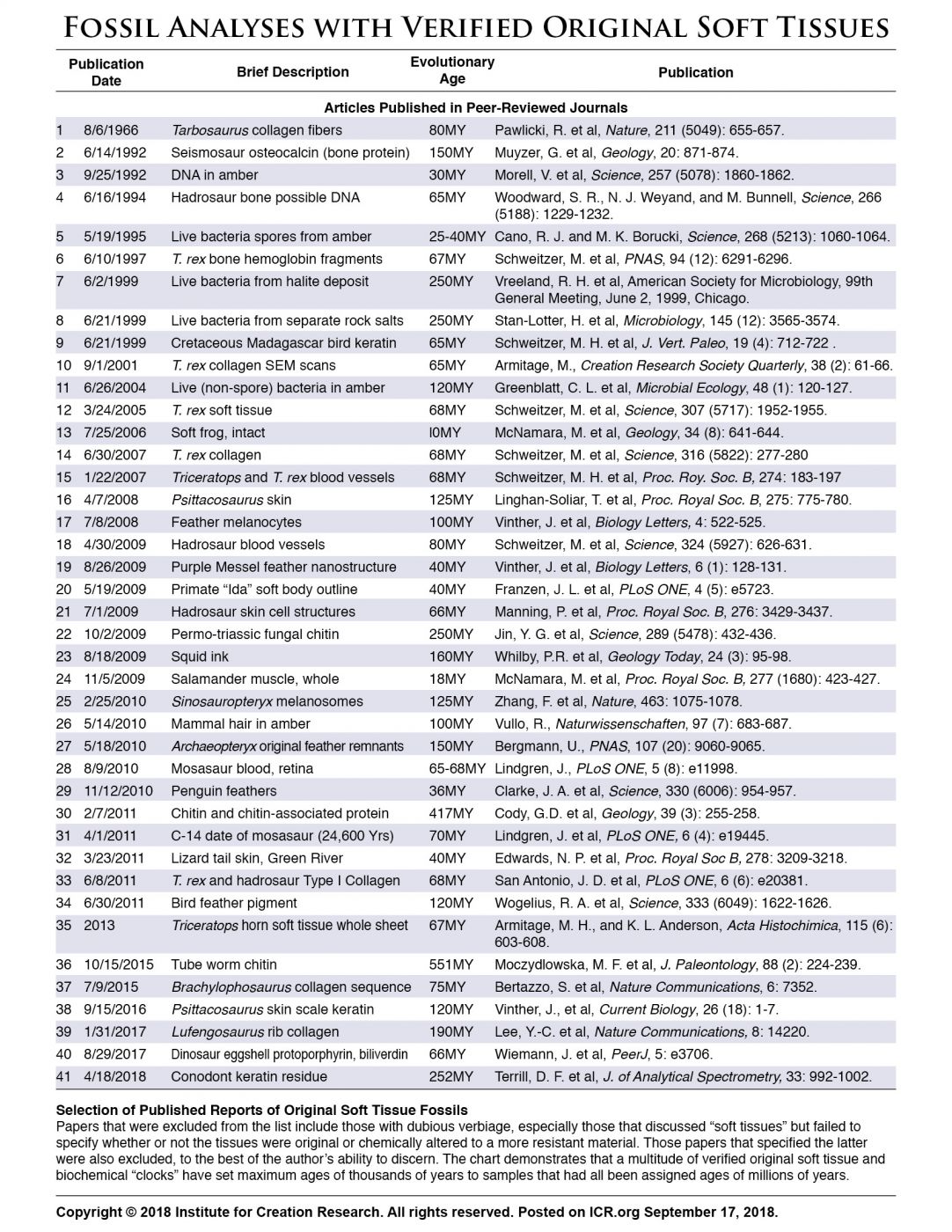