(1)
where: Dmax = largest clast size
k = strength
g = gravitational acceleration
p = density of clast or matrix
Now, the Bingham plastic rheology model for a debris flow states that the critical shear stress for movement (Tcrit) equals the strength of the debris (k); thus, Tcrit = k [29]. Although some large debris flows may be turbulent, Hampton [in 29], who used reasonable values for flow strengths and densities demonstrated that even large fast debris flows would probably be laminar and not turbulent; equation (2), called the Hampton Number [29], shows this relationship.

(3)
The largest clast size (Dmax) as field measured, gravitational acceleration of 9.8 m/s3, matrix density (P matrix) of 1682.0 kg/m2 and appropriate clast density (pclast) as indicated earlier was used in equation (1) to calculate strength (i.e. critical shear stress); the results are indicated in TABLE 1. These strengths (k) or critical shear stresses (Tcrit) along with a conservative "flow density" (p) of 1800 kg/m3 (to account for the 5-10% entrainment of clasts within the debris matrix) were used in equation (3) to calculate the minimum mean flow velocities also shown in TABLE 1. The calculated velocities are similar to previously reported rates of 20 m/s [29] and even up to 35 m/s [31] for debris flows. On continental slopes, earthquakes, tide or storm surges are required to initiate movement of debris flows; "a slope is a necessary prerequisite" [36].
TABLE 1: Minimum Mean Flow Velocities of Kingston Peak Debris Flows
Warm water is a favorable condition for the precipitation of calcium carbonate. The matrix of the carbonate layer (or layers) at or near the top of the puddingstones was verified by seventeen element analysis. The results indicate an average loss on ignition of 40.5%. Ca/Mg ratios fall in the range of either a sedimentary dolomite or calcitic dolomite [4]. Samples from the Crystal Spring section showed the highest amount of terrestrial input (i.e. Si02, Al203, and Ti02); whereas, the sample from Megaclast Ridge measured the lowest. The general trend is lesser terrestrial input towards the southeast. However, many dolomite layers are heavily brecciated and contain clasts of Beck Spring Dolomite including black chert and are interpreted as limy debris flows (e.g. Crystal Spring & Silver Rule Mine). Individual debris flows are known to deposit separate tongues of material that have quite different textual characteristics [29]. While following the single (and only) layer at Silver Rule Mine the dolomite disappeared into puddingstone. Other dolomite layers in the Kingston Peak Formation are not as brecciated and contain thick bands of black chert (e.g. Flying Saucer). About 500 m west from Flying Saucer the lowest dolomite layer was followed where it tapers out into puddingstones and becomes more brecciated. Just adjacent to this taper are chunks (>1 m in length) of brecciated dolomite that appear as if they broke-off from the dolomite layer and floated away within the puddingstones. The first 60 cm of the underlying puddingstone in this area appears smashed or contorted. These discontinuous "layers" may actually be olistostromes (slide accumulation) of uppermost Beck Spring Dolomite that slid and flowed into place concurrently with the puddingstones as they detached from the source region to the north. Brecciation could be caused by sliding, by broken fragments transported together, and by dewatering processes induced by earthquakes associated with sedimentary movements on faults [51].
Megabreccia Unit (KP)
Polymictic (more than one rock type) and monomictic breccias and megabreccias occur at the Kingston Range. They are clast supported layers with mostly subangular cobbles and boulders. At first glance, one could easily call many breccias "monomictic"; however, upon close examination most "monomictic" breccias are in reality "nearly monomictic". Polymictic and nearly monomictic breccias are comprised of clasts of dolomite, quartzite (or possibly granophyre), and lesser amounts of diabase, chert, and other clasts. "Nearly monomictic" breccias contain about 95% gray dolomite and only about 5% quartzite and other clasts. Most polymictic breccias rhythmically alternate with thin sandstone beds (e.g. Flying Saucer and Old House sections). They range in thickness from 2.0-4.0 m including sandstone beds about 20-50 cm thick. Many of the breccia beds are entrained with the same type of coarse brown sandstone that comprises the alternating sandstone beds. Cross-bedding in some sandstones indicates a southerly flow. The clasts of some sandy breccias become separated by about 5-25% matrix. The clasts of Beck Spring Dolomite within this unit are mostly subangular to angular while the clasts of supposed quartzite and diabase are usually subrounded to rounded. The largest clasts (Dmax) within the megabreccias typically measured from 1.5 m to 4.0 m long. This does not include the huge megaclasts. One block of Beck Spring Dolomite sits on top of the dolomite layer at the Rounded Hills section and measures 5 m thick by 12 m in strike length. This block is stratigraphically lower than the 40 m thick by 380 m long block observed stratigraphically higher in the formation measured near Silver Rule Mine. The 380 m megaclast extends through the overlying deposits and a rather large portion of it appears in depositional contact with the overlying Noonday Dolomite. Polymictic megabreccia composed of about 60% Beck Spring Dolomite clasts and 40% quartzite clasts surrounds the 380 rn long block. An interesting feature of the enormous dolomite blocks is their relation to the surrounding megabreccia. Most of debris in the breccias closer to the blocks becomes more monomictic with dolomite clasts similar to the block itself. This indicates that the blocks were breaking apart around the edges and generating much of the breccia debris while sliding. Similar processes occurred in the Split Mountain sturzstrom when rock debris was crushed and torn away from a larger "core stone" [17, p. 159]. There are an abundance of rounded to subrounded clasts of quartzite that occur in close proximity to and even within jigsaw puzzle monomictic megabreccias surrounding the giant clasts. To account for this, it seems reasonable that the harder quartzite clasts, *that probably originated from a more distant source [16], were presumably already in turbulent transport during the breakup and sliding of the dolomite blocks. The source area, about 4 km to the north of Megaclast Ridge was examined for two days. The point where the Noonday Dolomite directly overlies the Crystal Spring Formation was seen. From this point southward the thickness of the Kingston Peak Formation increases abruptly and the Noonday appears to overly the Kingston Peak as an angular unconformity. The Beck Spring Dolomite, even those sitting on the Crystal Spring Formation, appear as giant slide blocks. The northern tops of the slide blocks are in contact with the overlying Noonday Dolomite. Moving southward along the Noonday/Kingston Peak contact the following sequence was 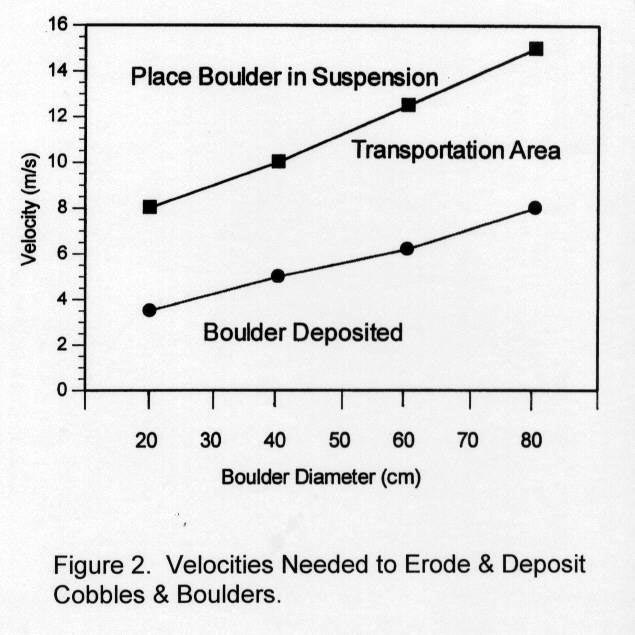 Should We Grouse About Not Seeing Grouse?
A recent report in Chesapeake Bay Journal laments the decline in ruffed grouse populations in the Chesapeake watershed region of its natural range. Ruffed...
BY: JAMES J. S. JOHNSON, J.D., TH.D.

Hero Shrew Spine Design Glorifies the Creator
When you first look at a hero shrew, you might wonder, “How in the world did this critter get this name?” But these little mole-like creatures...
BY: JEFFREY P. TOMKINS, PH.D.

Was a Franken-Fish “Created”?
In 2020, Hungarian zoologists described the hybridization of a Russian sturgeon and American paddlefish.1 Some sources have reported the scientists...
BY: FRANK SHERWIN, D.SC. (HON.)
More Creation Science Update

Neanderthal Extinction Dilemma
How did Neanderthals go extinct? Four researchers from the Netherlands recently published the results of their computer-modeled human populations in the...
BY: BRIAN THOMAS, PH.D.
Shop Related Products