Conference | The Institute for Creation Research
Skip to main content

For 40 years, the Institute for Creation Research has conducted creation apologetic conferences and seminars around the world in schools, churches, and in citywide events, featuring leading creation science speakers and topics covering the Bible and science, Noah's Flood, the design of the human body, and much more.

“The evolutionary lie is so pointedly antithetical to Christian truth that it would seem unthinkable for evangelical Christians to compromise with evolutionary science in any degree. But during the past century and a half of evolutionary propaganda, evolutionists have had remarkable success in getting evangelicals to meet them halfway. Remarkably, many modern evangelicals…have already been convinced that the Genesis account of creation is not a true historical record. Thus they have not only capitulated to evolutionary doctrine at its starting point, but they have also embraced a view that undermines the authority of Scripture at its starting point.”

—Dr. John MacArthur, from The Battle for the Beginning

Discover the answers to these and other questions:

For 40 years, the Institute for Creation Research has led the way in research and education in the field of scientific and biblical creation, bringing the evidence for creation to churches, schools, and in citywide conferences. Speakers like Dr. Henry Morris III, Dr. John Morris, Dr. Randy Guliuzza, and others present solid evidence from science and Scripture. 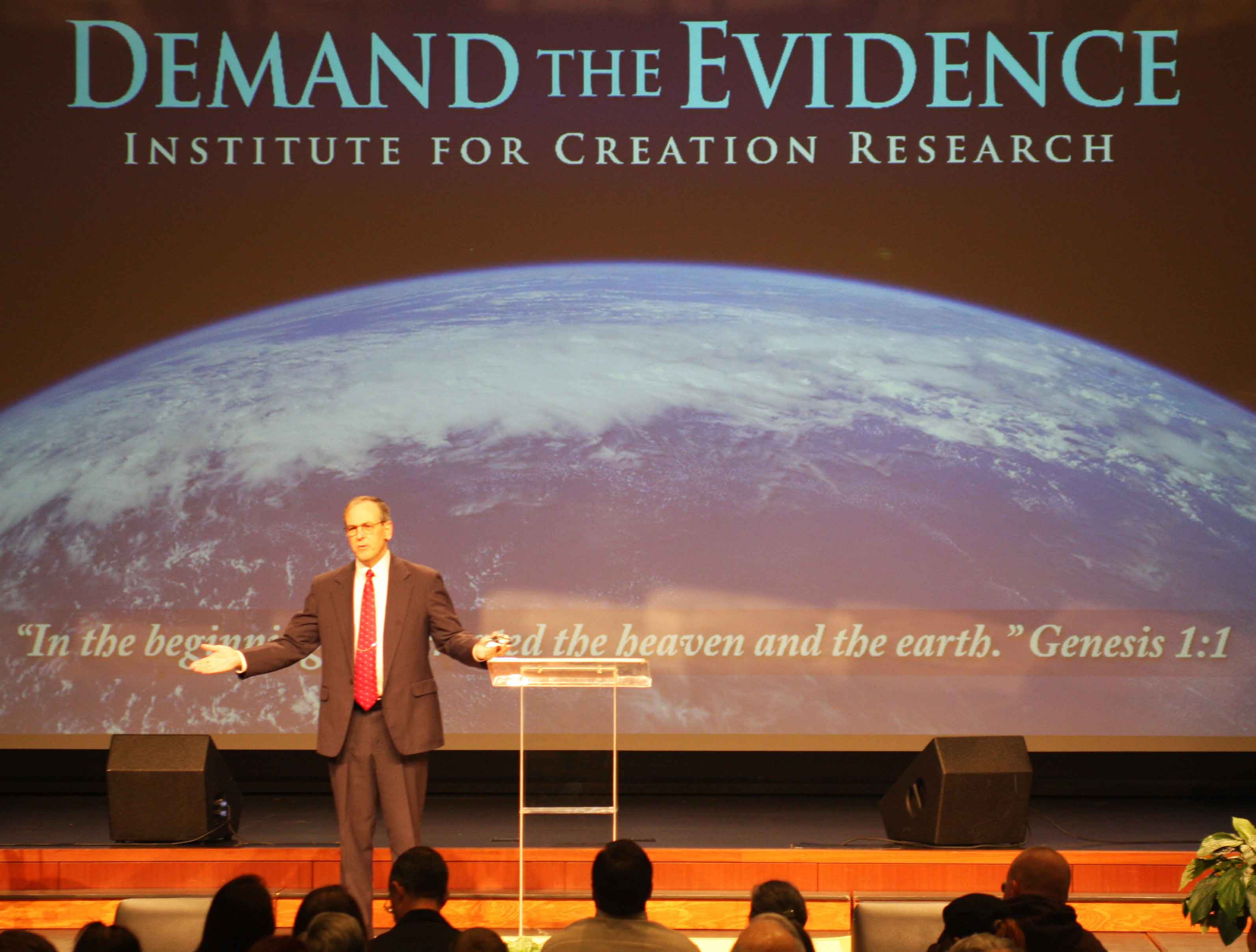 To order a special 8-message DVD set of Demand the Evidence, visit the ICR Online Store.

To find out about having a Demand the Evidence Conference in your area, contact events@icr.org or call 800.337.0375.