A Beautiful, Extinct Bird | The Institute for Creation Research
Skip to main content 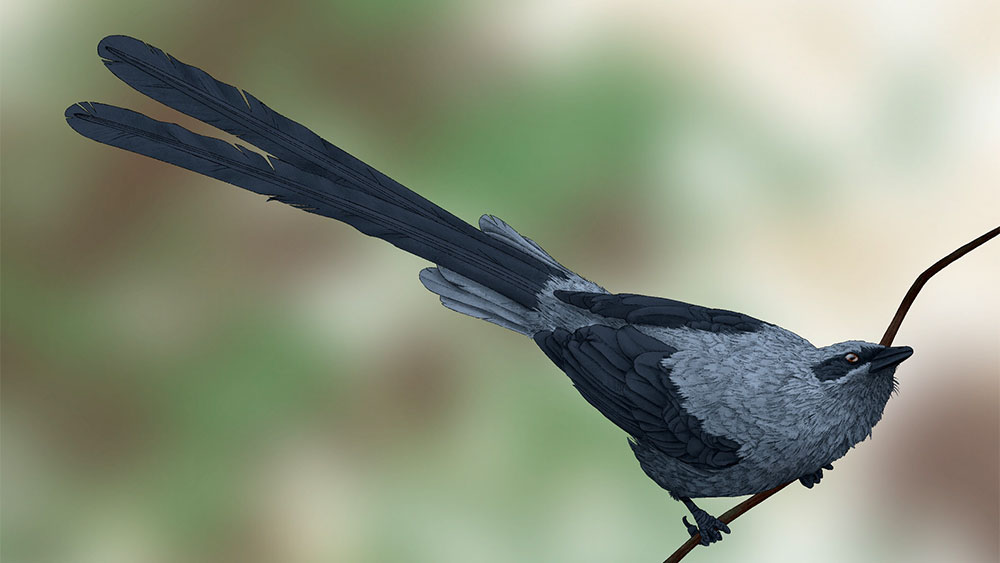 NEWS     CREATION SCIENCE UPDATE     FOSSILS SHOW STASIS AND NO TRANSITIONAL FORMS
A Beautiful, Extinct Bird
BY FRANK SHERWIN, D.SC. (HON.) *  |
MONDAY, JULY 11, 2022
In 2021, a fossil of an evidently beautiful bird the size of a bluejay was unearthed from sedimentary deposits in northeastern China. The bird—named Yuanchuavis—had a unique combination of different types of tail feathers not seen before.


"It had a fan of short feathers at the base and then two extremely long plumes," says [Jingmai O'Connor, a paleontologist at Chicago's Field Museum]. "The long feathers were dominated by the central spine, called the rachis, and then plumed at the end. The combination of a short tail fan with two long feathers is called a pintail, we see it in some modern birds like sunbirds and quetzals."1

Yuanchuavis was clearly a beautiful bird from the pre-Flood world with some physical characteristics we see in birds today. Evolutionists, however, put a baseless evolutionary spin on the fossil stating, "This new discovery vividly demonstrates how the interplay between natural and sexual selections shaped birds' tails from their earliest history."1 A supposed “interplay” between natural and sexual selection had nothing to do with shaping the bird’s tail. It’s but mere opinion by evolutionists.

Furthermore, the unintelligent and mysterious powers of natural selection2 are called upon to pay attention to sexual selection,3 “Researchers say the discovery shows how even in their earliest history, natural selection had to pay mind to sexual selection.”4 But how do evolutionists know sexual selection operated between inanimate fossils 120 million years ago? Dr. Wang Min, a researcher at the Chinese Academy of Sciences stated, “it is notoriously difficult to tell if a given fossilized structure is shaped by sexual selection, considering the imperfect nature of the fossil record.”1 Evolutionists must rely on inference, drawing analogies, evolutionary pressure, assumption and suggestion, all undefinable qualities.5

The dating of the bird fossil is suspect as well, “The fossil was discovered in the 120-million-year-old deposits of the Jehol Biota in northeastern China.”1 But some modern birds (quetzals and sunbirds) are arrayed with “a fan of short feathers at the base and two extremely long plumes, called a pintail” just as Yuanchuavis is. Yuanchuavis is an extinct 100% bird with modern features. Creationists would say the fossil was formed during the Genesis Flood about 4,500 years ago.

Dr. Sherwin is Research Scientist at the Institute for Creation Research. He earned an M.A. in zoology from the University of Northern Colorado and received an Honorary Doctorate of Science from Pensacola Christian College.
More Days of Praise

NEWS
Stars Defy Big Bang
Recent measurements by astronomers at the University of Cologne (Germany) and Masaryk University (Brno, or the Czech Republic) have shown that a fast-moving...
BY: JAKE HEBERT, PH.D.
Shop Related Products
$