Tardigrades, also known as water bears, are smaller than a millimeter, live in water, and can endure all kinds of harsh environments. A recent research project found that asteroid impacts and nearby supernovae and gamma-ray bursts would wreck humanity but leave tardigrades unscathed. Does this mean we should expect to find tardigrade-like life on other planets and moons?

They used the tiny, hardy tardigrades as the top candidate for life that might survive harsh conditions on other planets like Mars. Scientists have a tough time trying to terminate tardigrades. Creation writer David Catchpoole wrote, “You can freeze them, boil them, dry them, starve them and even put them in a vacuum—yet they still bounce back.”2 Physicist Sloan told Oxford News & Events,

To our surprise we found that although nearby supernovae or large asteroid impacts would be catastrophic for people, tardigrades could be unaffected. Therefore it seems that life, once it gets going, is hard to wipe out entirely.3

Once it gets going? Well, how does that happen? The Oxford news merely noted, “Once life emerges, it is surprisingly resilient and difficult to destroy.”3 The three scientists admitted in their technical report, “We do not fully understand the mechanisms by which life started.”1

Indeed, scientists don’t even fully understand the mechanisms by which life lives. But we know enough to understand that it could never happen on its own.4 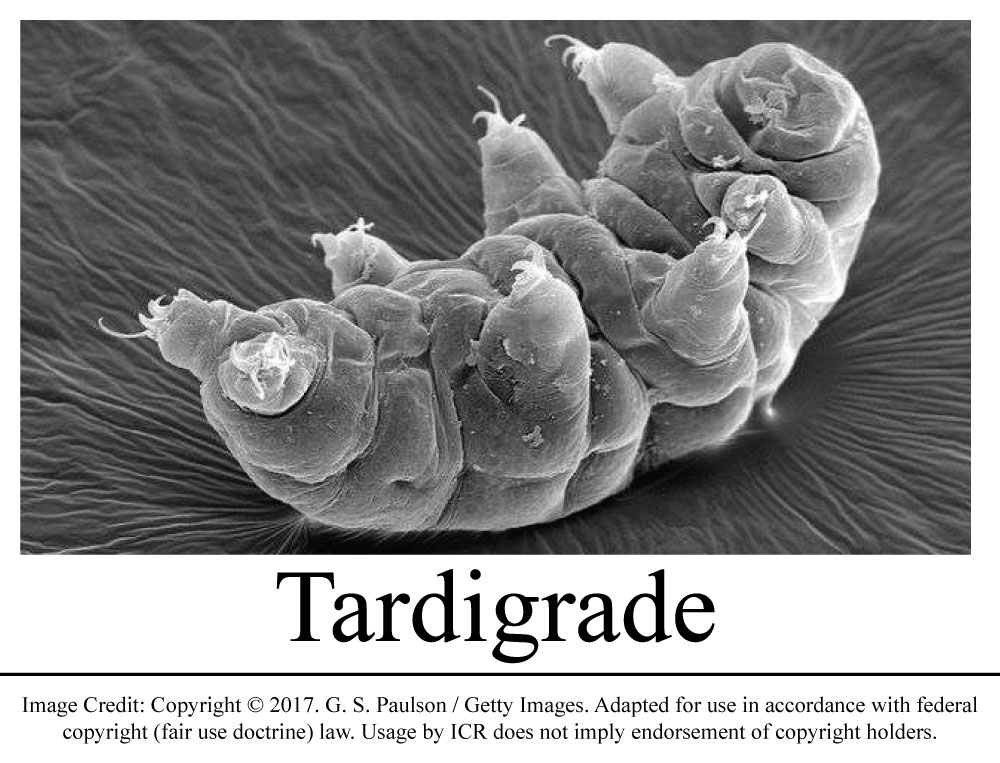 No scientist has seen life emerge from nonlife. None have witnessed a simpler form morph into a survival master like a tardigrade. Whenever complicated machines do “emerge,” clever machinists, not natural processes, make it happen. How clever is tardigrade machinery?

These mini monsters can shut down all internal systems for more than a century by packing their organelles in “tardigrade-specific intrinsically disordered proteins” (TDPs) that lock essential proteins into a glassy mixture.5 Then tardigrades resume life activities within an hour of improved conditions—like awakening from suspended animation. Their cells even express unique proteins that suppress X-ray damage to their DNA.6

The level of clever design within life in general, and tardigrades in particular, demands special creation. But these researchers leapfrog this clear connection with a mere assumption. They wrote in Scientific Reports, “We make the further assumption that life will evolve to adapt to the extreme environments of exoplanets as it has to those on Earth. Again, we justify this by the ubiquity of life across environmental conditions.”1

In other words, since tardigrades exist, they must have evolved. But isn’t that just circular reasoning—assuming a conclusion at the outset?

They conclude that life just happened to become excellent at surviving and that we should expect to find hyper-hardy life beneath the surface of Mars. But this kind of thinking, wherever it exists, blatantly ignores the clear evidence of divine design in tiny tardigrades.