Evolutionary theory emphasizes the "survival of the fittest," and the idea that progress comes through elimination of less-fit organisms. This idea has been used to justify an ethic of selfishness by saying that selfish behavior has produced great evolutionary progress. Evolutionists generally hold that instances of cooperation and even altruism seen in nature are only the principle of the wolf pack—organisms banding together temporarily for mutual benefit in the struggle for individual survival. For example, Oxford zoologist, Richard Dawkins, in his book, The Selfish Gene, paints a picture of the living world as a selfish, dog-eat-dog place where the self-seeking behavior of many competing gene pools is the only reality. Dawkins is eloquent in his portrayal of genes as cunning, savvy survivors who somehow use living things for their own ends. Thus, this self-seeking evolutionary ethic should not allow the folly of self-sacrifice. 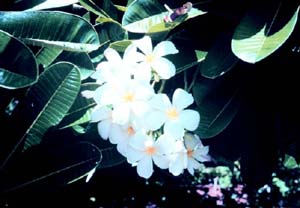 The greenness of the earth's surface vegetation is something very familiar to us, like the blue of the sky. The green world of life moves very slowly, by our standards, and is deceptively quiet. But, hidden in the slow quietness, there is activity faster than anything seen in the best engineered factory of human invention. The green leaves of the world are incredibly productive, turning out simple sugars, carbohydrates, cellulose fiber, and oxygen by the billions of tons each year. All they need to do this is sunlight, carbon dioxide, and water. Their life processes are obviously very different from those of the animals yet perhaps more complex. How different are they? How did those differences arise?

It was not understood until recently why this basic division of life existed, or how plants and animals balance each other in the biosphere. This understanding began to be developed just over two hundred years ago, when the pioneering chemist Joseph Priestly showed that a small animal kept in a sealed jar with plants could exist indefinitely, whereas the animal alone would die of suffocation in a short time. It was understood that plants somehow renewed the breathable part of the air. This led to new practices in the sickrooms and hospitals where flowers were brought in to renew the air for the patients. However, one skeptical physician, Jan Ingen-Housz, wasn't satisfied. Experimenting further, he found that plants do indeed renew the breathable part of the air, but only when exposed to sunlight, and only when the green parts of the plant are present. The non-green parts, such as the flowers, or the green parts when kept in darkness, behaved just as animals did by depleting the breathable part of the air (which we now know as oxygen). So, plants were able, in sunlight, to produce free oxygen, but both animals and plants in darkness used up oxygen.

Modern biochemical research has shown that these processes are guided by very complex biological catalysts called enzymes, but the actual chemical changes are surprisingly simple. The plant process that makes oxygen (and sugar) using sunlight is photosynthesis, and the plant/animal process that breaks down sugar and oxygen to produce energy is respiration. These mutually balancing biological processes can be expressed as the following chemical reactions:

With the use of powerful electron microscopes and other modern techniques, the cell parts responsible for these processes have been identified. The respiratory processes are carried out by tiny membrane-bound organelles called mitochondria, which are present in both plant and animal cells. Mitochondria have a complex inner membranous structure which has membrane-bound enzymes as well as special inner compartments. These carry on the reactions of respiration, converting sugar breakdown products in the presence of oxygen to produce carbon dioxide, water, and energy. Photosynthesis, however, takes place in structures called "chloroplasts," which contain the green pigment chlorophyll. Like the semiconductor matrix of a photoelectric cell, chlorophyll is able to send electrons excited by incoming photons of light into a cascade of electron-channelling molecules which harness them to produce chemical energy (ATP). Chloroplasts have a complex inner and outer membranous structure, like mitochondria, but are unique to green plants and single-celled algae.

In addition to the "higher" plants, there is a unique and widely distributed group of photosynthetic bacteria. This group is called the blue-green bacteria or "cyanobacteria." The ability of the cyanobacteria to "fix" nitrogen (the formation of nitrogenous compounds from atmospheric nitrogen) and undergo photosynthesis are unique traits. Some of the more common genera of cyanobacteria are Anabaena and Nostoc.

So, where did the photosynthetic ability, with chlorophyll and chloroplasts, come from? Evolutionists don't know. They have existed as long as plants have existed, or at least three billion years, according to evolution. Moreover, evolutionists think that the "multi-cellular" forms of plants evolved from green algae (phylum Chlorophyta) about the time of the Cambrian period, 600 million years ago. This is pure speculation, because there is no fossil evidence to support this idea, nor can it be shown how it plausibly could have happened. Furthermore, regarding the origin of flowering plants, the late Colin Patterson of the British Museum of Natural History said in 1993 that, "The origin of angiosperms, an 'abominable mystery' to Darwin, remained so 100 years later and is little better today." There is simply no clue as to how this exceedingly complex cellular mechanism for capturing light and using it to make oxygen and sugar evolved. As is always the case, macroevolution is assumed, but not proved.

Thus, plant cells have metabolic energy-producing structures and reactions similar to our own cells, but have, in addition, the complex mechanisms for photosynthesis. This would appear to give them, at the cellular level, a survival advantage, since they can use the daily presence of sunlight as a food source, and not rely on the uncertainties of a scavenger existence. Indeed, other one-celled organisms, the euglenas, have both chloroplasts and eating abilities, making them both plant-like and animal-like. Why, then, have plant cells—or euglenoid organisms—not evolved to a higher level than animal cells? Why, indeed, did they ever split off from the animal kingdom at all (or vice-versa)? And, why did the "higher plants" evolve the ability to produce virtually every one of the many vitamin and mineral nutrients needed by the bodies of animals, and thus set themselves up as our main food target? In further support of creation, it is also true that plants, in addition to being our main food source, contain many chemicals that have healing and restorative properties for us. Physicians and pharmacologists have long known that the green world is the source of most of the useful medicines and balms which can bring healing and relief of suffering. Why should the plants have evolved the means of healing their evolutionary enemies?

This line of reasoning brings us to a principle in nature long recognized by scientists, both believing and skeptic. This is the "anthropic principle" which recognizes that the heavens, the earth, and the things on the earth look very much as though they were made for man, to make the world a livable place for humankind. The plant world certainly echoes this theme—far from looking as though it were a product of struggle-for-survival evolution, it looks very much as if it were made for man, and for the animals as well.

The evolutionist will point to thorny or poisonous plants, and maintain that these are examples of evolved defensive mechanism. The creationist maintains, with at least equal basis, that these evil things are the result of Adam's sin and the resulting curse on the natural world. "Cursed is the ground for thy sake; . . . Thorns also and thistles shall it bring forth to thee. . ." (Genesis 3:17,18). In support of creation thinking, studies in plant embryology have shown that thorns are largely degenerative in nature. A high degree of organization and complexity, coupled with ongoing decay and degeneration, is a recurring theme in the study of nature, and points to descent from an even higher order.

To conclude, this fundamental biological division of the living world, mysterious from a hypothetical evolutionary viewpoint, suddenly comes into clear focus through a single Bible passage. Genesis 1:29,30, shows us why it is that plants fulfill nearly all of our diverse nutritional needs and are absolutely essential to our good health and longevity. "And God said, Behold, I have given you every herb bearing seed, which is upon the face of all the earth, and every tree, in the which is the fruit of a tree yielding seed; to you it shall be for meat. And to every beast of the earth, and to every fowl of the air, and to every thing that creepeth upon the earth, wherein there is life, I have given every green herb for meat: and it was so." This, and not selfish evolutionary competition, is why plant cells have worked with biochemical technology superior to that of our own cells since the world began, just to supply us through God's grace and providence with our daily bread.

Why did God make the biosphere this way instead of giving us the capacity to convert sunlight into energy ourselves? Perhaps He wanted to show us our dependence on Him, making us need to take in something physical and tangible from outside of ourselves for life and energy. And, though it doesn't conform to the modern image of God as an austere spoil-sport, it also seems that God wanted to provide us with the pleasure of eating a rich variety of colorful and tasteful foods. We should remember this when going through the daily ritual of giving thanks for our food. Through God's love, generosity, and ingenious biochemical engineering, every farmer's field and garden plot becomes a place of countless miracles, all for our benefit. We should realize and be thankful that we receive our bread from heaven every day, no less than the Israelites did in the wilderness. We can also look forward to the day when the curse on the living world will be lifted, and the highest creation of the plant world, the tree of life, will be restored to redeemed humanity. "In the midst of the street of it, and on either side of the river, was there the tree of life, which bare twelve manner of fruits, and yielded her fruit every month: and the leaves of the tree were for the healing of the nations. And there shall be no more curse: but the throne of God and of the Lamb shall be in it; and His servants shall serve Him" (Revelation 22:2,3).

* Dr. Demick is a pathologist in Hastings, Nebraska.