But we speak the wisdom of God in a mystery, the hidden wisdom which God ordained before the ages for our glory….But God has revealed [it] to us.
(1 Corinthians 2:7, 10)

Salvation’s story begins in Genesis. From there the mystery of God’s great plan of redemption continues to unfold throughout Scripture. Yet many people struggle with understanding Genesis, hoping perhaps to pick up the story later in the Bible where it appears to be more in line with history. But the first book of the Bible is real history—the history of beginnings. 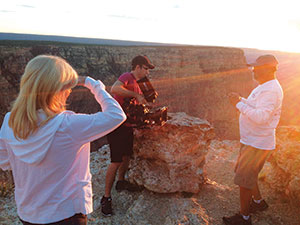 This book of beginnings holds foundational truths for all of life, and its mysteries beckon us to discover God’s design and purposes in creation.

What seems to confound so many is the creation of the heavens, the earth, and life itself. These unimaginable events and the ongoing evidence of God’s designing hand clearly display God’s very nature and power (Romans 1:20). Genesis holds the key to understanding our origins. 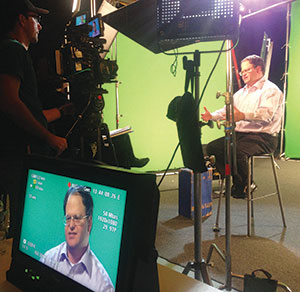 That body of evidence is so important to salvation’s story that from the very beginning Lucifer sought to undermine all trust in the Creator. Since the Fall, rebellion against God has often centered on confusing, undermining, and even denying any proof of the accuracy and authority of the work of God, starting with original sin and later displayed at the tower of Babel (Genesis 1–11).

In the previous three issues of Acts & Facts, our feature articles, “Determined to Disciple,” “The Challenge of Plenty,” and “Reaching the Millennials,” demonstrated a great need of this generation—the millennials don’t understand origins issues. They are asking questions, and they want answers about creation. Collectively, these articles express our passion to reach beyond our faithful constituency to the millions in evangelical churches who are unaware of the full extent of information revealed in the early chapters of Genesis. One of our goals is to guide the millennials to God’s Word and equip them with truth. We also want to reveal the empirical scientific evidence that undergirds and confirms the Scriptures and take the message to those who are genuinely seeking answers—we are committed to unlocking the mysteries of Genesis for this generation and the next. 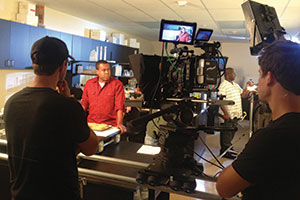 With that mission in mind, ICR is nearing completion of a 12-part DVD series titled Unlocking the Mysteries of Genesis. All of these 22-minute episodes are produced as though they were candidates for a stunning PBS series. Shot on locations around the country in labs and libraries and in major studios and unique structures, they are filled with magnificent beauty! Segments feature interviews with experts—scientists whose research unlocks the mysteries of Genesis and tells salvation’s story.

Over the past two generations, there has not been a presentation of this kind—one that provides scientific evidence, affirms a biblical worldview, and offers defensible answers to some of the most provocative and controversial questions of faith and science.

The following is an overview of the topics that will be covered in the series. 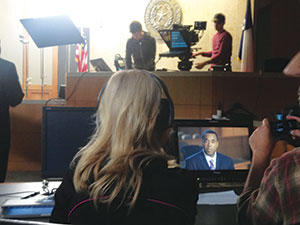 Design—Chaos or Creation? This episode kicks off the series by exploring the age-old question: Was the universe designed or is it a product of random chance? The first installment begins with a memorable and engaging introduction to the fundamentals and flaws of evolutionary theories and contrasts them with Scripture that illuminates the undeniable evidence of God’s creation.

Origins of Life—Plants and Animals. Where did life come from? Was it a chemical accident in a primordial pond or a living microscopic stowaway on an ancient asteroid? Or was it something more intentional? This episode explores the mystery of how life on Earth began. Our experts analyze the prevailing theories of life’s origins and test them against known natural laws, recent genetic evidence, and other data that point to the divine origins of plants and animals.

Origins of Life—Humans. One of the most controversial questions in all of science centers on where humans came from. Did we evolve from the animal kingdom, or were we uniquely and divinely created to hold stewardship over the earth? This episode examines some of the prevailing theories about mankind’s origins and presents fascinating new evidence from genetic and medical research that indicates we’ve been misguided by 150 years of evolutionary theories and teachings.

Fossils. What does the fossil record actually reveal about the history of life on Earth? In this episode, we explore the secrets of the past revealed by fossils and expose how appearances can be deceiving. Astonishing new discoveries from dinosaur fossils cast doubt on mainstream assumptions about the age of the earth and suggest that cutting-edge science is only beginning to uncover the wisdom and complexity of God’s design.

Noah’s Flood. There is little disagreement among scientists that the earth’s climate and geology have been drastically altered by water since the beginning of time, but they puzzle over how and when this occurred. Does the great worldwide Flood described in Genesis explain natural wonders like Grand Canyon? Or was it the result of gradual erosion over eons of time? Unlocking the Mysteries of Genesis takes this question on location, where one of the world’s leading experts in Flood geology puts the evidence on display.

Age of Earth. How old is Earth? Understanding the approximate age of the earth is more than an intellectual curiosity—it’s actually a critical issue of faith. By taking a closer look at the scientific evidence, this episode reveals why basic assumptions about Earth’s age may be flawed. A recent, explosive example provides further evidence that the earth’s ancient past may not be so ancient after all.

Dinosaurs. Dinosaurs captured our imaginations long before the field of paleontology was established in the 1700s. Dragons, winged serpents, and giant behemoths have inhabited folklore around the world for centuries. Most modern scientists claim dinosaurs became extinct eons ago, while ancient historians and monster-hunters have recorded more recent sightings. Did dinosaurs really die off before the age of man? This segment explores surprising evidence that dinosaurs may have walked the earth with early humans and explains why that matters to Christians.

The Ice Age. Most scientists agree that the earth has experienced long periods of time when glacial ice covered the continents as a result of drastic changes in geology and atmosphere. What worldwide cataclysm could have caused such a dramatic change in Earth’s climate? How did it affect the development of civilization? Could it happen again? We will dig into the causes and effects of the Ice Age and what it tells us about the world we live in today.

Ancient Civilization. If all living things except Noah and his family were destroyed in the Flood, how and when did civilizations rebuild? Where did the Neandertals come from? How did the great nation of Egypt develop? Are the Bible stories of Moses and the nation of Israel historical? Using the latest discoveries in biology, medicine, archaeology, and anthropology, this episode unearths man’s past to help us uncover the truth.

Origin of the Universe. Modern technology enables scientists and stargazers to explore distant parts of the universe that ancient astronomers only dreamed of. New physics discoveries provoke fascinating and often fanciful theories about how the universe began but offer no tangible evidence. By applying the laws of empirical science and mathematics to the question of origins, it becomes apparent that the biblical account of creation is startlingly accurate. Once again, science confirms Scripture.

Uniqueness of Earth. How is it possible that we exist at all, much less on a planet filled with so much beauty and complexity, hanging upon nothing in the endless void of space? Is the earth unique or merely, as Carl Sagan once said, “an insignificant planet of a humdrum star, lost in a galaxy” among millions of galaxies? By analyzing the uniqueness of Earth’s—and our own—position in the universe, we discover more about God’s eternal plan.

The Big Picture. Over the course of these episodes, we will guide the viewer through profound mysteries that have puzzled man for centuries. This final episode reflects on the key questions and evidence and asks the viewers to consider what they have witnessed and learned. Having seen evidence that confirms the biblical account of creation, not just on terms of faith but on terms of science, viewers should acknowledge a greater security and confidence in the Bible’s message and purpose.

Unlocking the Mysteries of Genesis has been a rewarding endeavor for our ICR team—a major effort with total costs exceeding two million dollars. We are so thankful for the supporters who have already helped in launching this project and would appreciate any support you can give as we continue this work. Your gift will help the production of this vital project continue unabated. This landmark series represents a great and new opportunity to reach more people who need to know the truth about God’s Word and His wondrous creation! Help us unlock the mysteries of Genesis for this generation and the next.