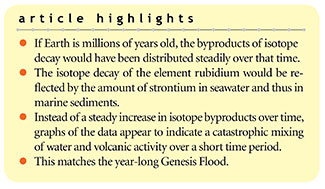 In 1948, geologist F. E. Wickman predicted that the decay of 87Rb (a rubidium isotope) in the earth’s crust and mantle would be reflected in a related increase in the 87Sr/86Sr (two strontium isotopes) in seawater as well as in strontium-bearing marine precipitates.1 This would seem a perfectly reasonable prediction within the millions-of-years paradigm that the academic geological community of the time preferred. This allowed plenty of time for the isotropic distribution of 87Sr and 86Sr in seawater and the associated marine sediments.2,3 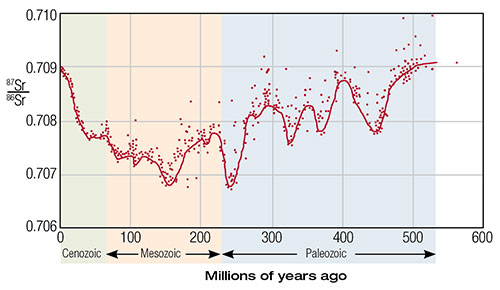 Figure 1. Plot of the 87Sr/86Sr ratio for 744 of 786 samples per the work of Burke.2 The line represents the author’s best estimate of seawater ratio versus time as a smooth function.

In order to test the above hypothesis, one study measured the 87Sr/86Sr ratio in 786 marine samples from various rock strata spanning from the present back to an assumed 560 million years ago.2 Results are presented in Figure 1. Pre-Cenozoic ages (x-axis) are based on the stratigraphic data of F. W. B. Van Eysinger and Cenozoic ages are based on the stratigraphic timescale provided by L. B. Gibson.4,5 A virtually identical graph is presented by G. Faure without the actual data points (Figure 2).3 More extensive measurements and a literature search by Veizer in 1999 verified the general trends observed earlier by Burke (Figure 3).6 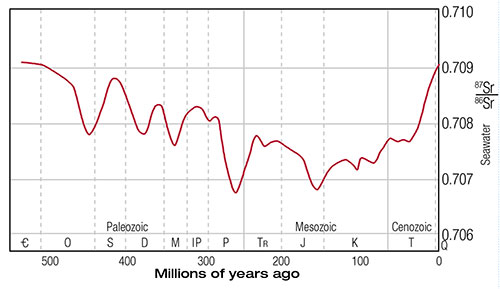 Figure 2. A plot for the variation of the 87Sr/86Sr ratio in seawater.3

Clearly, the authors of these studies couldn’t go back in time and directly measure the 87Sr/86Sr ratio of seawater for any of the supposed epochs. So, how did they arrive at these ratios? Multiple samples from each of the sedimentary rock layers used to designate the x-axis were categorized as young volcanic, old sialic or granitic crust-like, and marine carbonate rocks. Each of these rocks makes some proportionate contribution to the overall 87Sr/86Sr ratio in seawater for a given time period. A model was developed to provide what is believed to be a reliable number for the 87Sr/86Sr ratio of seawater at each point in time. Faure summarizes the formula for this model in his 1986 textbook (Figure 4).7 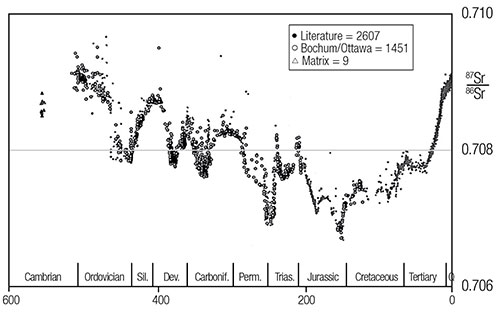 Figure 3. More comprehensive data for the 87Sr/86Sr ratio in seawater.6

1. How is it possible for the relative natural abundance of 87Sr and 86Sr to be virtually the same today as it was 560 million years ago? If the only source of 87Sr in the crust and thus in seawater is the decay of 87Rb, shouldn’t the ratio of 87Sr/86Sr have steadily increased over a half-billion-year-plus timespan?

2. Why do Burke and his co-authors throw away similar-aged samples with low strontium content or high insoluble content in order to obtain tighter clustering of the 87Sr/86Sr ratio?

3. Do the dramatic gyrations of the 87Sr/86Sr ratio better fit catastrophic mixing over a much shorter time interval? 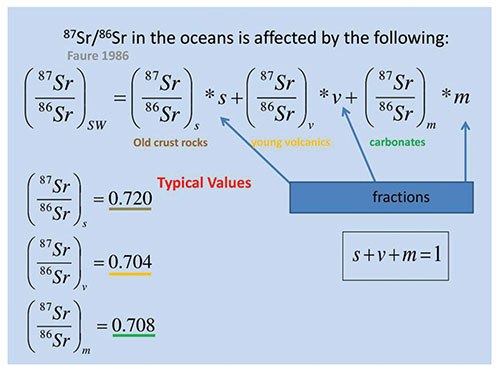 Figure 4. Formulation of a model for arriving at values of the seawater 87Sr/86Sr ratio as a function of time.7

4. The maximum value that the seawater 87Sr/86Sr ratio can reach in this model is 0.720 if contributions only come from sialic (crustal) rocks. Yet, values of 0.748 and 0.930 are observed in modern isochrons constructed from crustal rocks.8,9

5. Finally, stratigraphic dating was apparently used to establish the time frame during which each group of marine deposits was set down. How do we know that a certain rock layer was laid down 100 million years ago? We’re told we “know” how old the rock layer is because of the fossils it contains, and we “know” how old the marine deposits are because of the rock layer they occur in. This is circular reasoning at its clearest and not acceptable science.

Wickman’s initial hypothesis concerning the gradual increase of the 87Sr/86Sr ratio in seawater over geological timescales due to the decay of 87Rb has been essentially falsified. Due to the long half-life of 87Rb, one would only expect an increase of approximately 0.05% in 87Sr due to its decay. This would only increase the 87Sr/86Sr ratio from approximately 0.70907 to 0.70942. This is a small amount compared to the observed changes but, depending on the measuring system used, is a detectable change over 560 million years. But even this change is not in the observational data. The observational data show the 87Sr/86Sr ratio of today essentially returning to its 560-million-year value.

The seawater 87Sr/86Sr ratio graph could be interpreted as a rapid catastrophic mixing of water with volcanic upwellings from the deep crust and the upper mantle during a year-long worldwide flood. The 87Sr/86Sr ratio seems to be stable before the Flood (~560 million years in secular time) and after the Flood (current ratio). Perhaps the marine deposits show a time frame closer to the one clearly listed in the Bible than the one favored by current geochronology.