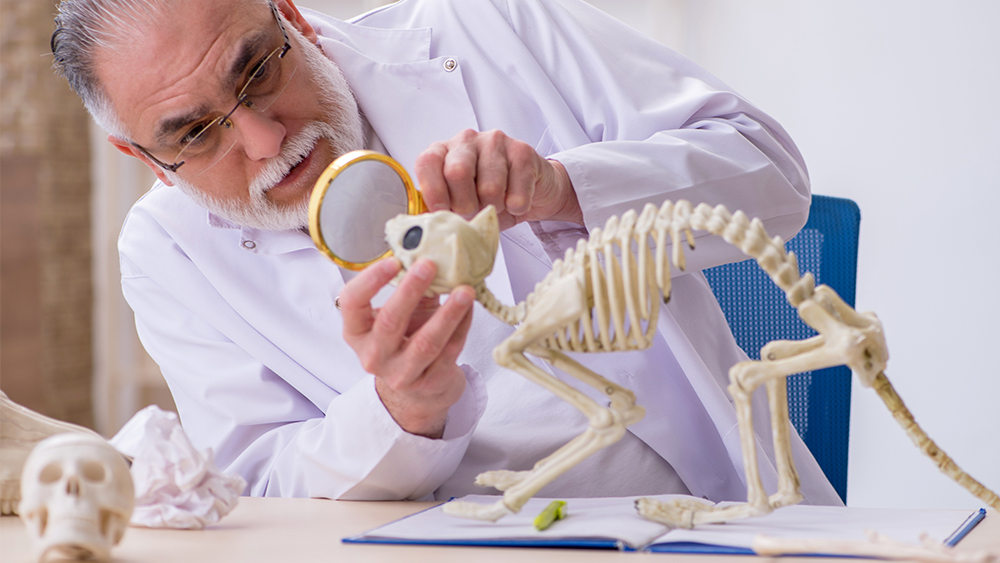 Evolution theory has been challenged yet again, this time in regard to a unique mammal fossil discovered in East Africa, “A team of 14 international researchers...published the comprehensive description and analysis of this opossum-sized mammal that lived among dinosaurs and massive crocodiles near the end of the Cretaceous period (145-66 million years ago) on Madagascar.”1

The animal is called Adalatherium and “new research describes [this] bizarre 66 million-year-old mammal that provides profound new insights into the evolutionary history of mammals from the southern supercontinent Gondwana...”1

But according to Dr. David Krause of the Denver Museum of Nature & Science, “the bizarre features of this mammal have scientists perplexed as to how it could have evolved; ‘it bends and even breaks a lot of rules,’" and therefore hardly “provides profound new insights into the evolutionary history of mammals.”1 In fact,

Its "bizarre" features include more trunk vertebrae than most other mammals, muscular hind limbs that were placed in a more sprawling position (similar to modern crocodiles) coupled with brawny sprinting front legs that were tucked underneath the body (as seen in most mammals today), front teeth like a rabbit and back teeth completely unlike those of any other known mammal, living or extinct, and a strange gap in the bones at the top of the snout.1

With such strange and unique features, it’s a daunting task to attempt to classify Adalatherium in an evolutionary tree. For instance, “its skeleton is nothing short of outlandish” and the teeth are “beyond bizarre.”

Therefore, evolutionists have determined that Adalatherium should be classified as a Gondwanatherian, a mysterious group quite different from other existing mammals. Evolutionists see Gondwanatheria's position in the mammalian family tree as quite puzzling.

Gondwanatherians...were first discovered in the 1980s and, until recently, were only represented by a few isolated teeth and jaw fragments. But even those meager remains already indicated that gondwanatherians were very different from other contemporaneous mammals. So many mysteries had surrounded gondwanatherians that it was unclear how they fit into the mammalian family tree.1

The affinities of gondwanatheres have been much debated (this is often the case with taxa represented by little more than teeth; the less the evidence, the wider the debate), but they seem most plausibly to be a unique Gondwanan side-branch of the multituberculates [an extinct order of rodent-like mammals].2

Of course, the mammalian family tree is difficult to resolve because it’s based on the failed presupposition of evolution.3

Despite the keen interest in mammals, the evolutionary history of this clade has been and remains at the centre of heated scientific debates. In part, these controversies stem from the widespread occurrence of convergent morphological characters in mammals, which makes it difficult to tease apart homology and homoplasy in phylogenetic analyses that are solely based on these characters.4

Evolutionist Dr. Simone Hoffmann of the New York Institute of Technology states, "Adalatherium is an important piece in a very large puzzle on early mammalian evolution in the southern hemisphere, one in which most of the other pieces are still missing."1 Clearly there are many missing pieces of mammal evolution—early or otherwise.

God has created a host of very unique animals during the creation week thousands of years ago. In denying this, evolutionists have attempted to explain how all of these creatures (plants included) evolved from an unknown common ancestor—a single cell that lived some 3.5 billion years ago. The fossil record says otherwise.