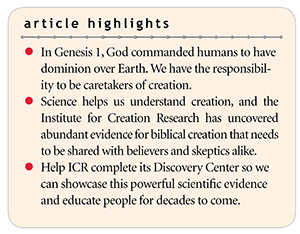 God first expressed His great love toward mankind in the first chapter of the first book of the Bible. “Then God blessed them, and God said to them, ‘Be fruitful and multiply; fill the earth and subdue it; have dominion over the fish of the sea, over the birds of the air, and over every living thing that moves on the earth’” (Genesis 1:28). Note that the command was preceded by the Creator’s direct blessing, establishing a pattern we see throughout Scripture. Even when God says, “You shall not,” He does so to protect and guide those He loves.

This first command—the dominion mandate—was given both as a blessing and a responsibility. Adam and Eve soon discovered God’s instructions encompassed far more than they could have imagined. Not only were they expected to populate Earth, they were also to manage the resources God placed around them. In this way, God would receive glory from His new creation while providing people the privilege of sharing in its magnificent bounty. 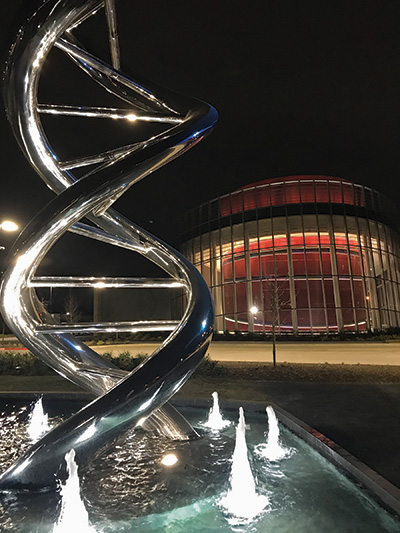 This mandate has never been revoked, and was renewed and expanded through Noah after the great Flood (Genesis 9:1-7). God will eventually destroy this world and create “new heavens and a new earth” (2 Peter 3:10-13) when His plan of redemption and judgment is complete. But until that time, humans are expected to fulfill God’s command to care for and rule over this world.

The terminology to “subdue” and “have dominion” shouldn’t be misunderstood as God’s permission to abuse and destroy. Rather, God clarifies His intention as one of stewardship: “Then the LORD God took the man and put him in the garden of Eden to tend and keep it” (Genesis 2:15). Humans were given the responsibility to manage and cultivate creation, indicating a special care for Earth’s resources. But proper “tending” and “keeping” cannot occur without a thorough understanding of creation’s underlying processes. We know this today as science, and in the biblical sense God expected people to undertake scientific study to accomplish this very first commission.

Science lies at the heart of ICR’s work. Apart from God’s Word, our scientific research is the catalyst that sparks our entire ministry. For nearly five decades, ICR has championed innovative research that demonstrates evidence for biblical creation. And thanks to our supporters, ICR scientists have uncovered a wealth of evidence that confirms the accuracy of the Genesis narrative.

But the world is largely ignorant of the evidence, and so are many Christians. The sad result is the wholesale acceptance of evolutionary explanations that conflict with the truth. We’re building the ICR Discovery Center for Science and Earth History to showcase this evidence in exciting and engaging ways.

Prayerfully consider partnering with us to bring this about. Your tax-deductible gifts will make a bigger difference than you may imagine and will be put to good use to communicate the truth of our Creator, the Lord Jesus Christ. Please visit ICR.org/DiscoveryCenter for more information on how you can be a part of reaching the next generation with God’s creation truth.