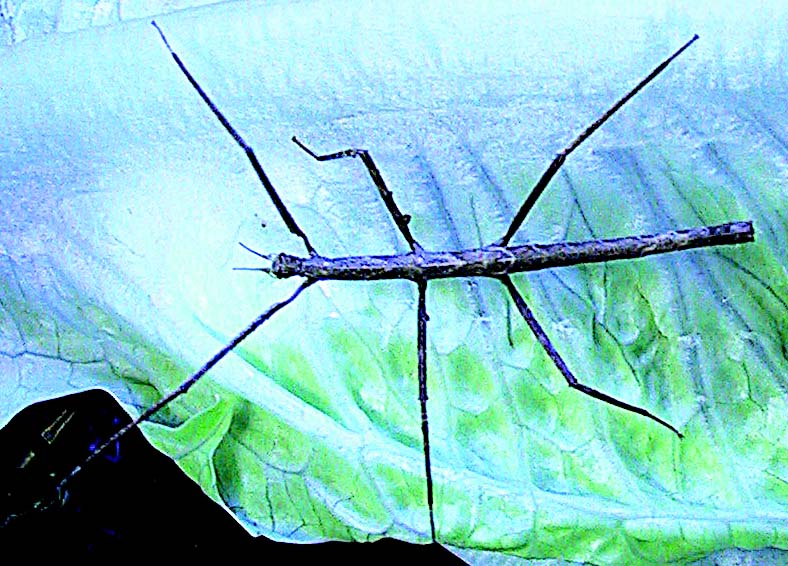 As evolution continues to be replaced by good science, Darwinists are programmed to see any change — no matter how slight — as positive evidence validating their tenuous position. Such is the case with California biologist Cristina Sandoval researching the spindly walking stick insect.1

Coloration of these creatures and which bush they prefer was the main reason for this study as well as possibly observing the splitting of the walking sticks "into two distinct species." Ironically, the research by Sandoval uncovered evidence "quite to the contrary" of the long-held view of speciation via "some singular chance event."

Speciation may be defined as the change in populations of organisms within a species into discrete species themselves that can no longer interbreed. But evolutionists are not sure what a species is, so how can one say Sandoval's work is close to observing "biology's biggest leap" — speciation?

Whatever the cause, Sandoval's investigation supports the creation model, for speciation among walking sticks may not take an "imponderable period of time." In other words, the originally created kinds of plants and animals we read about in Genesis were able to produce a wide variety of subtypes or subspecies within a short time period.

The issue of speciation regarding walking sticks is much like the 13 "new species" of finch on the Galapagos Islands off South America. Taxpayer-paid biology texts gush that the subtle beak variations (measured in millimeters) of these birds authenticate Darwin's theory. But just as walking sticks remain 100% walking sticks, finches stubbornly remain 100% finches. A secular news magazine quoted two evolutionary biologists who have researched the Galapagos finches for decades as saying, "foreseeing how a species is going to evolve is as difficult as predicting the weather."4  In fact, an evolutionist admitted, "Back in 1983, for instance . . . a male cactus finch on Daphne Major, a scandens, courted a female fortis. . . . like Romeo and Juliet: they belonged to two different species. Yet during the chaos of the great flood [on the Islands in the 1980s], they mated and produced four chicks in one brood."5

Science shows that whether they are vertebrates (finches), invertebrates (walking sticks), or even bacteria—any observed change is minor and horizontal in nature, with no net increase in genetic information leading to large (vertical) change, or macroevolution.