Speciation of Bears, Birds, and Bacteria is not Evolution | The Institute for Creation Research
Skip to main content 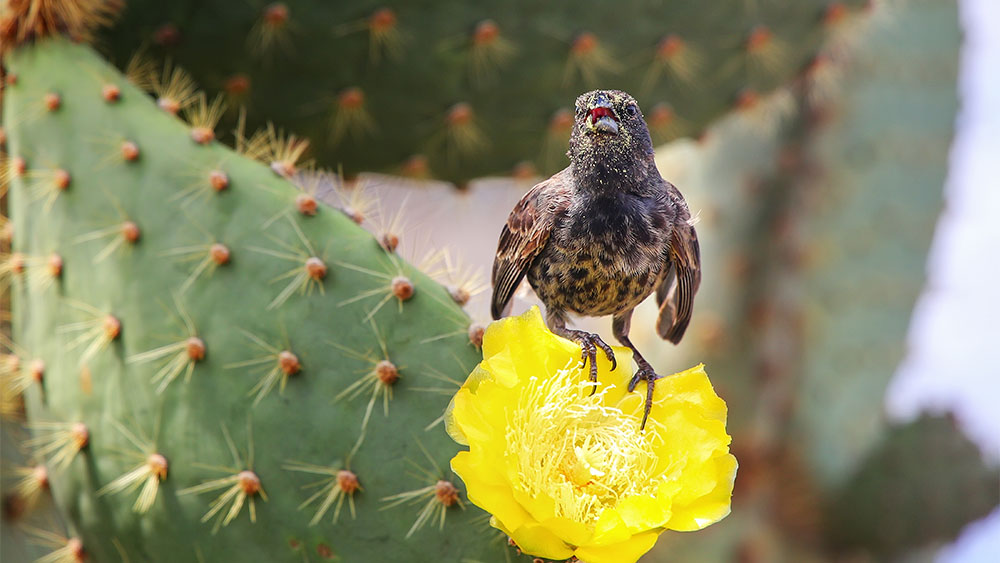 NEWS     CREATION SCIENCE UPDATE     DESIGN FOUND IN NATURE INSPIRES INNOVATION
Speciation of Bears, Birds, and Bacteria is not Evolution
BY FRANK SHERWIN, D.SC. (HON.) *  |
TUESDAY, JULY 05, 2022
Speciation may be defined as the separation of populations of animals or plants that resemble one another closely and originally able to interbreed—into independent populations with genetic differences, and sometimes not able to interbreed with other populations to which they are directly related. Put another way, speciation is when one creature becomes two or more species. However, according to a respected evolutionist, “Speciation remains one of the most controversial and least understood topics in evolution.”1 The main problem is that the use of the term ‘species’ can be arbitrary and non-definitive.

Charlotte Lindqvist at the University at Buffalo College of Arts and Sciences said recently, "The formation and maintenance of species can be a messy process."2 Lindqvist is an expert on bear genetics and was addressing the histories of brown bears and polar bears (which are interfertile and occasionally interbreed in the wild).

. . . our results demonstrate a complicated, intertwined evolutionary history among brown and polar bears, with the main direction of gene flow going into polar bears from brown bears. This inverts a hypothesis suggested by other researchers that gene flow has been unidirectional and going into brown bears around the peak of the last ice age.2

When did this split into two species of bears occur? Evolutionists can only say: over a million years ago. However,


“The age of the split has been and remains a topic of scientific debate, with past interbreeding and limited fossil evidence for ancient polar bears among factors that make the timing hard to pinpoint” stated Lindqvist.2

Using the infamous molecular clock is of limited value.
[T]he number of synonymous differences between species is used as a ‘molecular clock’ to estimate how long ago speciation events took place—but these estimates would be inaccurate if selection actually constrains a lot of synonymous variation, effectively slowing the clock.3 [emphasis added]

Lindqvist also stated, “there was multidirectional genetic mixing going on as different groups of archaic humans mated with ancestors of modern humans.”2 That is, mixing between Neanderthals and Denisovans. Two years earlier, geneticist Jeff Tomkins stated,


When the genetic distance between humans, Neanderthals, and Denisovans was calculated, the values were even closer than those found between various animals that are known to readily and easily hybridize in the wild. This includes polar bears mating with brown bears and coyotes mating with wolves. In fact, professor Greger Larson, who is the Director of the Palaeogenomics and Bio-Archaeology Research Network at Oxford University and the senior author of the study [i.e. analysis of the genetic sequence from different mammal species] said, “Humans and Neanderthals and Denisovans were able to produce live fertile young with ease.”4

The same can be said of the varieties of (“Darwin’s”) finches found on the Galapagos Islands in the eastern Pacific Ocean. Two evolutionary ornithologists spent over four decades in these islands unknowingly documenting what the Bible teaches in Genesis chapter one. God created finches after their kind. The supposed thirteen new species had the genetic ability to move in and fill various ecological niches (e.g. different areas on different islands) based in part on the variation of their beak structure. But are they new species? No.


Back in 1983, for instance . . . a male cactus finch on Daphne Major [an island], a scadens, courted a female fortis. This was a pair of truly star crossed lovers. They were not just from the opposite sides of the tracks, like the Prince and the Showgirl, or from two warring families, like Romeo and Juliet: they belonged to two different species. Yet during the chaos of the great flood, they mated and produced four chicks in one brood.5

So, these birds are not “independent evolutionary units which can interbreed no longer.”6 They are a variation of the finch kind within the subfamily Geospizinae. Evolutionists maintain they evolved from a single finch species that flew to the islands from the mainland “two million years ago.”7

The creation model states finches, like England’s peppered moths,8 have close genetic similarities, and like the peppered moths, what zoologists observed with the finches is a change in the ratio of preexisting varieties. There was no real (vertical) evolution.

The popular research bacterium, Escherichia coli, is being used in what evolutionist Richard Lenski at Michigan State University calls a long-term evolutionary experiment (LTEE).9 After 75,000 carefully monitored and documented generations the evolutionists still have E. coli.

It is called one of biology’s longest-running experiments, but so far it only documents the minor variations of the bacteria E. coli. Since February of 1988 when the experiment started with 12 identical populations of E. coli until now, the bacteria stubbornly remain the same genus and species.

When this long-term evolutionary experiment finally ends creationists predict Lenski and his colleagues with end up with what they started with: E. coli.

The evolutionary-biased term ‘speciation’ is better defined within a biblical model that also fortuitously aligns itself with real-world biology.  This biblical model is based on the fact that plants and animals were created according to their kind with innate mechanisms to diversify and adapt within their kinds to succeed and fill niches.