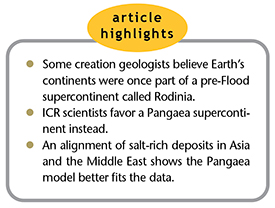 CREATION PODCAST
Who Created the Universe? | The Creation Podcast: Episode 27
What is the Big Bang theory? Does it align with a biblical worldview? How do design and fine-tuning offer better answers? In this episode of The Creation...
BY: STAFF WRITER
Shop Related Products
$