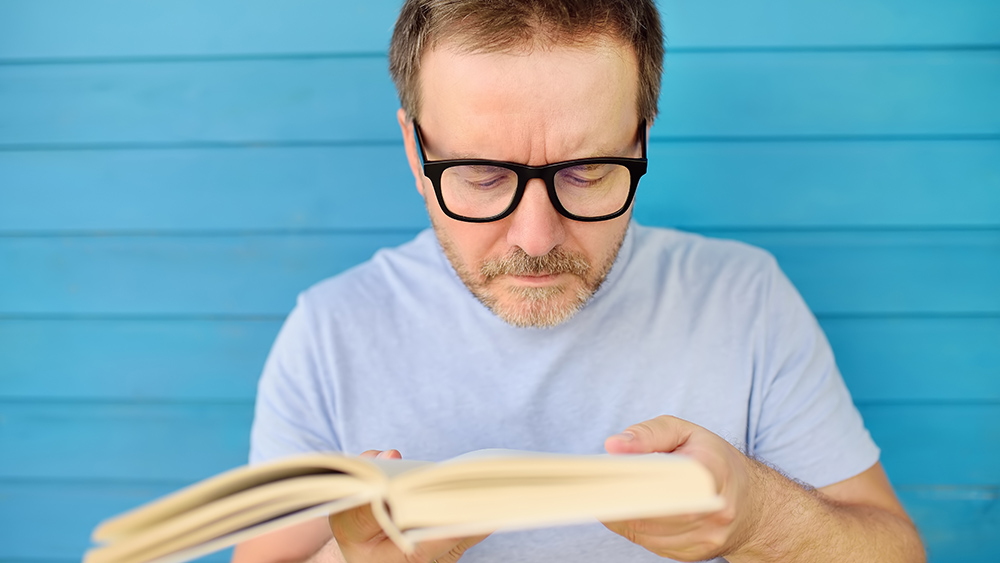 NEWS     CREATION SCIENCE UPDATE     LIVING CREATURES WERE CLEARLY DESIGNED
New Ways to See Nearsightedness
BY RANDY J. GULIUZZA, P.E., M.D.  |
THURSDAY, JULY 25, 2019
Steve Turpin, O.D., M.S., a Doctor of Optometry, wrote about an alarming increase in nearsightedness in developed societies on behalf of the Evolution Institute (EI). His conclusions actually contradict Darwinian evolution.1 In fact, everything Dr. Turpin writes would have nothing to do with evolution were it not for his evolutionary conception of human history. Turpin, like many evolutionists, equate the primitive human ancestors that they envision in their minds to certain native populations living around the world today.

The point of his article is that,


As hunter gatherers, our survival was dependent on identifying resources and threats, usually at a distance, in an outdoor setting. Native populations around the world that most closely mimic our ancestral groups (traditional diet and work) maintain a rate of nearsightedness (myopia) of less than 5%.1

But in societies where reading, computer work, cell-phone interactions, and crowded visual spaces are very high “the rate of nearsightedness has skyrocketed in the last century and is projected to reach 50% worldwide by the year 2050.”

Nearsightedness, also called myopia, is the visual characteristic of seeing things closer to the eyes more clearly than objects that are far away. A cornea, or lens, that bends light too much—or a more egg-shaped eye ball—will cause the image to be focused in front of the retina instead of on the retina. These eye characteristics can contribute to nearsightedness. Corrective lenses adjust the point of focus and place it on the retina, which makes it clear rather than blurry.

Turner references recent research indicating, “The huge increase in such a short period of time suggests that genetics are not the primary driver of the phenomenon. Certain genetic makeups may predispose an individual to become nearsighted in a specific environment but it is not guaranteed. Myopia is not a destiny, it is an adaptation [Turner’s emphasis].”

If myopia is an adaptation (and no one quite knows the causal mechanism yet), then the observed characteristics of its increase in the population are that it is described as a rapid and specific solution to the challenges posed by people doing more work up close. Turpin should realize that rapid and specific adaptations indicate a highly regulated internal mechanism—an optimized mechanism. This points to a designed adaptation rather than to something that results from random change.

The Darwinian selectionist mechanism expects that either random (or created) genetic variation is fractioned out in the population through deadly struggles to survive. But the increased percentage of nearsighted people is happening in civilized populations where no one is dying, for whatever reason, from non-nearsighted vision prior to their reproductive years. In fact, no evidence was given that explained why men or women who are unable to see far away are more reproductively successful with members of the opposite sex over people who could spot potential mates from a distance. So, lacking the mystical—yet obligatory—“selection event” where nature “favors” one creature’s survival over another’s, one could ask: Where is the evolution?

Since the Evolution Institute exists “to solve real world problems with science” (by “science” they mean evolution), then understanding why Turner is writing this for the Evolution Institute is puzzling. Their webpage claims that “the EI is capable of applying a single theoretical framework—evolution—to all major policy issues at all scales, from neighborhoods to nations to world history.” But unless one confuses “adaptation” with “evolution,” then evolution is neither causing the nearsightedness phenomenon nor explaining its rise in some populations.

In contrast, the Institute for Creation Research has been promoting an organism-focused, design-based framework to explain what organisms do as they adapt.2 The organism-focused component of the framework hypothesizes that organisms have internal mechanisms enabling them to actively and continuously track environmental variables and respond by self-adjusting to changing environments—which results in their adaptation. The design-based component assumes that these internal mechanisms utilize the same engineering principles constraining how human-designed objects self-adjust to changes. A model called Continuous Environmental Tracking (CET) flows from this framework. CET expects to find that how organisms adapt is via innate systems with elements analogous to those within human-engineered tracking systems, namely: input sensors, internal logic mechanisms to select suitable responses, and actuators to execute responses.

Could some humans be sensing the increase in near-work conditions which triggers the internal self-adjustment of an increased tendency toward nearsightedness? That hypothesis seems to fit the current observations better than Darwinian selectionism and suggests a research project worth investigating.

*Randy Guliuzza is ICR’s National Representative. He earned his M.D. from the University of Minnesota, his Master of Public Health from Harvard University, and served in the U.S. Air Force as 28th Bomb Wing Flight Surgeon and Chief of Aerospace Medicine. Dr. Guliuzza is also a registered Professional Engineer.
More Days of Praise

CREATION PODCAST
Who Created the Universe? | The Creation Podcast: Episode 27
What is the Big Bang theory? Does it align with a biblical worldview? How do design and fine-tuning offer better answers? In this episode of The Creation...
BY: STAFF WRITER
Shop Related Products