A Nation Asks Why | The Institute for Creation Research
Skip to main content
ACTS & FACTS     EDITOR'S COLUMN
A Nation Asks Why
BY JOHN D. MORRIS, PH.D.  |
TUESDAY, MAY 01, 2001 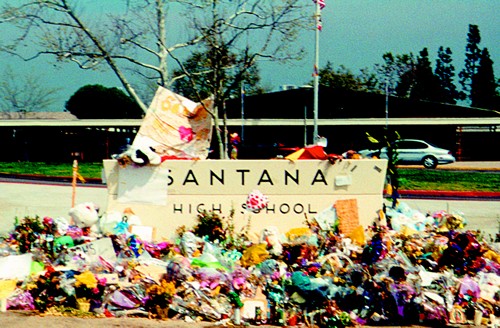 The work day started that Monday as do many, with everyone tackling a variety of projects. But we noticed the continual sirens outside, and the helicopters flying overhead.

And then the news raced through the halls: a student at nearby Santana High School, on a deadly rampage, had shot and killed a number of his classmates. Thirteen were wounded, two were dead. It can't be! This is something that happens somewhere else! Now it happened here, at our local high school, just one mile from ICR. Just three weeks later it happened again, only five miles away at the Granite Hills High School in El Cajon.

Thankfully, none of the ICR family had been directly impacted, but we all knew people at the schools, some quite personally. Soon we were glued to the radio just like everyone else. We heard the same question, over and over again, "Why did this happen?" and, "Why would these young students resort to such violence?"

Twice the streets were choked with media from around the world. I counted about 40 broadcast trucks, each equipped with a satellite dish on the street outside each school. Each broadcast, each commentator asked the same "Why?" questions, and many had an answer that served their own agenda. "It's too many guns" some would say. Others blamed lack of parental involvement in the kids' lives and education. Classmates related how the gunmen had been targets of "bullying." Others decried the entertainment industry with its songs and movies that glorify violence. "Something oughta be done."

Each of these answers to the "why?" question has an element of the truth to it, but each only seeks to alter a selected behavior. But the Christian knows that it is something deep inside man, his very nature, his inner motivations, and wrong ways of thinking which manifest themselves in wrong behavior patterns. The solution to any behavior problem must address these deeper issues, but still we seek an answer to the "why?" question.

Christians in the community rightly pointed out that the rise in school violence has paralleled the removal of God from the schools. Most students no longer have any understanding of right and wrong and know little of Biblical guidelines for life.

Who can doubt that American society as a whole is in decline? Not just violence, but drugs, divorce, dishonesty, and disrespect dominate society. Are we seeing the national fruit of abandoning the Christian worldview? I think so, but it is not simply that one worldview has been rejected; another has been embraced in its stead. Nowhere is this more evident than in the schools of our land.

A completely secular, yea, an anti-Christian worldview has now been aggressively taught in our schools ever since the cultural revolution of the sixties. Today's adults, school teachers, politicians, media commentators, judges, textbook writers, etc., were all recipients of this misinformation and all too often reteach it as a fact. They act on their beliefs and encourage others to follow suit. They were taught, among other things, that humankind is merely a result of natural processes, like natural selection, that there is no Creator to whom they are accountable for their actions and choices. They have been led to think that man is only a highly evolved animal, that personal pleasure outweighs consideration for others, that human life has no destiny. From this sewage of wrong thinking has come the outbreak of wrong behavior. In this milieu of false ideas, aberrant actions can flourish and find justification. Not every evolutionist commits vile acts, but as society adopts this wrong worldview, we can expect abundant wrong behavior.

Certainly the individual students are responsible for their actions and must face the consequences, but I submit that those who have taught them, and those who taught their teachers, their parents, their movie idols, and their favorite singers a wrong system of thinking, should bear some of the blame. If we are ever to rise above these awful consequences, the awful cause must be addressed and removed.

These episodes in San Diego, while they don't have good endings, do have their positive side. Several evangelical churches in the area moved quickly to minister the love of Christ to families who are hurting. Through it all, scores of students and parents have turned to God for solutions from the wrong thinking and choices that have been made. The tragedy has brought heartbreak to our community, and we extend ongoing prayers for continued healing.