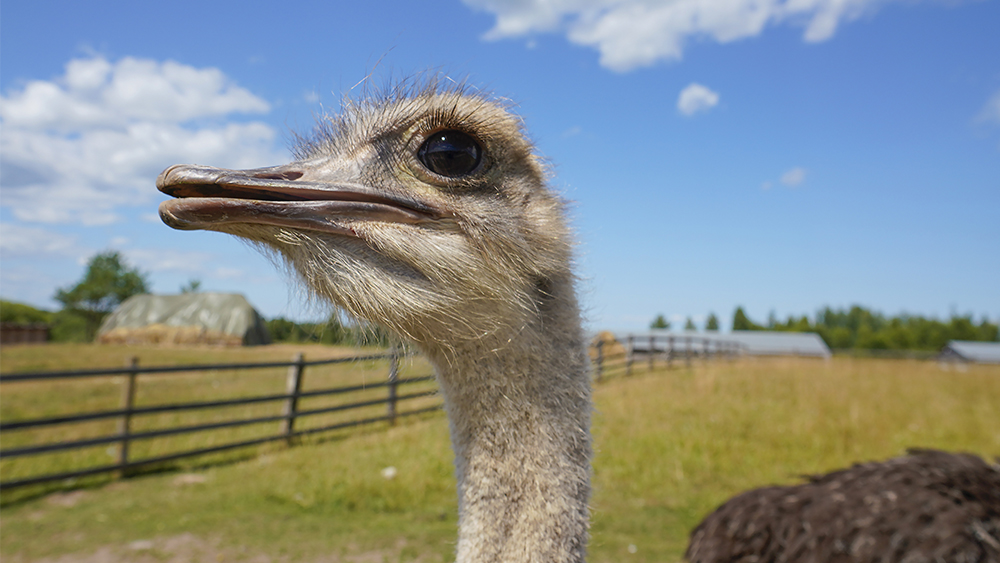 Science is dynamic. What was considered incontrovertible for decades can be overturned with a simple discovery or more research.

So it is with the never-ending problems with bird evolution. As creationists, we understand birds were created as birds thousands of years ago on Day 5 of the creation week. A majority of evolutionists, however, posit birds somehow evolved from bony-tailed theropod dinosaurs.

The prestigious Nature magazine stated, “When it comes to understanding the earliest evolution of modern birds, beak structure is crucial.”1

For 155 years it was taught—as fact—that the ancient bird ancestors of modern birds had beaks that were jointed, allowing the top beak to move up and down independently of the head. The flightless group of birds (including emus, rheas and ostriches) are unable to move their upper beaks and are considered primitive by evolutionists. Of course, to call the immovable upper beak primitive is subjective. Birds designed by the Creator with this type of beak are thriving.

Recently, a key feature of the story of avian evolution is having to be rewritten, “Fossilized fragments of a skeleton, hidden within a rock the size of a grapefruit, have helped upend one of the longest-standing assumptions about the origins of modern birds.”2 Specifically, “a skull bone from 67 million years ago reveals that ancestors of modern birds had jointed beaks, not immobile ones as biologists have long thought.”3

It was none other than T.H. Huxley, a militant spokesman for evolution, who, in 1867, first suggested—erroneously—that jointed beaks evolved from birds with fused upper beaks. He was wrong. Early birds had jointed beaks, which means fused-beak birds lost their jointed beak condition. This is evolution supposedly going backwards, affecting emus, ostriches and their relatives. Evolutionists maintain this is a primitive condition occurring after modern birds arose.

But, as mentioned, according to evolution, the ancient ancestors of modern birds already had jointed beaks.

The findings suggest that, surprisingly, ostriches and their relatives must have evolved a fused beak later, says Lawrence Witmer at Ohio University, who wasn’t involved in the study. “We always thought the palatal [relating to the palate] structure of ratites [a flightless, running bird] was primitive and dinosaur-like,” he says. “This new study is a remarkable example of how just a few key fossil remains—analysed with a keen eye—can overturn some longstanding and cherished notions.”3

So much for evolutionary notions about beak origin.

Scientists still hold to bird evolution, even when it has been upended by “one of the longest-standing assumptions about the origins of modern birds,”2 because they say, “...While this discovery does not mean that the entire bird family tree needs to be redrawn, it does rewrite our understanding of a key evolutionary feature of modern birds.”2

As Nature magazine cryptically puts it,

Our results, combined with recent evidence on the ichthyornithine palatine, overturn longstanding assumptions about the ancestral crown bird palate, and should prompt reevaluation of the purported galloanseran affinities of several bizarre early Cenozoic groups such as the ‘pseudotoothed birds’ (Pelagornithidae).4

This new discovery confirms what the Bible attests. Birds did not evolve from dinosaurs (theropods); they were recently created by Jesus.


*  Dr. Sherwin is science news writer at the Institute for Creation Research. He earned an M.A. in zoology from the University of Northern Colorado and received an Honorary Doctorate of Science from Pensacola Christian College.